On June 24, the Supreme Court released a decision in Dobbs v. Jackson Women’s Health Organization, upholding the constitutionality of a 2018 Mississippi law banning abortion after 15 weeks of pregnancy. The court also ruled 5-4 to overturn Roe v. Wade, a 1973 decision that protects pregnant people’s right to privacy without excessive government restriction.

CU Boulder Today spoke with Jennifer Hendricks, a professor at the University of Colorado Law School, to understand her interpretation of the rulings.

What does this decision mean?

Dobbs v. Jackson Women’s Health overturns Roe v. Wade, eliminates the constitutional right to abortion, abolishes pregnant women’s right to privacy and allows states to make abortion a crime at any point during a pregnancy. It also opens the door to prosecuting women for accidental harm to a fetus during pregnancy, such as if a woman drinks alcohol or gets in a car accident.

In addition, opponents of abortion rights have long claimed, falsely, that many methods of contraception are equivalent to abortion. We can expect to see prosecutors and legislatures applying their abortion bans to the pill, Plan B, IUDs and other long-acting, reversible contraceptives (LARCs). The Dobbs decision adopts a legal standard that will require courts to defer to the views of state legislatures, not scientists, on whether contraceptives are really abortion, which means bans and criminalization of those contraceptives will be upheld.

Is it common for SCOTUS to overturn previous SCOTUS rulings? Why this one?

According to a list kept by the Library of Congress, the Supreme Court has overruled itself 233 times in its history (since 1790). There’s a fair amount of interpretation that goes into deciding whether something has been overruled, and that list includes cases that have only been partially overruled or that have been undermined but not definitively undone. Professor David Schultz at the University of Minnesota counts only 145 true overrulings through 2020.

Roe v. Wade is probably the most re-affirmed case in the court’s history. The principle that pregnant women have a right to privacy that includes the right to abortion was endorsed by 15 justices out of the 21 who faced that question from 1973 to 2017. 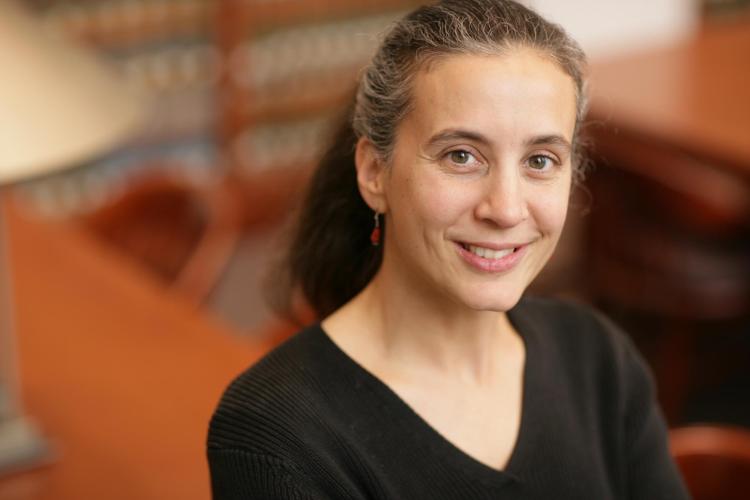 Roe v. Wade has been overruled because the Republican Party and the Federalist Society spent decades orchestrating the appointment of justices who would overrule it. Meanwhile, the governing class of the U.S. has increasingly either tolerated or promoted fascist tendencies in our politics. One of the few shared characteristics of fascist regimes is that they enforce traditional gender roles and control of women’s sexuality and reproductive capacity, so the targeting of Roe is consistent with that overall trend.

What are “trigger laws” we have heard about related to Roe v. Wade? How do they work?

A trigger law is an abortion ban that states passed in anticipation that Roe v. Wade would be overruled. Some of these trigger laws go into effect automatically, while others require a state official to certify that the ban can now be enforced. In addition, some states still have pre-Roe abortion bans sitting on their books, and those are now back in effect. Among Colorado’s neighbors, Wyoming and Utah have trigger bans. Oklahoma, like Texas, didn’t wait for Roe to be overruled and put its ban into effect as soon as the overruling seemed assured.

Is it constitutional for a state to ban its citizens from going to other states for abortions?

The only time when the Supreme Court has commented on that question, its answer was “no.” In 1971, two years before Roe v. Wade, the editor of a campus newspaper at the University of Virginia was prosecuted for running an ad for an abortion provider in New York. In the course of throwing out that conviction, the Supreme Court said Virginia could not “prevent its residents from traveling to New York to obtain those services or…prosecute them for going there.” The court went on: “A State does not acquire power or supervision over the internal affairs of another state merely because the welfare and health of its own citizens may be affected when they travel to that state.”

However, it’s likely this precedent, like Roe v. Wade itself, will mean little to the current Supreme Court. In addition, litigation over states trying to enforce their abortion bans across state lines will likely be complex and take a long time, which will serve the purpose of frightening doctors and other people in states like Colorado who would otherwise help women from states like Texas.

How hard is it to change a state’s constitution?

Speaking of our state constitution, Colorado has some trigger laws of its own. Colorado’s ban on same-sex marriage and “Amendment 2," which prohibited non-discrimination laws that would protect gay or lesbian people, are still in the constitution and would go back into effect if the U.S. Supreme Court overruled the cases that struck them down. Those cases, especially the marriage case, were based on the same legal principles as Roe v. Wade, so they are threatened by the decision in Dobbs. The Dobbs majority distinguished those cases and suggested that it might not overturn them, but the majority did not criticize Justice Thomas’ concurrence, in which he argued for overruling the same-sex marriage case as soon as possible.

What does the law currently say about medication abortion?

Under this decision, the state’s power doesn’t depend on the method of abortion because the Supreme Court completely eliminated the pregnant woman’s right to privacy. Texas has already banned medication abortion. Other states will follow, and those bans will be upheld.

What could happen next?

This decision is devasting for women’s rights. Women and doctors will risk prosecution to travel for abortion care or to smuggle abortion medications into states where they are banned. Some will be prosecuted and jailed, but those options will hopefully reduce the number of women turning to unsafe alternatives. Doctors in states like Texas will be afraid to treat ongoing miscarriages or ectopic pregnancies, so women will suffer and die from those conditions when they could have been treated and saved.

More women will also die from complications of pregnancy and childbirth. In the U.S., you are about 30 times more likely to die from carrying a pregnancy to term than from jumping out of a plane. As is currently the case, the women who die will be disproportionately African American.

Among women who know they are pregnant, about 10 to 20% of pregnancies end in miscarriage, and every miscarriage is now a potential criminal case. Women will be investigated and prosecuted not just for intentionally trying to abort a pregnancy but also for “negligently causing” a miscarriage. Women have already been charged for falling down stairs, getting in car accidents, taking drugs and getting shot while pregnant.

Politically, the Women’s Health Protection Act could provide support for women, but it has twice failed to overcome a filibuster in the Senate, and would likely get struck down by the Supreme Court if it were to somehow pass into law. Furthermore, the next time the Republicans control both houses of Congress and the White House, they will likely abolish the filibuster and ban abortion nationwide. The Supreme Court would likely uphold such a ban.

Between 1898 and 1969, 62 nuns were buried in a historic cemetery in southwest Denver. This summer, Lauren Hosek is helping to move the remains to a new resting place. END_OF_DOCUMENT_TOKEN_TO_BE_REPLACED

A recent production of “Charlie and the Chocolate Factory” by a therapy group for aphasia—a neurological condition that impairs the ability to speak and understand language—aimed to help participants gain confidence in communication and other skills. END_OF_DOCUMENT_TOKEN_TO_BE_REPLACED

Dozens of viruses, including the one that causes COVID-19, have jumped from animals to humans, often with deadly consequences. Sara Sawyer wants to know which one is next. END_OF_DOCUMENT_TOKEN_TO_BE_REPLACED
Return to the top of the page