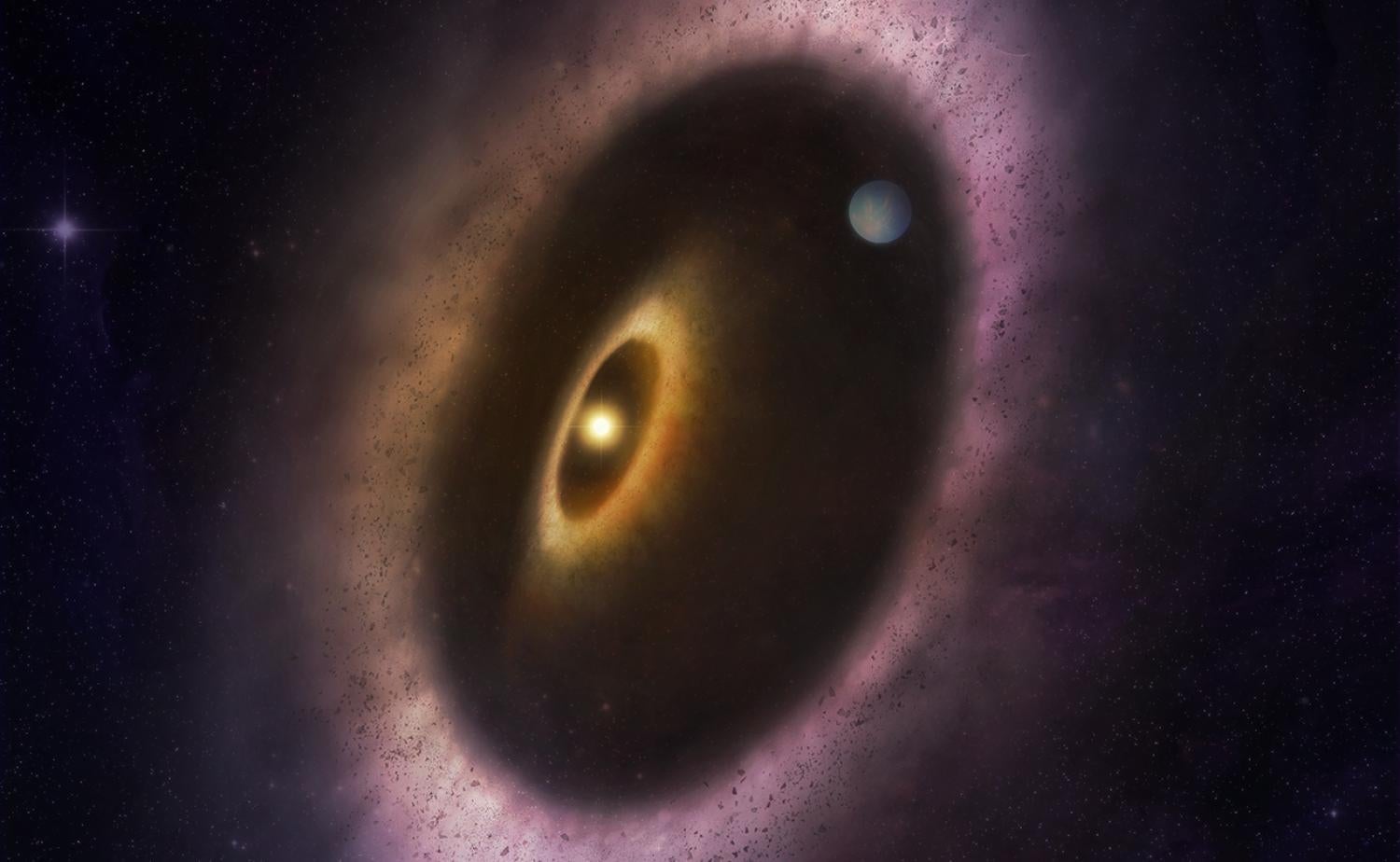 Read the full story from the National Radio Astronomy Observatory

A team of astronomers led by CU Boulder’s Meredith MacGregor have used the Atacama Large Millimeter/submillimeter Array (ALMA) to image the debris disk of the nearby star HD 53143 at millimeter wavelengths for the first time. And, MacGregor reported at a press conference June 14, the disk looks nothing like the group expected.

Based on early coronagraphic data, scientists expected ALMA to confirm the debris disk as a face-on ring peppered with clumps of dust. Instead, the observations took a surprise turn, revealing the most complicated and eccentric debris disk observed to date. MacGregor presented the results today at the 240th meeting of the American Astronomical Society (AAS) in Pasadena, California.

“Until now, scientists had never seen a debris disk with such a complicated structure,” said MacGregor, an assistant professor at the Center for Astrophysics and Space Astronomy (CASA) and Department of Astrophysical and Planetary Sciences (APS).

MacGregor notes that debris disks aren’t just collections of dust and rocks in space. They are a historical record of planetary formation and how planetary systems evolve over time and provide a peek into their futures.

“We can’t study the formation of Earth and the solar system directly, but we can study other systems that appear similar to but younger than our own. It’s a bit like looking back in time,” she said. “Debris disks are the fossil record of planet formation, and this new result is confirmation that there is much more to be learned from these systems and that knowledge may provide a glimpse into the complicated dynamics of young star systems similar to our own solar system.”

For decades, a community of "data stewards" has toiled behind the scenes to build records showing that humans, and not the sun, are responsible for driving the planet's climate into dangerous territory. END_OF_DOCUMENT_TOKEN_TO_BE_REPLACED

Astrophysicist John Bally takes a look at the first images from NASA's James Webb Space Telescope—an instrument that is gazing farther into space and time than anything ever built by humans. END_OF_DOCUMENT_TOKEN_TO_BE_REPLACED

When NASA's OSIRIS-REx spacecraft arrived at the asteroid Bennu, scientists discovered something surprising: The asteroid's surface wasn't smooth like many were expecting but was covered in large boulders. Now, a team of physicists think they know why. END_OF_DOCUMENT_TOKEN_TO_BE_REPLACED
Return to the top of the page