“At least 1 dead and 5 wounded in shooting at California church.”

Such headlines have dominated the news in 2022, with at least 213 mass shootings already on the books less than five months into the year.

With each comes complicated questions for journalists: How much should they focus on the perpetrator versus the victims? How, if at all, should they reference the hate-filled tomes that inspired the crime? How can they cover the story without harming loved ones or inspiring copycats? 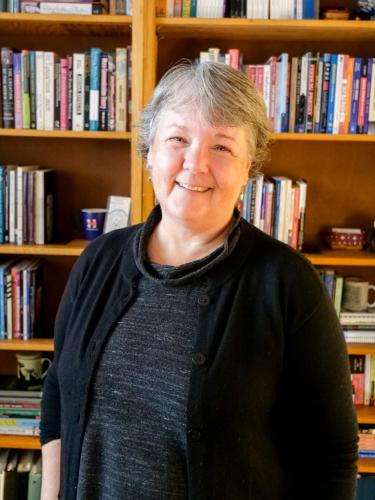 In the wake of the Uvalde, Texas, shooting, taking the lives of 19 school children and two adults in an elementary school, Skewes discusses what trends her research has revealed and what advice she has for journalists.

When and how did you get interested in studying this?

I got started on it because of the 2012 Aurora theater shooting. There was a lot of coverage of the shooter, James Holmes, who had dyed his hair orange. Family members were saying, “Don’t talk about the shooter,” and some Denver news stations were trying to honor that.

In my heart, I wanted to respect that. But then I thought, there's a lot about his story that I want to know: What were the red flags? Why didn’t people, like his therapist, report what they saw? We do need to talk about them to some degree so we can better recognize warning signs and intervene the next time. I wanted to study that tension point.

What has changed in the way media outlets cover mass shootings?

The first one we're looking at is the 1966 “tower shooting” at the University of Texas at Austin—the point when these started ticking up. Back then, there was much more focus on the shooter, and coverage of the victims was limited to name, age and condition in the hospital. That was before the HIPAA privacy laws, so hospitals were still allowed to release that information to the press.

Post-Columbine, we've seen a shift to a greater emphasis on the victims’ stories. And since Ethan Crumbley’s parents were charged with involuntary manslaughter after he fatally shot four classmates at Oxford High School in Detroit, Michigan [in November 2021], more attention is now being paid to the parents.

Some argue that covering the shooter inspires copycats, the contagion effect. Does it?

One 2015 study says that statistically speaking, when a mass shooting occurs, it increases the probability of another mass shooting by 0.3 new incidents for two weeks after the initial shooting. However, the idea is challenged by other research on the topic, so the answer isn’t clear.

To me, in the era of social media, it seems almost naïve to attribute this to traditional media outlets. We can clamp down and say to The New York Times, The Washington Post, CNN and Buffalo News: Let’s not talk about these people. But other perpetrators are often getting their inspiration from social media sites anyway. For instance, Payton Gendron, the Buffalo shooter, is believed to have been radicalized on [the online anonymous bulletin board] 4chan.

How else has social media changed the way these things are reported?

It has challenged mainstream media in two ways. In cases like the King Soopers shooting, there was a guy with a cellphone recording and saying, “I’m a journalist.” Well, he's not a journalist, in the sense of being trained and understanding law and ethics and storytelling. He’s just a guy pointing a cell phone at stuff with no decorum or respect for others. That hurts journalism.

The other place where it gets challenging is that the information is out there anyway, and news organizations are trying to find their balance between noting what's out there and giving the shooter a voice.

How are they straddling that line?

A lot of news organizations have landed on mentioning writings or videos but not linking to them. I think that’s appropriate. For members of the public who might really want to see them, they can be found. However, typically it’s not as easy as a simple Google search since a lot of social media outlets will remove writings or videos as soon as they are aware of the shooting. So finding them takes a little more work. That’s how it should be.

NPR refuses to use the term manifesto to refer to Gendron’s 180-page document glorifying the white nationalist ‘great replacement.’ What do you think?

They make a good point. Words do have meaning, and calling the writings of a mass shooter a manifesto could signal that it has more depth or gravitas than calling it a screed, for example. Likewise, perhaps we should stop calling the “great replacement” a theory. It gives it too much credence.

What else can journalists do to cover these events sensitively?

Media organizations need to be careful about when and how they talk about shooters. If you go back to 1966, the Texas tower shooting, for instance, there were lots of stories about how Charles Whitman had been a Boy Scout troop leader and a pianist and things like that. Honestly, I don't really care about what a good guy this person supposedly was early on. Media organizations don’t need to do anything to humanize someone who has just done something so horrendous. What I want to know is: How did they get the weapons? What were the signs somebody around them could or should have caught?

Also, timing is critical for naming the victims. You don't want the media to be the way someone finds out that their son, daughter or close friend was killed.

Does the media have a role to play in preventing mass shootings?

There is a tendency for media outlets to report that something happens and move on to the next headline. What I would love to see is more big national projects looking at this in terms of policy issues. That’s in part what I am doing with my project. Whether it’s gun laws or mental health or better reporting mechanisms or holding parents accountable, let's put it on the table and create a forum for discussing it.

The media needs to keep a spotlight on this, beyond just, “Here’s another tragic event,” just as politicians need to do more than say, “Our thoughts and prayers are with you.” We can do more.

Seventy-eight years ago on Jan. 27, the Auschwitz concentration camp closed after liberation by the Soviet army. Professor Janet Jacobs, who researches genocide, trauma and collective memory, discusses the ways in which the experiences and trauma of Holocaust survivors are passed down through generations. END_OF_DOCUMENT_TOKEN_TO_BE_REPLACED

A model of your very own kidney made entirely from soft and pliable polymers? Researchers at two CU campuses are on the cusp of 3D printing realistic replicas of human anatomy. END_OF_DOCUMENT_TOKEN_TO_BE_REPLACED

Legalizing recreational cannabis does not increase substance use disorders or use of other illicit drugs in adults and may reduce alcohol-related problems, according to new research. The study also found no link between cannabis legalization and increases in cognitive, psychological, social, relationship or financial problems. END_OF_DOCUMENT_TOKEN_TO_BE_REPLACED
Return to the top of the page