What’s responsible for the uptick and what—if anything—can be done to avert the next school shooting? CU Boulder Today caught up with Beverly Kingston, director of CU’s Center for the Study and Prevention of Violence, to find out. 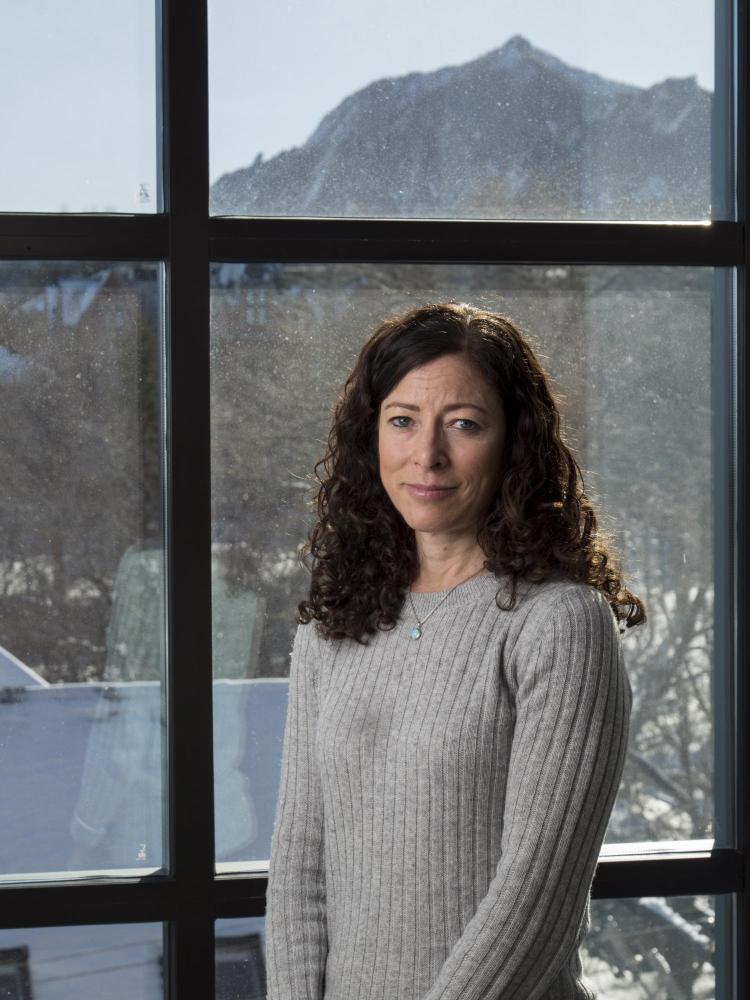 Response to the tragedy in Uvalde, Texas, by the Center for the Study and Prevention of Violence

You’ve been studying school violence for decades. How would you characterize this year?

It’s more intense than I have ever seen in my lifetime, and it’s not just me. We conducted some violence prevention trainings with our school partners earlier in the year with very seasoned teams of school leaders from around the country. Every single team said this has been the hardest year they have seen in terms of dealing with behavioral problems and mental health concerns.

As a recent surgeon general advisory confirms, mental health concerns among young people have definitely increased. There are huge social stressors out there—stressors and uncertainties around COVID-19, concerns about natural disasters and climate change, the increasing polarization of society and the domestic terrorism groups that want to radicalize people into their ways of thinking. It’s kind of a perfect storm.

What has changed about the perpetrators?

Not much. These recent incidents look very similar to studies we've seen from the U.S. Secret Service looking at school attacks from 1974 to 2018. They found that these people leave behind a lot of behavioral indicators that they're in trouble and could potentially engage in violence. They're stockpiling weapons. They're talking to other people about what they're going to do. They have more interest in following the Columbine shooters or others who have been radicalized. You can also see changes in their behavior: depression, isolation, intense or escalating anger and changes in their appearance. Shooters in these studies had five or more of these signs. One study found 81% of attackers told someone about their plan, and 93% exhibited strange behavior or other red flags.

What can we do to avert the next school shooting?

We need better bystander reporting and response systems nationwide—making sure schools tell their students to report anything of concern, and students have adults they can trust to take appropriate action. Systems like this can be used to report tips anonymously, and when those tips get investigated, it might be found out if someone's stockpiling weapons or other really concerning behaviors are going on. Since Colorado’s system, Safe2Tell, was launched in 2004, it is estimated that well over 1,500 planned school attacks have been averted.

Schools should also have systems in place to share information, not only within the school but also with law enforcement, if necessary, and other community partners outside the school. In the Arapaho High School shooting, our research saw 27 missed opportunities to intervene. With the shooter in Parkland, Florida, we saw 69. Every school or district, depending on the size, should also have a threat assessment team that follows troubled students over time, even after they finish K-12.

We’ve got to come together as a community and be watching out for them, not in a punitive way but because we want them to transition well into an adulthood and not fall through the cracks.

What can we do to prevent shootings in the community, like in grocery stores?

We have to really be watching out for what's going on around us. And if we see concerning behavior, find a way to report it. As part of a Centers for Disease Control and Prevention grant, we are currently working on something like this in a few Denver neighborhoods—a community-based bystander reporting system that reports to members of the community, who can then decide if the tip needs to go to law enforcement or other support networks.

There are also other upstream prevention measures we can take early in life to prevent someone from ever getting to a point at which they want to get a gun and use it for criminal reasons. In elementary school, we can do more to help young people develop the capacity to manage their emotions in a healthy way. In middle school, we can put bullying prevention programs in place. In high school, we can develop programs to help with the transition into adulthood. All this can help keep grievances against society from growing and eliminate the pathways to radicalization and violence.

Where does gun control fit in?

The reality is the horse is out of the barn. There are so many guns out there that we've got to deal with the fact that if somebody wanted to get a gun and use it for criminal reasons, they likely could. That doesn't mean that we should not do everything we can to stop that from happening. I’m all for figuring out what the best evidence-based gun polices are and putting them in place. But we should not rely on gun control as our only strategy.

Will this ever end?

Our research shows that if we put the evidence-based programs that we know work in place right now, we could prevent at least 30% of violence in schools today. That’s before we even start talking about gun policy and that could save a lot of lives. The solutions are not cheap, and they are not easy, but we can do this.

Seventy-eight years ago on Jan. 27, the Auschwitz concentration camp closed after liberation by the Soviet army. Professor Janet Jacobs, who researches genocide, trauma and collective memory, discusses the ways in which the experiences and trauma of Holocaust survivors are passed down through generations. END_OF_DOCUMENT_TOKEN_TO_BE_REPLACED

A model of your very own kidney made entirely from soft and pliable polymers? Researchers at two CU campuses are on the cusp of 3D printing realistic replicas of human anatomy. END_OF_DOCUMENT_TOKEN_TO_BE_REPLACED

Legalizing recreational cannabis does not increase substance use disorders or use of other illicit drugs in adults and may reduce alcohol-related problems, according to new research. The study also found no link between cannabis legalization and increases in cognitive, psychological, social, relationship or financial problems. END_OF_DOCUMENT_TOKEN_TO_BE_REPLACED
Return to the top of the page