Think it’s been unusually windy on the Front Range this spring? You’re right.

The National Weather Service in Boulder issued a record 16 red flag warnings—a measure of fire risk based on warm temperatures, very low humidity and strong winds—in April alone. That’s the most issued in a month in the history of the office. And some number-crunching by CU Boulder researchers confirms it was among the windiest Aprils in the last two decades, with day after day of strong or long-lasting gusts across the state.

“This spring, most of us on the Front Range are on edge because of what had happened with the Marshall Fire, and so any individual event of strong winds has felt significant,” said Julie Lundquist, associate professor of atmospheric and oceanic sciences, who gathers measurements in the field and conducts simulations which can fundamentally improve our understanding of the atmosphere. “But it has, in fact, been an exceptionally windy April.”

CU Boulder Today spoke with Lundquist, Andrew Winters, assistant professor of atmospheric and oceanic sciences, and McKenzie Larson, recent graduate of the department, about the windy conditions this spring, what may be causing them and what it could mean for our upcoming fire season.

Why wind is normal here

The Front Range is typically a fairly windy region, especially from the fall into late spring. Our wind is driven by two main factors: temperature and topography.

Winds across the world are driven by the temperature difference between the equator and the poles, and this difference is strongest in wintertime for the northern hemisphere. That's why the Boulder area—located in the mid-latitudes—tends to have stronger winds in the winter, according to Lundquist.

“The Marshall Fire may have had faster than normal winds, but they weren’t out of place in terms of timing,” said Winters, whose research aims to help us better understand extreme weather events, like heavy rain or snowfall, heat waves, cold snaps and strong winds. “It was the dry conditions which were abnormal for that time of year.”

The Front Range is also located underneath a strong, west-to-east oriented jet stream—a narrow band of strong wind high up in the atmosphere—directly perpendicular to the mountains. This drives fast-moving air up over the Rocky Mountains to our west, which then gains speed as it descends into Boulder, said Winters.

This can make Boulder significantly windier than even its neighbors to the east, such as Erie, said Lundquist.

Initially, Lundquist wasn’t convinced that this spring’s wind was anything of note. So she decided to examine data from a meteorological tower at the National Renewable Energy Laboratory (NREL)’s Flatirons Campus just south of Boulder. Their data goes back 25 years.

“Between January and April of this year, overall, the spring wasn't necessarily any windier than any other year in Boulder,” said Lundquist, fellow at CU Boulder’s Renewable and Sustainable Energy Institute (RASEI), a partnership with NREL. “But if we zoom in, this April was in the top four or five years of the last 20 years in terms of wind speed.”

What blew her away were the peak wind speeds reached at several local weather stations near Boulder and Denver, which had one-minute averages in the 90 to 95th percentiles. That means that only a small percentage of winds in other Aprils were faster than those measured in 2022. Only 2016, 2011 and 2006 approached or equaled the minute-long, peak wind speeds reached this April—over 30 miles per hour at about 6 feet off the ground (2 meters). Gusts were even faster.

The amount of time in April during which strong winds occurred was also higher than normal, according to Winters. Broomfield and Boulder both spent about 90 hours last month with winds over 20 miles per hour, mostly in the afternoon.

While the data doesn’t say on average how long these strong winds lasted each day, it confirms that this April is one of the top 4 windiest in the past 20 years.

Why was it so windy?

There isn’t a single, clear cause for the increased winds this spring, as wind is one of the trickier weather elements to model and forecast. Winds are very sensitive to subtle characteristics of the atmosphere, like temperature differences between atmospheric layers, soil moisture and topography. Dramatic changes in wind speed and direction can happen quite quickly, said Lundquist.

The models that predict winds were originally built to predict surface temperature and precipitation, and they most accurately predict those two.

“If we can get these wind models to work a little better, it'll help fire-wise, drought condition-wise, with overall weather, and even in the snow,” said Larson, who completed her senior honors thesis on wind forecasting in the Front Range and is an incoming U.S. Department of Energy computational science graduate fellow. “Forecasters’ main job is to protect lives and property, and it’s what they want to improve upon.”

Larson found in her thesis research that while many are localized, some of these wind events can span along the Front Range and all the way out to the plains—with important implications for regional aviation, like the Denver International Airport.

“There can be dangerous impacts if there are not accurate wind forecasts at airports,” said Larson.

On windy days, researchers suggest checking the weather forecast in your area and planning accordingly. Be cautious about any activity that could spark a fire, including smoking outside, driving on grassy areas or flying drones. If you see a fire, contact local emergency services at 911.

April is typically a wet month for the Denver area, and the spring of 2021 was among the top 10 wettest on record. But this April has been the driest on record in Boulder and the third driest in Denver since 1872, according to data from the National Oceanic and Atmospheric Administration (NOAA).

This was due, in part, to how quickly pressure systems moved through—and as a result, how windy it’s been.

“If the storms move off too quickly, we just don't set up an environment that's going to get us prolonged precipitation,” said Winters.

At this time, researchers can’t say for sure whether climate change is contributing to stronger or more persistent winds. But changing on-the-ground conditions related to climate change, as it gets hotter and drier, have made winds potentially more dangerous.

“If you don't have any snow on the ground, and those downslope wind events knocked down a power line, that could create a situation where you have a fire start—whereas you otherwise wouldn't if it was wet and snowy prior to that event,” said Winters.

Strong, repetitive winds over time can also weaken infrastructure, and if one gusty day doesn’t down a power line, it might set up a situation where the next time the wind blows, it will, said Winters.

But Lundquist points out that while we can’t control the wind, we have some control over how we respond to it.

“We're all aware of our vulnerability living in the wildland urban interface,” said Lundquist. “Although the wind has made us all anxious this spring, if it piques people's curiosity about wind and makes them want to understand and proactively prepare for it a little bit more, that could be a good thing.”

NASA’s next mission to measure Earth’s outgoing energy will now proceed to the final design and fabrication phase. END_OF_DOCUMENT_TOKEN_TO_BE_REPLACED 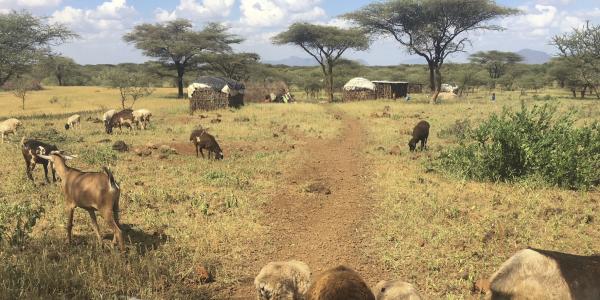 For centuries, East African peoples like the Maasai and Turkana have survived by herding cattle, moving these animals across miles of wide-open grasslands to keep them fed. Now, worsening droughts and a host of other challenges are threatening that nomadic existence. END_OF_DOCUMENT_TOKEN_TO_BE_REPLACED 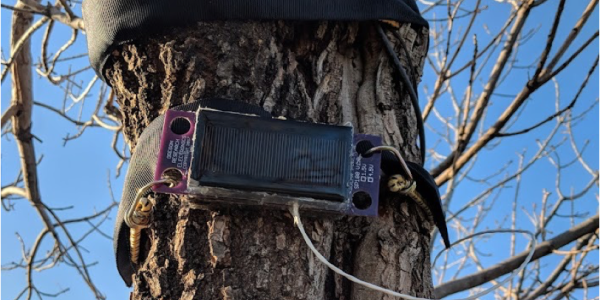 Low-cost “tree Fitbits” can pinpoint the precise timing of tree activities, like spring bloom or autumn leaf change, and more, according to a new CU Boulder study. END_OF_DOCUMENT_TOKEN_TO_BE_REPLACED
Return to the top of the page