More than 100 people, including Colorado Gov. Jared Polis, turned out for a lively panel discussion on the CU Boulder campus Friday to discuss ways individuals, governments and the global community can combat climate change. 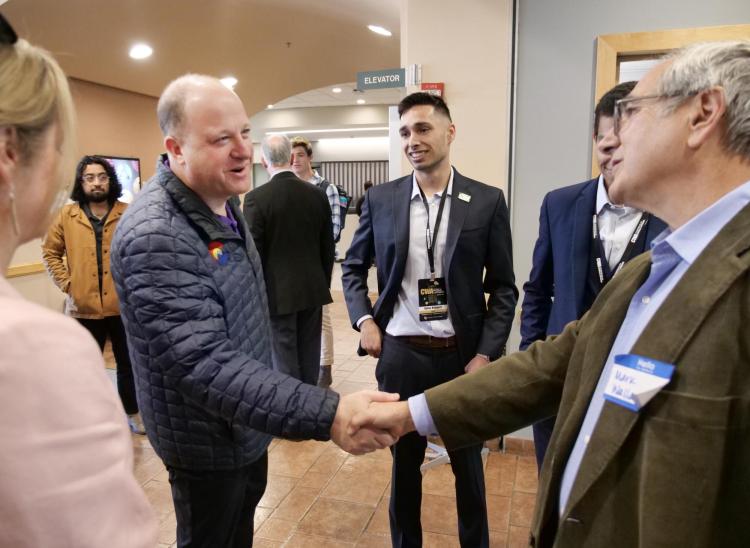 Title image: Gov. Jared Polis addresses the audience and introduces panelists at the Conference on World Affairs. Bottom: Polis greets individuals after the session. Photos by Casey A. Cass/CU Boulder.

The Conference on World Affairs session titled “Climate Change: A Global Challenge with Local Opportunities” comes just days after the Intergovernmental Panel on Climate Change (IPCC) released a chilling report asserting the world is not doing enough to mitigate the catastrophic effects of climate change, even though it has many of the tools to do so.

“This report is another critical reminder of the enormous cost and toll of inaction,” said Polis, who introduced the panel. “This is not just as superficial as shorter ski seasons. This is deadly, in terms of year-round fire seasons, disastrous mudslides and areas of the world where starvation is a realistic outcome.”

After lauding CU Boulder for its plans to host the Right Here Right Now Global Climate Summit in December in collaboration with the United Nations, Polis called on the audience to take action now.

“We can’t treat this like it is somebody else’s problem. Yes, the U.N. needs to act, and the U.S. needs to act. But we also need to act aggressively at the local level…including in our homes with our own practices.” 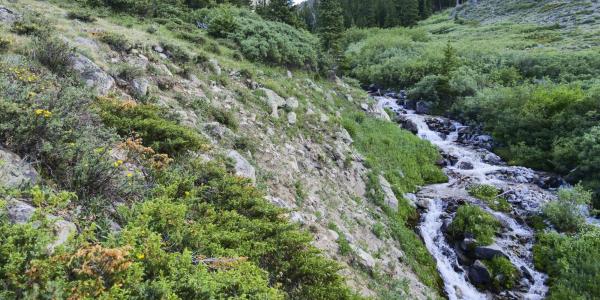 Water is a precious resource in limited supply. Protect Colorado's water to keep it clean for consumption and safe for recreational use. Also, conserve your use of water. During sustainability week, get tips and take a pledge. END_OF_DOCUMENT_TOKEN_TO_BE_REPLACED 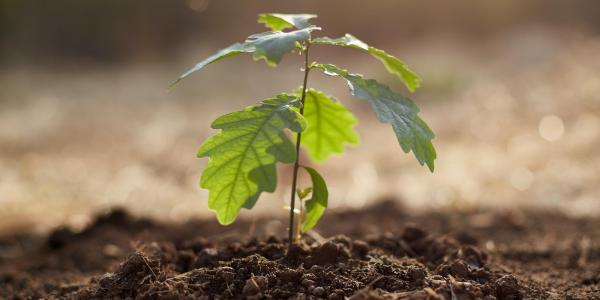 Masters of the Environment students at CU are partnering with the city of Boulder and Boulder Valley School District to plant 1,200 saplings on April 22. Help out by getting a tree planted on your property, or sign up to volunteer. The deadline to order a tree is March 30. END_OF_DOCUMENT_TOKEN_TO_BE_REPLACED 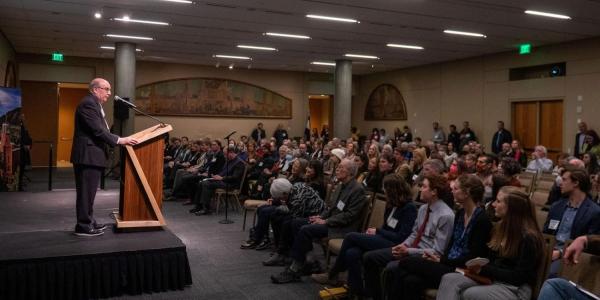 Scientists, policymakers including Gov. Jared Polis, and CU Boulder leaders addressed about 200 people Wednesday night, who braved frigid temperatures to attend the chancellor’s annual summit, dubbed Working to Forge a Just and Sustainable Future. END_OF_DOCUMENT_TOKEN_TO_BE_REPLACED
Return to the top of the page