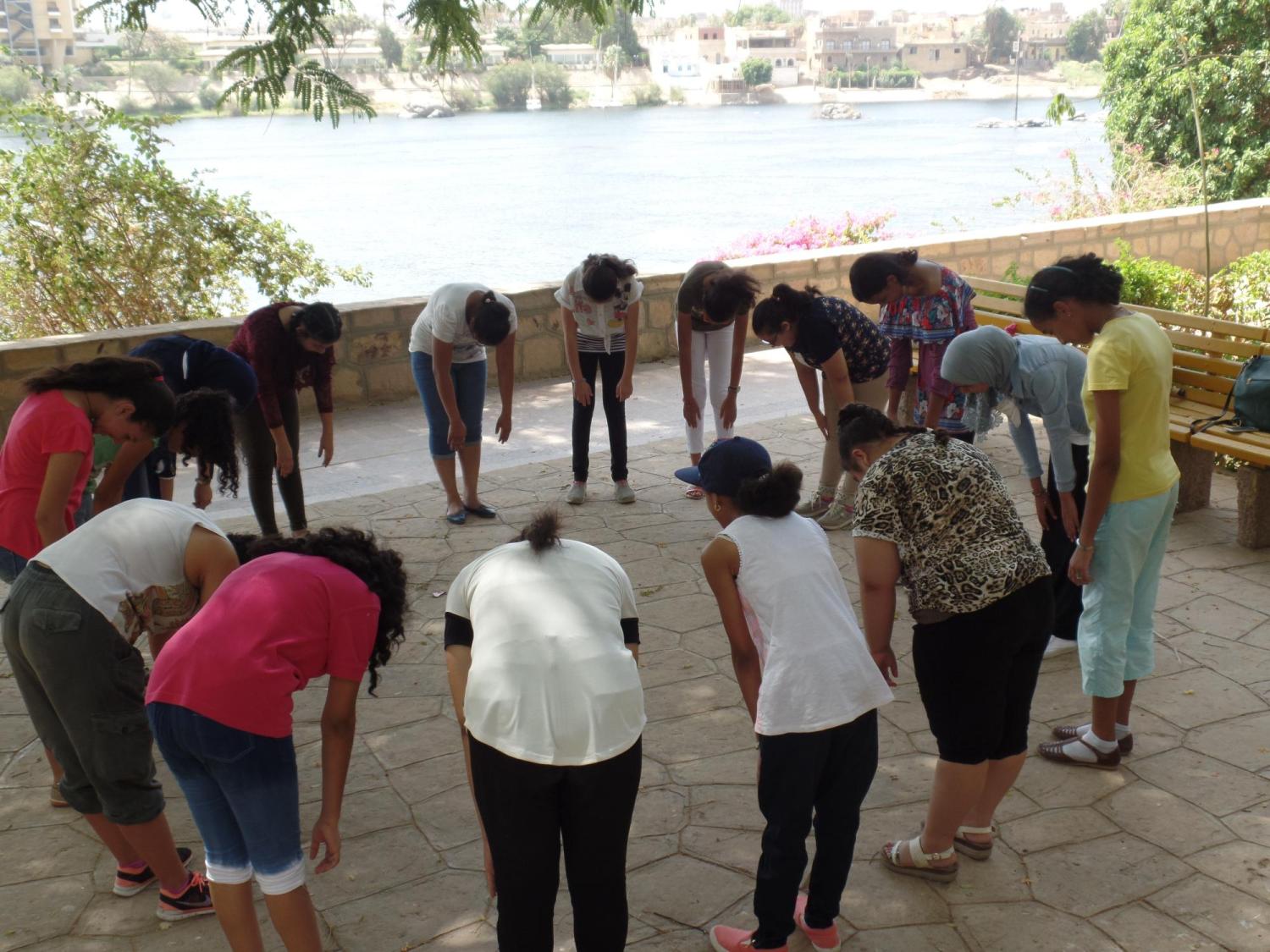 “We must all do theater—to find out who we are, and to discover who we could become,” said Augusto Boal, a Brazilian theater director, writer and politician in his 2006 book Aesthetics of the Oppressed.

That was the focus of a recent CU Boulder study aimed at discovering the effects of theater-based “vocal empowerment” training on young women’s sense of self-authorship, agency and activism in Egypt.

The study, published in the journal PLOS ONE, found that vocal empowerment programs can promote a positive sense of self-perception among young Egyptian women and increase their desire to express opinions on issues affecting their communities.

“Vocal empowerment is a person's ability to comfortably communicate their intended content with a clear voice,” said lead author Sarah Fahmy, a PhD candidate in theater and performance studies. “It’s the belief that what you say is worthwhile, and that your voice belongs to you.”

Over the last four years, Fahmy has been studying the effectiveness of vocal empowerment programs in her native country of Egypt using theatrical exercises focused on how young women can use their voices to express solutions to community concerns. 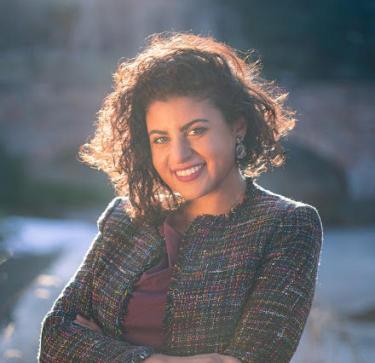 Vocal empowerment is not just about being loud. It's about being self-assured, confident and elevating other women.”
–Sarah Fahmy

Her research, which began when she was a master’s student in 2018, is also the first to examine how demographic backgrounds influence the effectiveness of such programs.

“I wanted to look at how theater can be used as a tool for vocal empowerment in Egypt but also how differences in cultural, language and socio-economic backgrounds affect the outcomes of the program,” she said.

To do so, she worked with young women between the ages of 13 and 19 in two Egyptian cities with distinct socio-economic profiles: Alexandria and Aswan.

She traveled to Egypt in 2018 to implement the 10-day vocal empowerment curriculum in Arabic and English.

With help from the Arab Academy of Science Technology and Maritime Transport (AASTMT), an Egyptian university with branches across the country, Fahmy recruited 55 young women from Aswan and Alexandria to participate.

Fahmy guided them through theater exercises designed to motivate young women to speak more freely with confidence in their ideas. Participants were then asked to generate short skits, where they proposed sustainable solutions for societal concerns they care about and presented how they will work toward each of these solutions.

The young women chose a variety of issues to highlight, from homelessness to water pollution to eliminating illiteracy. Many participants in both cities said this was the first time they had space to creatively express their thoughts about these issues.

Fahmy worked with Pui-Fong Kan and Jen Walentas Lewon from the Department of Speech, Language & Hearing Sciences to measure the vocal and language characteristics of each participant pre- and post-program, and used a survey to evaluate participants’ self-perception of their voice.

“Vocal empowerment is not just about being loud,” Fahmy said. “It's about being self-assured, confident and elevating other women.”

While previous vocal empowerment programs have been applied in specific geographic regions, Fahmy’s study is the first to investigate how differences in socio-economic and educational backgrounds affected the outcomes of the program.

In Alexandria, most participants came from private, international and consulate-based schools. Even though Fahmy facilitated the curriculum in Arabic, the young women often spoke and performed in English, indicating that code switching is very common among Alexandrians.

However in Aswan, a smaller city with overall lower socio-economic status and levels of English fluency, the participants were more confident speaking in Arabic, resulting in a greater connection with their cultural identity. 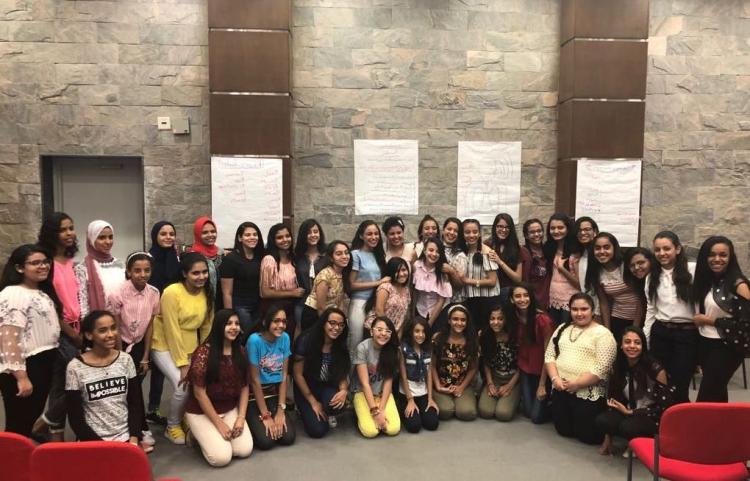 Aswan participants on their last day of the vocal emowerment program.

These differences are likely to influence participants’ choice of expression and guide their experiences, highlighting the need for practitioners to investigate cultural differences within the communities they're working in and involve participants in the processes of analysis.

Although this study was conducted in Egypt, Fahmy said these results can be informative for other community outreach programs.

“Applied theater has been developed within a very Eurocentric notion of universality,” Fahmy said. “But this research shows we can't homogenize the experiences of young women, even though they're from the same country, and they're the same ages.”

Fahmy’s experience working with the Aswan group was particularly impactful.

The president of AASTMT and the governor of Aswan made an appearance at their final performances—a celebration attended by friends, families and community members. The governor was so impressed by their work, he invited the young women to perform a song they created at a televised government-sponsored event later that week.

“Many of the young women from Aswan came into the program believing people didn’t care what they had to say, so it was so rewarding to see them being publicly recognized for their work and ideas,” Fahmy said.

Fahmy still keeps in touch with over 20 women from the Aswan group, many of whom are now in college.

“I’ve really come to view them as younger sisters, so I love seeing how they have developed and evolved years after the program has ended,” she said.

Fahmy chose to continue the work in Aswan for her PhD dissertation. She co-designed a three-week program with many of the young women who had participated in the 2018 study but focused this project specifically on how vocal empowerment programs can support young women author and perform their decolonial feminist identities.

The program took place in Aswan in June 2021, and Fahmy plans to defend her dissertation this spring.

Assistant Professor Helanius Wilkins has won a $10,000 grant from the National Endowment for the Arts for a choreographed duet. The CU College of Arts and Sciences matched the grant with another $10,000. With the funding, Wilkins and the CU dance division will collaborate with several presenter-partners, including Basin Arts and the Acadiana Center for the Arts in Louisiana and Keshet Center for the Arts in New Mexico. END_OF_DOCUMENT_TOKEN_TO_BE_REPLACED 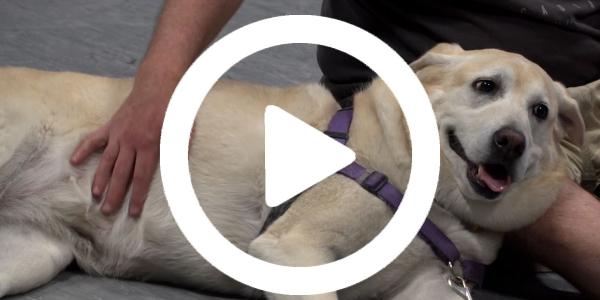 Two unlikely actors will make an appearance in "The Two Gentlemen of Verona" by William Shakespeare in the 2022 summer season. Watch the video to see what it’s like mixing barks with the Bard. END_OF_DOCUMENT_TOKEN_TO_BE_REPLACED

White supremacists are touting the new blockbuster “The Northman” for its all-white cast and “macho barbarian stereotypes.” In this video, Mathias Nordvig, head of the Nordic Studies Program, explains how these groups are misappropriating Viking culture and how it impacts Nordic communities in the U.S. and abroad. END_OF_DOCUMENT_TOKEN_TO_BE_REPLACED
Return to the top of the page