ICYMI: As tensions in Ukraine increase, researcher worries for its people

ICYMI: As tensions in Ukraine increase, researcher worries for its people

Editor's note: This article was originally published on Feb. 3, 2022, prior to Russia launching a wide-ranging military attack against Ukraine.

This week, the Pentagon announced that it would deploy nearly 3,000 U.S. troops to Eastern Europe, bolstering forces in Poland, Germany and Romania.

The move is the latest escalation surrounding Ukraine, an Eastern Europe nation home to about 44 million people. Late last year, Russian President Vladimir Putin sent 100,000 troops to the Ukrainian border, sparking fears that the strongman was setting the stage for an invasion. 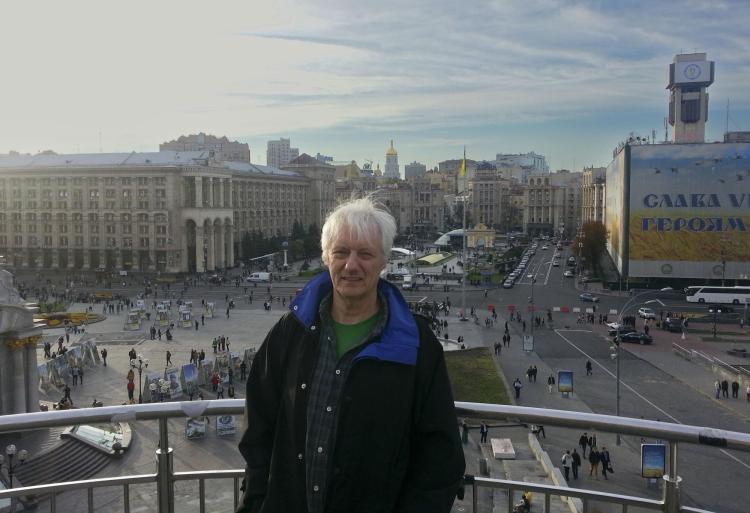 Click to enlarge: In 2020, O'Loughlin and colleagues asked Ukrainians to rate where they thought their country should be on a scale from 0, the West, to 10, Russia. (Credit: John O'Loughlin) 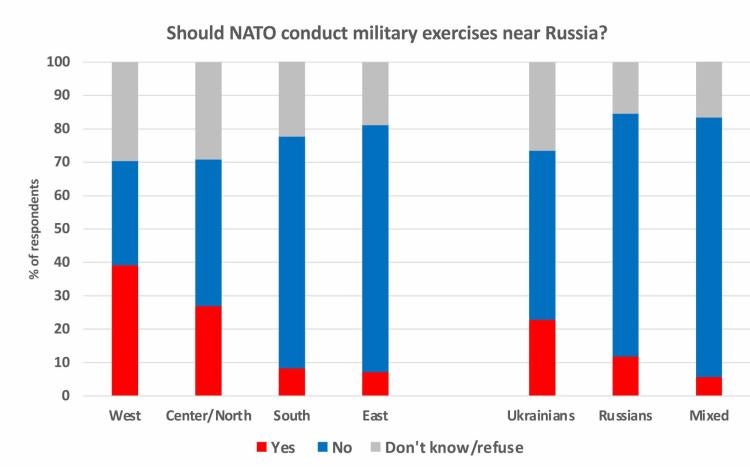 John O’Loughlin, a professor of geography at CU Boulder who studies Ukrainian geopolitics, sees an international conflict quickly spiraling out of control.

“It could very easily generate a massive conflict, and once a war starts, it’s hard to know where it will end,” O’Loughlin said.

He’s traveled to Ukraine since the Soviet Union collapsed in 1991 to survey people across the country about a wide range of topics—from their hopes for the future to their anxieties over military buildups along their border. O’Loughlin said that one thing that often gets lost in the discussions over Cold War-style brinksmanship in Eastern Europe is the feelings of these real people.

“What about the people who will have to carry the burden of a war?” said O’Loughlin, fellow of the Institute of Behavioral Science. “The geopolitical strategists don’t seem to be too worried about the human suffering that would occur.”

O’Loughlin sat down with CU Boulder Today to talk about the political divides that exist in Ukraine, possible “off-ramps” for avoiding an all-out war in Eastern Europe and more.

First off, O’Loughlin said that it’s important to realize that Ukrainians, just like Americans, disagree about the future of their nation.

“There are huge regional differences in political and geopolitical preferences across the country,” he said. “We talk about polarized elections in the U.S., but they’re nothing compared to how polarized the elections are in Ukraine.

Much of that polarization surfaced in late 2013. In November, sitting Ukrainian President Viktor Yanukovych, a staunch ally of Putin, abruptly pulled the plug on a planned accord to tighten political and economic ties between the European Union and Ukraine. In a movement known as Maidan, Ukrainians friendly to their neighbors to the West revolted against Yanukovych, who fled the country in February 2014. Putin reacted swiftly, sending special operations forces into the heavily Russian region of Crimea, then annexed it soon after.

“With Maidan, the divides in Ukraine came front and center,” O’Loughlin said. “Right away Russia intervened."

In independent Ukraine, you can find three main ethnic-linguistic groups: The first are ethnic Ukrainians who speak Ukrainian and live mostly in the western portions of the country. They tend to consider themselves European and have pressed for Ukraine to join the NATO military alliance and the European Union. The second bloc are ethnic Russians who predominantly live to the south and east near Crimea and in the Donbas, a region that has experienced severe conflict in recent years. Last, the middle of the nation is home to ethnic Ukrainians who speak Russian but also lean to the West.

In 2020, O’Loughlin and his colleagues surveyed citizens from across those regions, asking them what they’d want their country to look like—from Russia on one side to Europe on the other.

“You see this incredible range of opinions,” he said.

Many people in the country, especially those who live in its geographic and political middle, don’t fall cleanly into either camp.

“You have a large number of people in the middle who want Ukraine to be a functional country with a decent economy and a good future,” O’Loughlin said. “I think that’s probably a silent majority, but they’re being forced into taking a polarized stance on Russia or the West.”

He added that few Ukrainians on either side seem to be eager for war.

In another survey, O’Loughlin and his colleagues asked more than 2,000 Ukrainians a loaded question: “Should NATO conduct military exercises close to Russia’s territory?” NATO and Russia, O’Loughlin explained, have famously strained ties. Ukraine isn’t currently a member of that alliance, but it has asked to join and has been promised membership since 2008. Putin, in turn, has demanded that NATO preemptively ban the country from ever joining in the future. The researchers were essentially probing how comfortable Ukrainians were with Europe potentially provoking Russia into an armed conflict.

The majority of respondents told O’Loughlin’s team “no.” Even in the pro-Europe stretches of Ukraine, only 40% of people supported the idea of nearby NATO exercises.

The researcher noted that there doesn't seem to be many “off-ramps” at present for spiraling tensions in the region. One option, he said, would be for Ukraine to evolve into something like Finland—a nation that sits on the Russian border and is part of the European Union but that doesn’t belong to NATO. Still, he said, there doesn’t seem to be much appetite for that kind of compromise on either side.

“There’s no separate thinking around how we can take a step back and maybe tamp down the hostility,” O’Loughlin said.

For now, O’Loughlin is worried about what might happen to all the people he’s met in his trips to Ukraine, from L’viv in the west to Kyiv in the center and Donetsk in the east.

“It’s obviously a very tense and, for me anyway, a pessimistic time,” he said.

Arteriviruses, which are already common in African monkeys and known to cause fatal outbreaks, appear to have learned how to access human cells, replicate and evade human immune systems—a warning sign these could become next in a long line of viruses to jump from nonhuman primates to people, new laboratory research shows. END_OF_DOCUMENT_TOKEN_TO_BE_REPLACED

Researchers from CU Anschutz and CU Boulder are developing an artificial intelligence tool to diagnose dementia at earlier stages in an effort to curb its progress and plan more effective treatment options. END_OF_DOCUMENT_TOKEN_TO_BE_REPLACED

New research highlights how taming chronic, low-level inflammation through diet, exercise, rest and stress management could help fend off serious and lasting impacts of the virus. END_OF_DOCUMENT_TOKEN_TO_BE_REPLACED
Return to the top of the page