Q&A with an expert: Winter Olympics in a warming world

Q&A with an expert: Winter Olympics in a warming world

When the 2022 Winter Olympics kick off in and around Beijing, China, this Friday it will mark the first time in the history of the Winter Games that outdoor events rely almost entirely on artificial snow.

The mountains 100 miles north of the city, where ski and snowboarding events will be held, only receive about 7 to 8 inches of snow annually, so reliance on artificial snow was part of the picture when Beijing was selected to host. But recent estimates that it will take 49 million gallons of water to support snowmaking for the two-week event have some criticizing its environmental impacts. Meanwhile, a new 2022 report asserts that conditions created by artificial snow can be unpredictable and dangerous for athletes.

Noah Molotch, associate professor of geography and co-director of the Mountain Hydrology Group at the Institute of Arctic and Alpine Research (INSTAAR), studies the distribution of snow in mountains around the world. CU Boulder Today spoke with Molotch about the science of human-made snow, its use at the Olympics, and how climate change may impact the future of snow sports around the world and right here in Colorado.

What is artificial snow made of?

Human-made snow is a replication of how snow forms naturally in the atmosphere. It requires compressed air, water and some type of small particle, known as a nucleating agent, for the ice crystal to form on, similar to how natural snow is formed. Other than that, the only weather conditions needed are relatively cold air temperatures, right around the freezing point (32 degrees Fahrenheit).

Why is artificial snow useful for ski resorts?

Ski resorts use it to augment natural snowfall. It's denser than natural snowfall and it's more cohesive, so it sticks together more effectively than natural snow once it's on the ground. As a result, it creates pretty firm snow on ski runs, and that can be good for ski resorts that want to cover all the obstacles on the mountain. Then the natural snow that falls on top has a nice solid base to accumulate on. But it's expensive to make: So most of the resorts in Colorado primarily do their snow making in the fall, or only until they get all the terrain open. 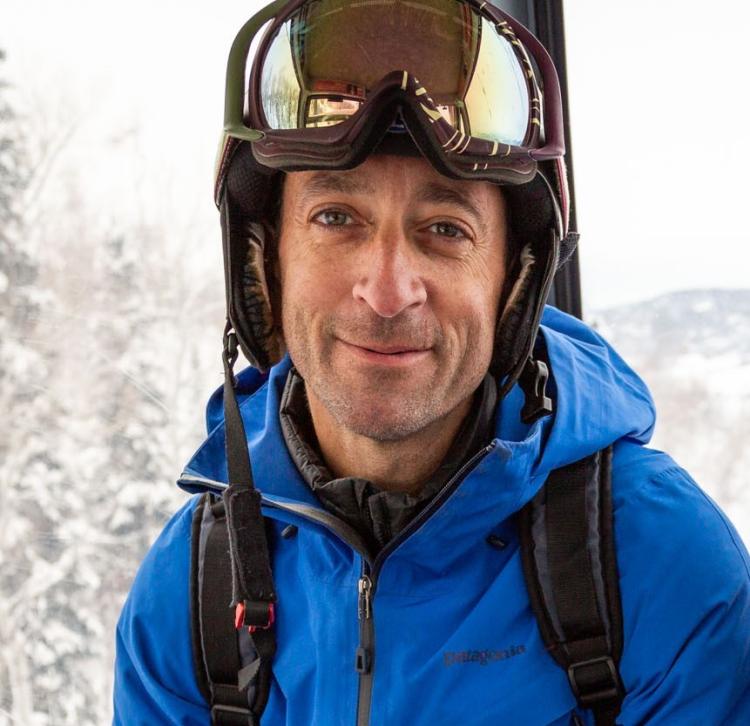 Noah Molotch, associate professor of geography and co-director of the Mountain Hydrology Group at the Institute of Arctic and Alpine Research (INSTAAR). (Credit: Lars Gesing)

In general, most recreational skiers don't really like to ski on human-made snow because it's so firm and icy. But because of that firmness and how icy it is, it's actually really good for ski racing.

How is snow a factor in who gets to host the Winter Olympics?

It has to take place near a metropolitan area because of ice skating and all the other events that need the infrastructure of a metro area. Depending on what country the Olympics are in, that can put it at odds with proximity to mountains that get a lot of natural snowfall.

The last time the Winter Olympics were in the United States it was in Salt Lake City, which is famous for its natural snowfall. But when you look at places like Sochi, which hosted the Olympics in 2014, and the locations near Beijing [Zhangjiakou and Yanqing] that are going to host the alpine skiing events this winter, they are actually famous for their lack of snowfall. So the criteria is not natural snowfall, but guaranteed conditions that are conducive for snowmaking. The most important thing is that you know that the temperatures will be cold enough to make snow.

Is climate change affecting snowfall and snowpack here in Colorado?

That doesn't mean the ski seasons have gotten shorter yet, but it means snow might get a bit slushier and icier. Depending on the kind of snow you like to ski on, I think of it as a deterioration in the quality of the skiing experience.

It is inevitable that at some point in the future, the ski resorts that we currently ski on will not be viable. Whether or not that occurs in my lifetime is an open question, but within the lifetime of my grandchildren it is probable. That means we may be skiing somewhere else in the future. We're going to have to start thinking higher in elevation when it comes to winter recreation, and we'll fly longer distances than we've historically flown to go skiing.

The same is likely true when you think about the Winter Olympics: Some of the locations that are viable now will not be viable in 30 to 50 years.

What are Denver’s chances of hosting the Winter Games?

I think it would be interesting to consider Denver as a location for the Winter Olympics! As the climate changes, Denver actually may become increasingly more viable as a place to host the Winter Olympics, compared with other places that aren't quite naturally as cold and snowy.

Birds that can live at 14,000 feet and also breed at sea level might have evolved more quickly than previously thought. END_OF_DOCUMENT_TOKEN_TO_BE_REPLACED

Despite the Inflation Reduction Act, U.S. progress on climate change remains stuck in a climate conundrum, CU Boulder experts say, hampered by politics, complexity and the scope of the problem. END_OF_DOCUMENT_TOKEN_TO_BE_REPLACED
Return to the top of the page