Lori Peek is a sociologist at CU Boulder who has spent more than two decades listening to the stories of the survivors of disasters from 9/11 to Hurricane Katrina.

Peek also has reminders of her own close brush with wildfires. In October 2020, she and her family fled their house in northwest Boulder County as the Calwood Fire closed in. Her home survived, but she can see the foundations of many of the houses that didn’t from the window of her home office. 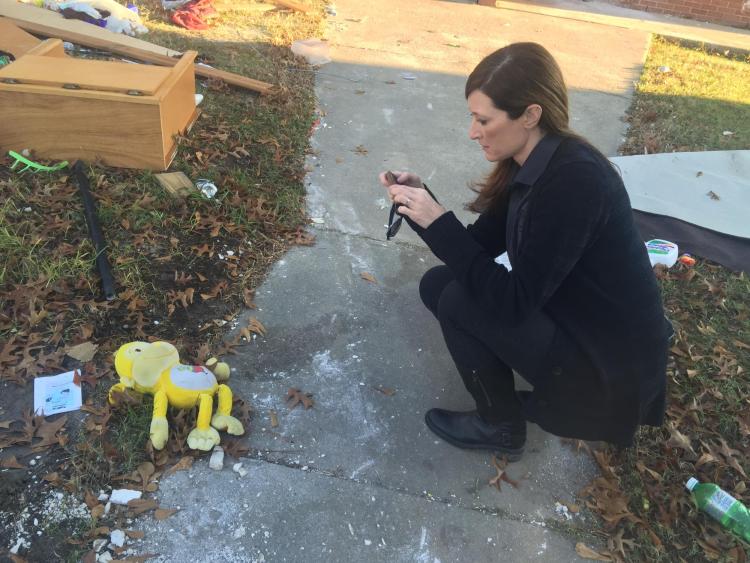 “I’ve spent my whole career learning about disasters directly from survivors, but that was the first time that I had ever had to flee in the face of a fire,” said Peek, director of the Natural Hazards Center at CU Boulder.

The experience drove home what she already knew from interviewing young people and others who had lived through Hurricane Katrina and the Joplin tornado: Natural hazards, even near misses, can leave a lasting impact on the mental health of survivors. Disasters also don’t harm people in isolation. The most vulnerable people in a society, including people experiencing poverty or racial discrimination, tend to take the biggest brunt. Over time, those hits can begin to stack on top of each other—something Peek has seen in Boulder County, which, in the span of a single year, experienced a pandemic, a mass shooting and now the Marshall Fire.

“Most people with the proper supports can and do recover from disasters,” Peek said. “But there is always a segment of the population that suffers emotionally over the long term. There is growing recognition that we need additional mental health support for survivors after a disaster.”

Peek noted that survivors of events, such as the Marshall Fire, may experience “the long tail of disaster-related trauma.” Survivors, Peek said, continue to feel the toll from a natural disaster long after the TV cameras and disaster relief groups are gone.

“For those of us who aren’t affected, our lives quickly return to normal,” said Peek. “But disaster survivors are in this for the long haul. Continuing to listen to them and support them in the long term is so crucial.”

We know many of our students, faculty and staff have been affected by the Marshall Fire, and our university will do everything we can to provide support. In the coming days, we will add resources and updates to this page as they become available

Whatever you may be going through, it’s important to show yourself and others compassion when dealing with difficult or traumatic situations. Here are a few things you can do to support yourself and your fellow Buffs through challenging times.

The five Ps, plus compassion

To prepare for disasters like floods or wildfires, Peek urges Coloradans to follow the “five Ps”: pets, possessions, paperwork, packing and people. She added that before you try to help after a disaster, you should always listen to what survivors and emergency management personnel say they need.

Andi O’Conor, a professional speaking coach and CU Boulder alumna, agrees with this compassionate approach. O’Conor has lived through the experience of losing not one, but two homes to fire. On Labor Day 2010, O’Conor’s home in the Boulder foothills burned down in what would become known as the Fourmile Canyon Fire.

During those early days and weeks, O’Conor said she felt a little overwhelmed by the requests from well-meaning people who wanted to help her. On her blog, O’Conor offers advice on how you can assist the survivors of a disaster in the right way. When in doubt, O’Conor said, buy people gift cards.

She added that you shouldn’t expect the survivors of disasters to keep up an upbeat and positive attitude. Losing a home is about more than “just stuff,” O’Conor said. She’ll never get back the signed letter than John F. Kennedy sent to her father or the transcripts from her original dissertation research.

“It’s the small things you miss. That’s the weird thing that you discover that no one understands unless you’ve gone through it,” O’Conor said. “I had this favorite pink shirt, and for years, I’d look for that shirt. I’d open my drawer, and say, ‘Oh, right, that’s gone.’”

After her own close calls with wildfire, Natasha Stavros, director of the Earthlab Analytics Hub at CU Boulder, keeps a prepacked box in her house with all of the possessions she can’t live without. Stavros decided to pursue a doctorate in fire science after her family had to evacuate their home in San Diego twice—once when she was still living at home in 2003 and again in 2007 when she was a student out of state.

“Grief can be a really long process, and it’s going to come in waves,” Stavros said. “People are going to experience a range of emotions at any given time, and it’s important to give them a safe space to experience whatever it is they experience.” 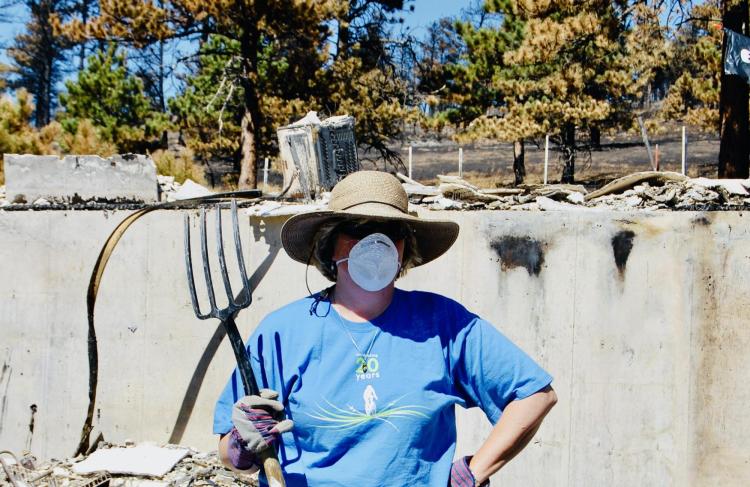 Andi O'Conor stands at the site of the home she lost on Sugarloaf Mountain in 2010. She later rebuilt a house at the same location. (Credit: Andi O'Conor)

When O’Conor was in eighth grade, her childhood home in Glenview, Illinois, also burned to the ground.

On Dec. 30, O’Conor watched from her current home on Sugarloaf Mountain as a plume of smoke grew over the towns of Superior and Louisville. Over the next day, the Marshall Fire consumed nearly 1,000 structures, including the homes of many students, staff and faculty at CU Boulder. One person remains missing, and another is confirmed dead.

O’Conor, who earned her master’s and doctoral degrees from the CU Boulder School of Education, wants Coloradans to know that the survivors of the fire will likely spend years recovering, both financially and emotionally. Right now, they also probably feel overwhelmed by the offers of support they’ve received from friends, family and even strangers.

“You lost your foundation of safety,” she said. “That can really rock your world, and it takes a while to build that back.”

O’Conor added that living through two devastating fires has brought her good memories as well as bad. She still remembers, for example, when her friend Anne came to her rental and stocked her freezer with casserole and soup without expecting O’Conor to socialize.

“A disaster changes you quite profoundly. It is a long recovery, but there can be a lot of gifts along the way,” O’Conor said. “That’s the hope that I can hold out for people.”

A global study of 13,000 individuals found people around the world base their opinions of COVID-19 policies on who supports them, not what's in them. It suggests scientists and bipartisan coalitions, not political elites, should be the first ones to communicate pandemic plans. END_OF_DOCUMENT_TOKEN_TO_BE_REPLACED

As COVID-19’s omicron variant surges throughout many parts of the country and in Boulder County, researchers Kristen Bjorkman, Dan Larremore, Leslie Leinwand and Roy Parker are providing info to improve people’s awareness and safety. END_OF_DOCUMENT_TOKEN_TO_BE_REPLACED 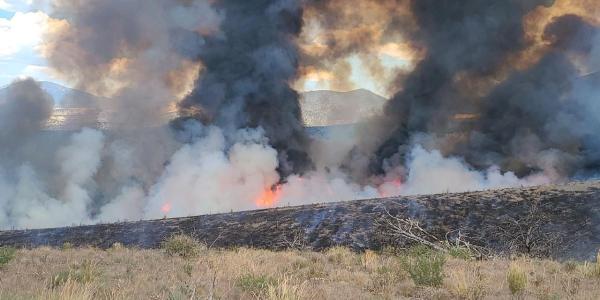 How to mitigate post-fire smoke impacts in your home

In the aftermath of the destructive Marshall Fire, CU Boulder and CIRES experts have compiled a resource of post-wildfire indoor air quality facts and solutions to mitigate smoke impacts in your home or business. END_OF_DOCUMENT_TOKEN_TO_BE_REPLACED
Return to the top of the page