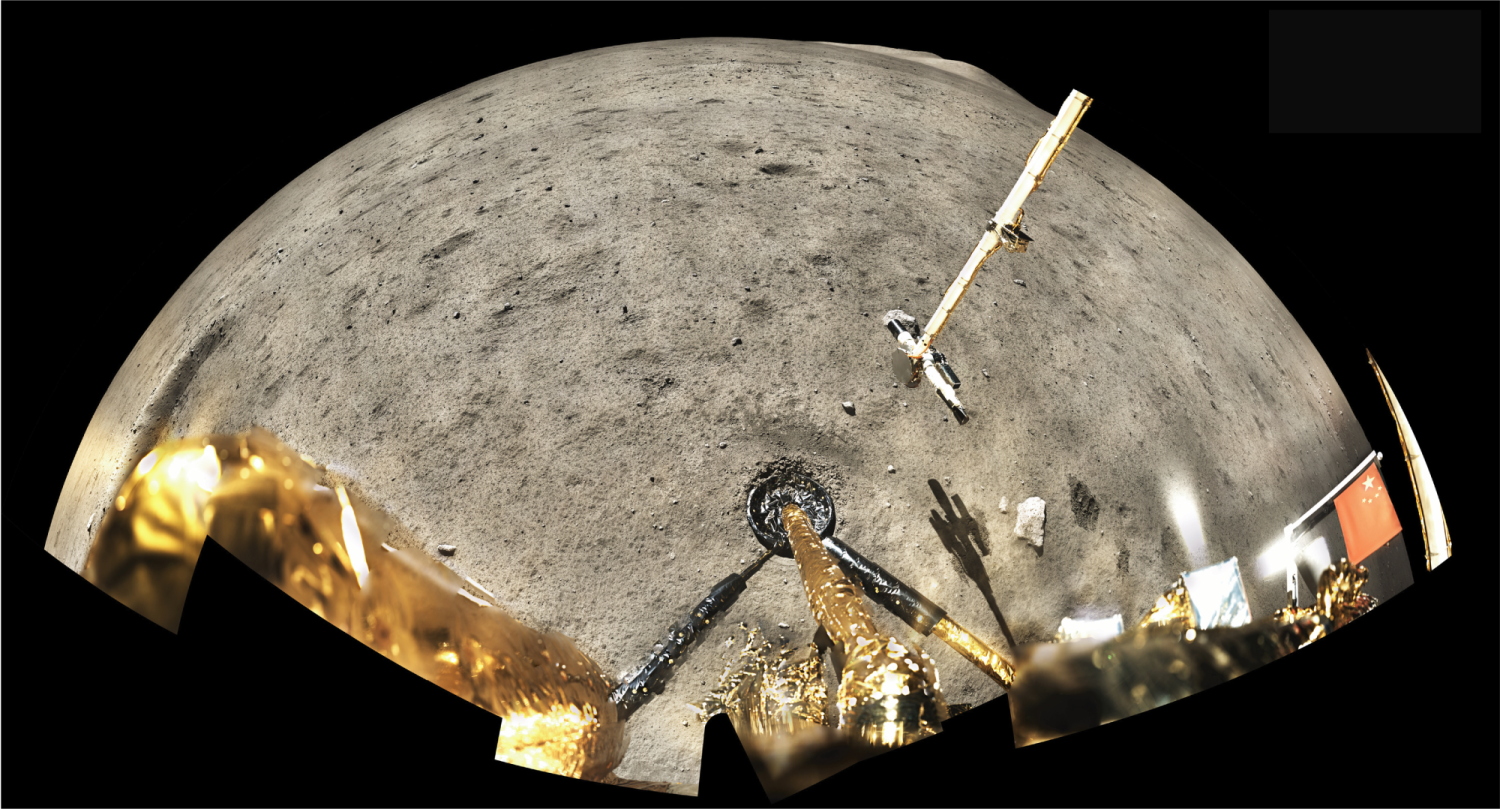 On Dec. 3, 2020, an ascent vehicle belonging to China’s Chang’e 5 space mission rose up from the surface of the moon, carrying just under 4 pounds of lunar rocks. Roughly two weeks and more than 200,000 miles later, they landed in Mongolia, marking the first time in 45 years that new moon rocks had returned to Earth.

Carolyn Crow, a planetary scientist at the University of Colorado Boulder, has had a front row seat for the decades-in-the-making event. She’s part of a team of scientists from China, the United States, Europe and Australia that has taken the first-ever look at two confetti-sized pieces of those samples. 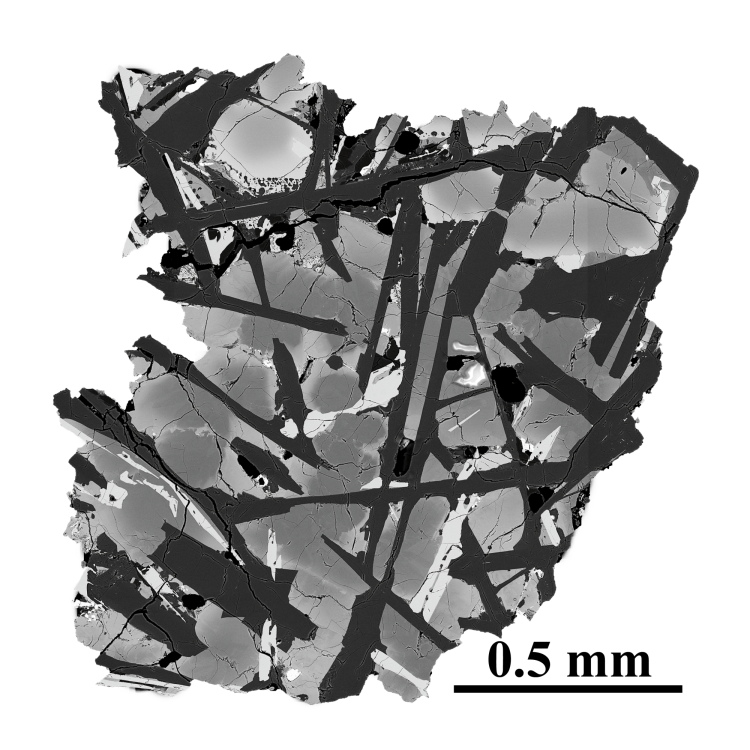 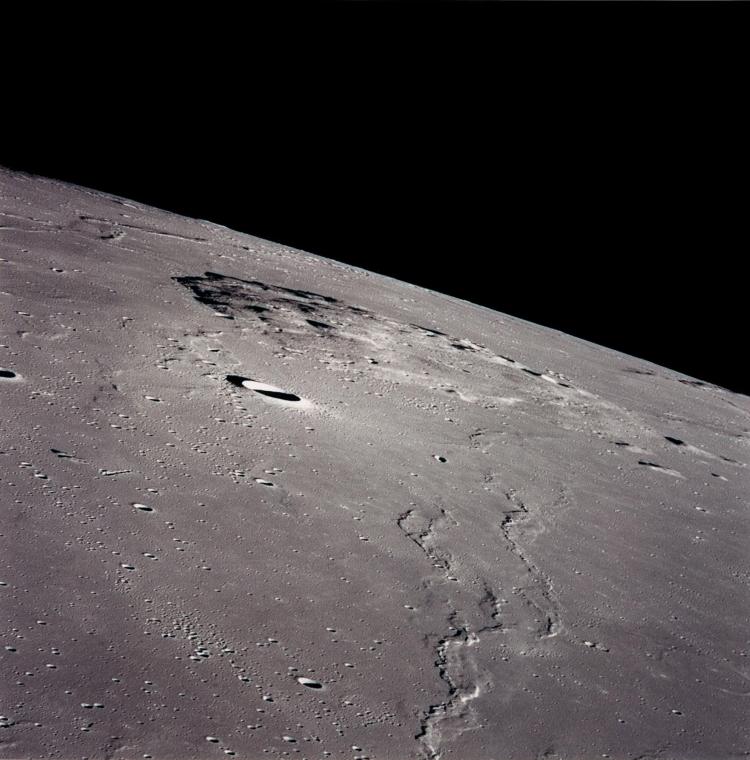 The group published its initial results Oct. 7 in the journal Science, providing new insights that could change the way humans look at the moon.

At about 2 billion years old, the rocks are much younger than any that astronauts collected over six Apollo missions from 1969 to 1972. (The Soviet Union was the last country to return moon rocks to Earth during its robotic Luna 24 mission in 1976). The samples could help scientists fill a gap in the moon’s geologic record—a period after the lava that once flowed onto the surface of the moon stopped for good.

The new rocks will also help scientists create a better timeline of when the moon was pummeled by asteroids and comets—information that can help reveal the geologic history of other planets.

“There are still many outstanding questions about the moon, and it’s really exciting to try to answer some of them,” said Crow, an assistant professor in the Department of Geological Sciences.

Crow isn’t new to moon rocks. In 2019, she joined a group that analyzed a collection that had sat untouched in storage since arriving on Earth in 1972 as part of the Apollo 17 mission.

The Chang’e samples presented a thrilling new opportunity, she said.

“I had been sitting here in Colorado thinking it would be so awesome to work on these samples, and then I got an email asking me if I wanted to,” she said. “Of course I did.”

All of the roughly 800 pounds of rocks and dust that Apollo astronauts collected were 3 billion years old or older. The Chang’e 5 mission, however, traveled to a different part of the moon, home to the planet’s youngest basalt lava flows, more than 850 miles from the nearest American landing site.

There, you can find Mons Rümker. This ancient volcano once erupted lava, creating rivers of molten rock that wove through trenches called “rilles.” It was among the last places where lava leaked onto the lunar surface before the moon became the cold body it is today.

“These samples fit into a region of time we don’t know anything about,” Crow said.

The new rocks raise more questions than they answer.

Scientists, for example, have long been puzzled about how the ancient moon cooled down. Lunar geologists believe that lava flows on the moon likely died off well before 2 billion years ago. But some regions, including around Mons Rümker, seem to have become geologically active again, at least for a short period of time. One popular theory for that restart suggests that radioactive elements deep below the moon’s crust may have helped to turn up the heat in certain areas.

But, when Crow and her colleagues examined the Chang’e samples, they didn’t find a lot of those baking elements.

“There’s got to be something else that’s heating up the moon at this time,” Crow said.

The team’s analysis also suggests that asteroids and comets may have struck the moon’s surface at a lower rate than scientists once believed. That’s important, Crow said, because researchers use this rate to date the age of terrain on the surface of Mars and other planets.

“Our research will cause a shift in what those ages are,” she said. “This has big implications for planetary science beyond the moon.”

Over the next decade, NASA’s Artemis Program plans to send astronauts to new areas of the moon, including the icy stretches of the lunar south pole. Crow will be ready. She and her colleagues are working to acquire multi-million dollar equipment for CU Boulder so that scientists can conduct similar tests on lunar samples from Colorado—making the university one of the rare institutions in the U.S. that would be a “one-stop shop” for dating moon rocks.

“We’re going to all new regions with all new records,” Crow said. “There’s still so much that we don’t understand.”

CU Boulder has been selected as a member of the United States Space Command Academic Engagement Enterprise, a new national program designed to expand collaboration and academic exchanges between universities and Space Command. END_OF_DOCUMENT_TOKEN_TO_BE_REPLACED

Since July 2022, a miniature satellite about the size of a shoebox has been orbiting Earth and monitoring how much solar energy reaches the atmosphere, one of the "most important" Earth science measurements. Now, scientists are finalizing their analysis of the first five months of the testing. END_OF_DOCUMENT_TOKEN_TO_BE_REPLACED

The historic spacecraft soon hit Earth's atmosphere flying at speeds of almost 25,000 mph. CU Boulder aerospace engineer Iain Boyd breaks down what will happen to the capsule, and how NASA will keep it safe on reentry. END_OF_DOCUMENT_TOKEN_TO_BE_REPLACED
Return to the top of the page