Each September, the National Snow and Ice Data Center (NSIDC), which is part of the Cooperative Institute for Research in Environmental Sciences (CIRES) at CU Boulder, informs the public of the annual Arctic sea ice minimum extent, an indicator of how climate change is affecting the Arctic, the fastest-warming region of the globe.

This year, as the minimum extent approaches, NSIDC has found a new way to share information about diminishing Arctic sea ice: through art. 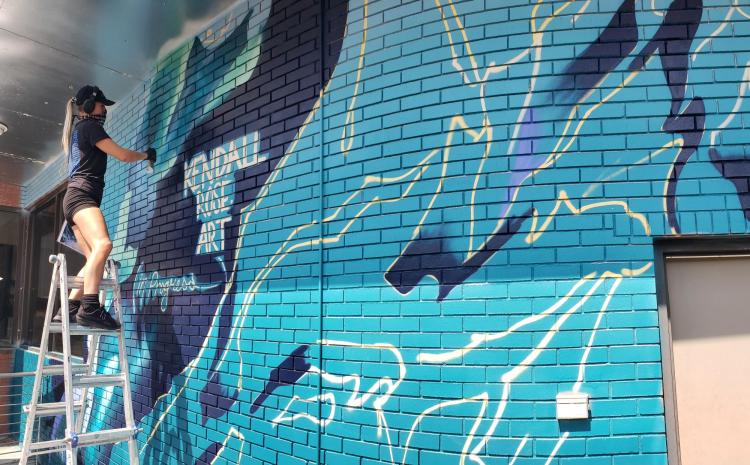 NSIDC has partnered with Denver visual artist and contemporary painter Kendall Rose Kippley to share an artistic interpretation of Arctic sea ice loss over time at Street Wise Boulder, an annual “ARTivism” mural festival in Boulder. The mural will be up for at least a year.

Kippley’s mural, which is located on the second and third balconies of Boulder’s West End Plaza at 1035 Pearl St., is inspired by an NSIDC graph showing the average monthly September Arctic sea ice extent from 1979, when the satellite record began, to 2020. While sea ice extent can fluctuate from year to year, the graph shows a clear downward trend in ice extent. For reference, the overall rate of sea ice decline in September during that time period is about 1.31 million square miles (3.4 million square kilometers), a rate of ice loss of 13.1 percent per decade relative to the 1981 to 2010 average. To put that to scale, the overall ice loss in September is equivalent to about twice the size of the state of Alaska.

“The sea ice acts like Earth’s air conditioner by reflecting heat from the sun during the Arctic’s long summer days,” said Walt Meier, an Arctic sea ice scientist at NSIDC. ”That air conditioner is no longer working like it should be and there is not a handy repair service that can fix it, unfortunately.”

On Sept. 10, Kippley also took part in a panel discussion, “Art, Science, Action; Creating Climate Narratives for the Collective,” at The Dairy Arts Center in Boulder. Meier also participated in the panel.

Street Wise Boulder was established in 2019 by Street Wise Arts and aims to amplify arts and culture, represent cultural diversity and encourage dialogue around social advocacy and resilience through the installation of public art murals and related programming in the city of Boulder.

More of Kippley’s art can be viewed on her website. 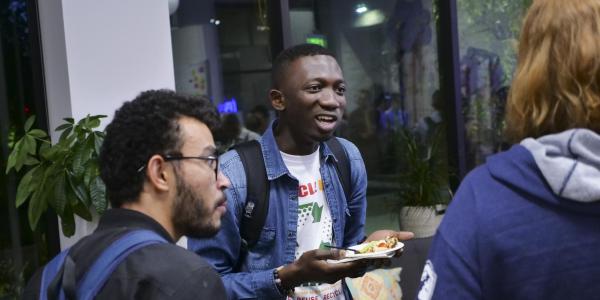 As a mentor, you are the secret sauce that makes the New Venture Challenge work. Join us for a mentor networking night. You will have the opportunity to meet other mentors and discuss what it means to be a mentor for a team preparing to compete. END_OF_DOCUMENT_TOKEN_TO_BE_REPLACED 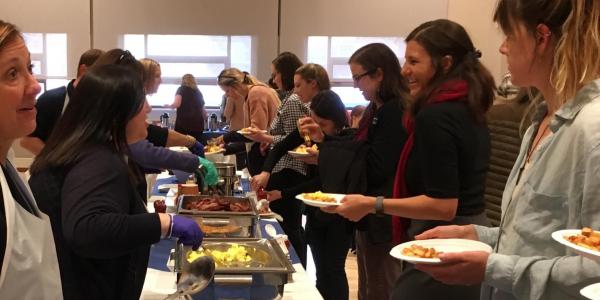 Join CU Boulder Staff Council and campus administrators for a free employee breakfast. The event will occur from 7 to 9:30 a.m. in the Glenn Miller Ballroom at the University Memorial Center. END_OF_DOCUMENT_TOKEN_TO_BE_REPLACED 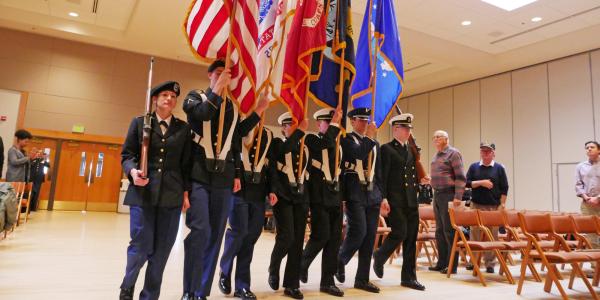 Join the UMC and Veteran and Military Affairs for a ceremony featuring keynote speaker U.S. Navy Admiral Bill McRaven, the ROTC color guard and a performance by the CU Buffoons. Reception to follow. END_OF_DOCUMENT_TOKEN_TO_BE_REPLACED
Return to the top of the page