At its meeting Sept. 10, the CU Board of Regents heard an update on enrollment numbers, named a chair to lead the search for a new system president, approved changes to tuition classification for American Indian students and more.

September enrollment projections for CU Boulder remain largely in line with June estimates, thanks in part to an expected second-year retention rate of at least 87.5% for fall 2020 first-year students.

Chad Marturano, acting chief financial officer for the CU system, presented enrollment updates for all four campuses to the regents. Official enrollment counts for the fall census will be updated later this month, and the board will be notified in October as to whether necessary revenue thresholds have been met to award base-building merit pay increases for faculty and university staff on Jan. 1.

CU Boulder’s September estimated overall enrollment for the new academic year is 35,788, down only slightly from the June estimate of 35,819. The numbers vary for resident and nonresident students. The latest projection for in-state students is down 1,007 students from the June estimate, but was offset by a 976 student increase in projected nonresident enrollment. The biggest driver of the nonresident increase is continuing students.

The expected 87.5% retention rate for second-fall students ties an all-time high for the Boulder campus, and is thanks in part to increased efforts over the summer focused on re-enrollment of continuing undergraduate students.

The campus presentation acknowledged that the smaller first-year cohorts from fall 2020 and fall 2021 will have long-term impacts on enrollment totals and tuition revenues. The Boulder campus will continue to focus on improving retention and graduation, helping to offset the long-term impact of smaller incoming classes. CU Boulder will also increase recruitment and outreach efforts for Colorado high school graduates, and continue to monitor COVID-19 and economic impacts on student enrollment.

The Board of Regents elected Regent Lesley Smith (D-at large), a retired CU Boulder researcher, as chair of the search committee that will drive the selection of the next CU system president, following the resignation of President Mark Kennedy earlier this year.

The board will consider an appointment for vice chair when they next meet.

Smith’s appointment followed board approval of changes to Regent Policy 3.C regarding searches for administrators and guidelines for the appointment of chief officers of the university.

With “Discovery and Impact” as one of the four major pillars of the CU system’s new strategic plan, leaders from all four campuses provided updates to the regents on campus research initiatives on Friday.

Fiez noted that the campus has received $149 million in NASA funding this year and $111 million in NSF funding. She also noted CU Boulder’s strength in raising research funding for national security initiatives, an area she highlighted as one of significant potential growth over the next five years along with climate science, another one of CU Boulder’s key strength areas.

Both Fiez and CU Anschutz Vice Chancellor for Research Thomas Flaig praised the early success of the AB Nexus initiative, which aims to expand research collaborations between the Anschutz and Boulder campuses and recently announced a third round of grants.

The regents approved a resolution that all CU campuses will create policies to grant in-state tuition status to American Indian students who are registered with federally recognized tribes with historic ties to Colorado. The move ratified the Colorado General Assembly’s passage of SB 21-029 during the 2021 legislative session, which required governing boards to pass such policies.

CU Boulder has already begun implementing the residency exception for the 2021-22 academic year.

Colorado is identified as the ancestral home places of at least 48 American Indian tribes.

Intercampus Student Forum (ICSF) Chair Chris Hilton, an undergraduate student at CU Denver, provided a report-out, highlighting student government leadership priorities for each of the four campuses for the upcoming academic year. The ICSF resumed its monthly meetings with a virtual meeting in August, and will continue to meet through the academic year.

The ICSF noted a pair of shared focuses across the system, including a need for transparency and direct student involvement in the search committee for selection of the next CU president, as well as a concentrated focus by all campuses on diversity and equity issues at all levels.

Priorities noted for the CU Boulder student leaders for the new academic year included mental health awareness and support, improving representation of all student communities, community engagement (on campus and in surrounding neighborhoods), and increasing functionality and leadership of CU Student Government.

The regents approved three resolutions related to university funding from foreign nationals and foreign governments. The first was a resolution that CU will ensure that relationships with foreign or national governments are conducted appropriately and in accordance with the requirements of federal law, including the International Traffic in Arms Regulations, the Higher Education Act of 1965 and the 2021 National Defense Authorization Act.

The second was a resolution that each CU campus shall annually provide to the regents’ Audit Committee a report summarizing all gifts, contracts or grants with a foreign government or nongovernmental foreign source with a value of at least $100,000, as well as a specific disclosure of any transaction with a foreign country subject to restrictions through the Office of Foreign Assets Control.

CU system Treasurer Tony Vu gave the quarterly treasurer’s report, highlighting that the system’s investment pool grew from $2.3 billion on June 30, 2020 to $2.9 billion on June 30 of this year thanks to strong market returns. 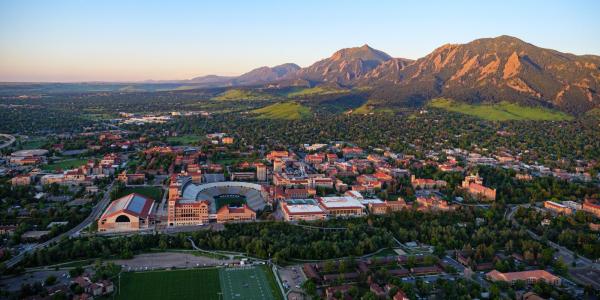 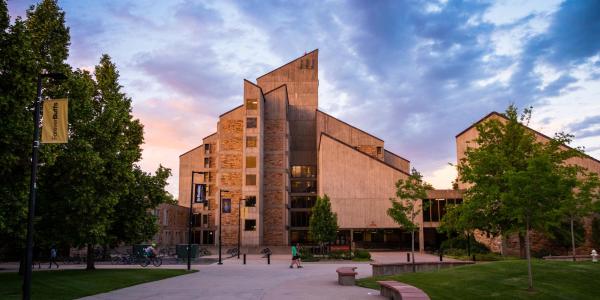 Diddams, who joined CU Engineering as a visiting professor, will become a full professor and will serve in a leadership role in the newly formed Quantum Engineering Initiative. END_OF_DOCUMENT_TOKEN_TO_BE_REPLACED 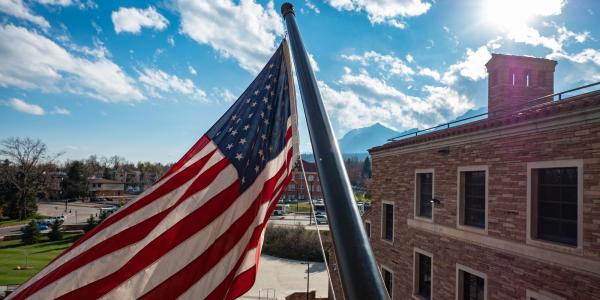 The administration of CU in D.C. is relocating to provide greater visibility and the opportunity to reach more students in various colleges and majors. END_OF_DOCUMENT_TOKEN_TO_BE_REPLACED
Return to the top of the page