Ancient humans could do some impressive things with elephant bones.

In a new study, University of Colorado Boulder archaeologist Paola Villa and her colleagues surveyed tools excavated from a site in Italy where large numbers of elephants had died. The team discovered that humans at this site roughly 400,000 years ago appropriated those carcasses to produce an unprecedented array of bone tools—some crafted with sophisticated methods that wouldn’t become common for another 100,000 years.

“We see other sites with bone tools at this time,” said Villa, an adjoint curator at the CU Boulder Museum of Natural History. “But there isn’t this variety of well-defined shapes.” 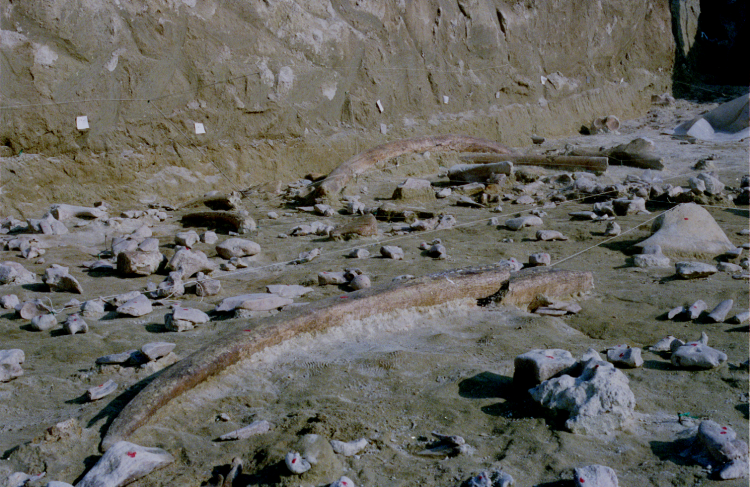 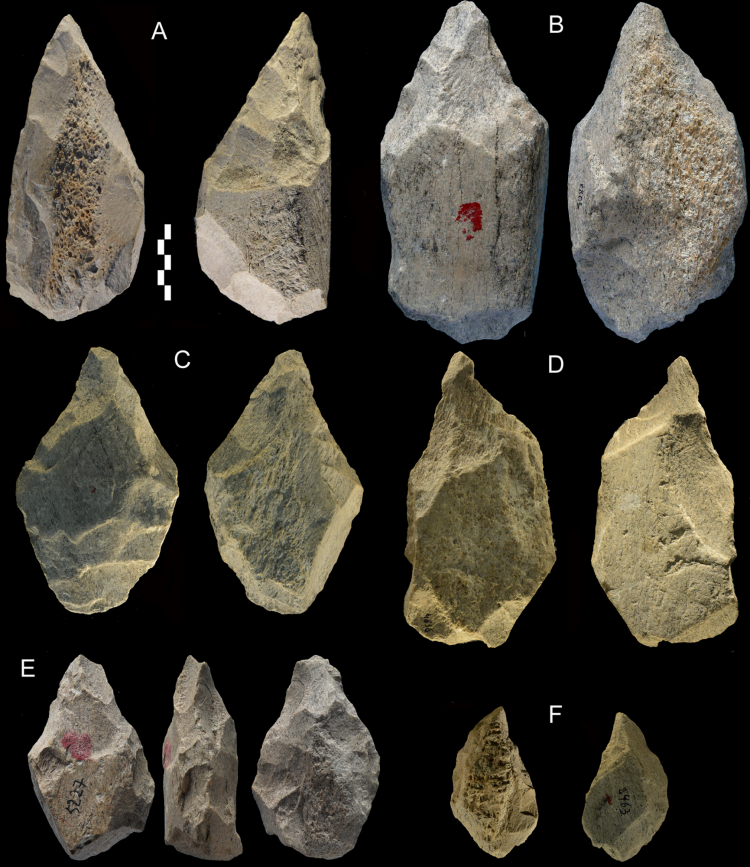 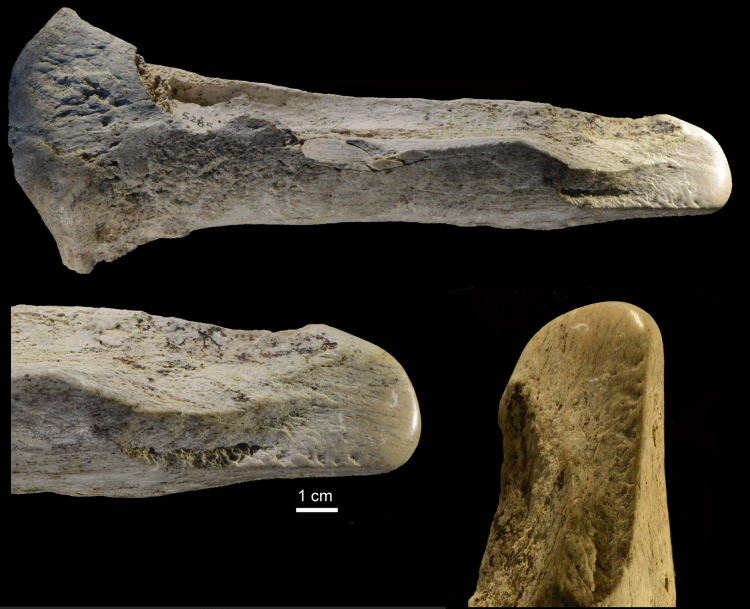 Top: Elephant tusks and other bones at the Castel di Guido site during excavation; middle: A series of pointed elephant bone tools from Castel di Guido; bottom: A lissoir, or smoother, tool made from a wild cattle bone. (Credits: Villa et al. 2021, PLOS ONE)

Villa and her colleagues published their results this month in the journal PLOS ONE.

The study zeroes in on a site called Castel di Guido not far from modern-day Rome. Hundreds of thousands of years ago, it was the location of a gully that had been carved by an ephemeral stream—an environment where 13-foot-tall creatures called straight-tusked elephants (Palaeoloxodon antiquus) quenched their thirst and, occasionally, died.

Castel di Guido’s hominids made good use of the remains, occupying the site off and on over the years. The researchers report that these Stone Age residents produced tools using a systematic, standardized approach, a bit like a single individual working on a primitive assembly line.

“At Castel di Guido, humans were breaking the long bones of the elephants in a standardized manner and producing standardized blanks to make bone tools,” Villa said. “This kind of aptitude didn’t become common until much later.”

These feats of ingenuity came at a significant time for hominids in general.

Right around 400,000 years ago, Neanderthals (Homo neanderthalensis) were just beginning to emerge in Europe. Villa suspects that Castel di Guido’s residents were Neanderthals.

“About 400,000 years ago, you start to see the habitual use of fire, and it’s the beginning of the Neanderthal lineage,” Villa said. “This is a very important period for Castel di Guido.”

It may have been a productive one, too. In their new study, Villa and her colleagues identified 98 bone tools from Castel di Guido, which was excavated from 1979 to 1991. The findings represent the highest number of flaked bone tools made by pre-modern hominids that researchers have described so far. That rich toolbox offered a wide range of useful items: Some tools were pointed and could, theoretically, have been used to cut meat. Others were wedges that may have been helpful for splitting heavy elephant femurs and other long bones.

“First you make a groove where you can insert these heavy pieces that have a cutting edge,” Villa said. “Then you hammer it, and at some point, the bone will break.”

But one tool stood out from the rest: The team discovered a single artifact carved from a wild cattle bone that was long and smooth at one end. It resembles what archaeologists call a “lissoir,” or a smoother, a type of tool that hominids used to treat leather. The curious thing: Lissoir tools didn’t become common until about 300,000 years ago.

“At other sites 400,000 years ago, people were just using whatever bone fragments they had available,” Villa said.

Something special, in other words, seemed to be happening at the Italian site.

Villa doesn’t think that the Castel di Guido hominids were any more intelligent than their counterparts elsewhere in Europe. Instead, these early humans simply used the resources they had lying around. She explained that this region of Italy doesn’t have a lot of naturally-occurring, large pieces of flint, so ancient humans couldn’t make many large stone tools.

What the region might have had a lot of, however, were dead elephants. As the Stone Age progressed, straight-tusked elephants slowly disappeared from Europe. During the era of Castel di Guido’s bone-crafters, these animals may have flocked to watering holes at the site, occasionally dying from natural causes. Humans then found the remains and butchered them for their long bones.

“The Castel di Guido people had cognitive intellects that allowed them to produce complex bone technology,” Villa said. “At other assemblages, there were enough bones for people to make a few pieces, but not enough to begin a standardized and systematic production of bone tools.”

Seventy-eight years ago on Jan. 27, the Auschwitz concentration camp closed after liberation by the Soviet army. Professor Janet Jacobs, who researches genocide, trauma and collective memory, discusses the ways in which the experiences and trauma of Holocaust survivors are passed down through generations. END_OF_DOCUMENT_TOKEN_TO_BE_REPLACED

A model of your very own kidney made entirely from soft and pliable polymers? Researchers at two CU campuses are on the cusp of 3D printing realistic replicas of human anatomy. END_OF_DOCUMENT_TOKEN_TO_BE_REPLACED

Legalizing recreational cannabis does not increase substance use disorders or use of other illicit drugs in adults and may reduce alcohol-related problems, according to new research. The study also found no link between cannabis legalization and increases in cognitive, psychological, social, relationship or financial problems. END_OF_DOCUMENT_TOKEN_TO_BE_REPLACED
Return to the top of the page