What the pullout of U.S. troops from Afghanistan means for the nation’s women

What the pullout of U.S. troops from Afghanistan means for the nation’s women

Two weeks before the U.S. planned to fully withdraw troops from Afghanistan, the Taliban seized power from the Western-backed government that has run the country for the past 20 years. While the Taliban claim women’s rights will be respected under Islamic law, many Afghan women fear they will again be confined to their homes and returned to conservative restrictions of the 1990s. 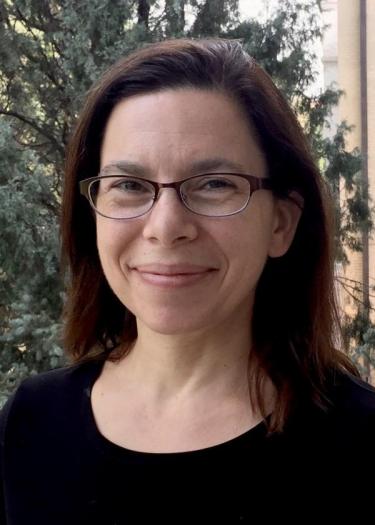 Jennifer Fluri, department chair and professor of geography at the University of Colorado Boulder, has been studying the relationships between international intervention, humanitarian development and local women's organizations in Afghanistan for the past two decades. Her current work examines women's roles in peacebuilding and peacekeeping in the country.

CU Boulder Today spoke with Fluri about what has changed for women in Afghanistan in the past 20 years and what’s at stake for women's education, as well as women's roles in politics, public life and the economy in light of current events.

What has changed for women in Afghanistan after the Taliban was ousted in 2001?

One of the biggest things is there definitely have been more women and young girls being educated. Boys’ education improved, too, but women have had more access to education, more access to literacy. And for women and young girls who had basically missed six years of education during the Taliban, there were schools open to help them fill that gap of time as well. Education has existed in a way that it didn't exist at all during the Taliban. That’s been a positive thing.

A number of the women's organizations—some formed in Pakistani refugee camps—really started to get more active when they came back to Afghanistan and were able to get funding. A lot of them were doing various different types of advocacy, around education but also health care: Decreasing the infant mortality and the maternal mortality rate, and increasing the life expectancy for women. Those are all positive things that also need much more work.

And then women's access to public space has improved. You did see women in the public more: Women journalists, women photojournalists, women on television, as newscasters, women in Parliament, women as judges and lawyers. Those kinds of things where women actually can play a role as advocates for other women.

Why was there a need for a revolutionary, clandestine organization of women in Afghanistan in the last 20 years?

I began studying the Revolutionary Association of the Women of Afghanistan, or RAWA, just before 9/11, and completed my dissertation focused on this organization in 2005. RAWA is a radical underground women's organization because they want secularism, democracy and women's rights: Three things that I would say are still questionable in Afghanistan.

They've done a lot of outreach within communities like food programs. They have run a hospital. They've run health clinics. They operate schools and orphanages. They've done a lot of work trying to educate women about midwifery and basic hygiene. They ran secret schools during the previous Taliban era and did a lot of underground home-based education. During that time they would use the burqa as a way to carry money, materials that were contraband, such as books and pencils. In 1996, they started a website and started effectively using the internet to gain support from feminists and women’s rights activists globally.

And their belief in secularism isn’t to remove Islam from society—they identify as Muslims for sure. But they feel that politics has perverted Islam.

How might things change for women in Afghanistan now?

Who knows what happens with the government, because the government has fallen. Will the women's ministry continue to exist, will women still have positions in Parliament? And then the next thing would be women in public life and in the economy: Women-run businesses, women working in offices. You have women in the workforce, which is also connected to women getting a basic education in elementary, middle and high school.

What should we not be as concerned about?

There is a lot of gender-segregated education in Afghanistan anyway, so I don't think that's as huge of an issue.

And I know in the U.S. people get all upset about the veil or the burqa. But women wore the burqa before the Taliban, they wore it over the past twenty years, and they're going to continue wearing it in the future. It's very much a personal decision. I just hope we don't get hung up on the dress code. Yes, there are women that don't want to wear a burqa or even a headscarf. But it’s a minor thing compared to all the other issues that need to be addressed.

The main concerns I see are ensuring women’s access to healthcare, education, economic opportunity, and their ability to engage in politics and public life.

Is there anything helpful we can do here in the U.S.?

I would avoid donating to international organizations right now because the banks are closed. However, I do think the refugee organizations like the International Rescue Community and Lutheran Social Services are organizations that do tremendous work to help refugees when they come to the U.S. So I would say, if you want to volunteer for them, or provide funding, that should be the focus right now.

Put as much pressure as you can on the Biden Administration, your senators, members of Congress. These are people who helped the U.S. They believed in the U.S. goals and missions in Afghanistan, even though they changed significantly over time.

And because we'll see significant numbers of Afghans coming to the U.S., also welcome them. These are people who have lived in war for most of their lives. Be welcoming, be understanding, ask questions and learn more about their country. They're going to have culture shock and it will take time for them to adjust. We cannot do enough to help Afghans seeking refuge in the U.S.

Survivors of events like the recent Marshall Fire may face what sociologist Lori Peek called "the long tail of disaster-related trauma." She argues these survivors need mental health resources and support from friends and family long after the television cameras are gone. END_OF_DOCUMENT_TOKEN_TO_BE_REPLACED

A global study of 13,000 individuals found people around the world base their opinions of COVID-19 policies on who supports them, not what's in them. It suggests scientists and bipartisan coalitions, not political elites, should be the first ones to communicate pandemic plans. END_OF_DOCUMENT_TOKEN_TO_BE_REPLACED

As COVID-19’s omicron variant surges throughout many parts of the country and in Boulder County, researchers Kristen Bjorkman, Dan Larremore, Leslie Leinwand and Roy Parker are providing info to improve people’s awareness and safety. END_OF_DOCUMENT_TOKEN_TO_BE_REPLACED
Return to the top of the page