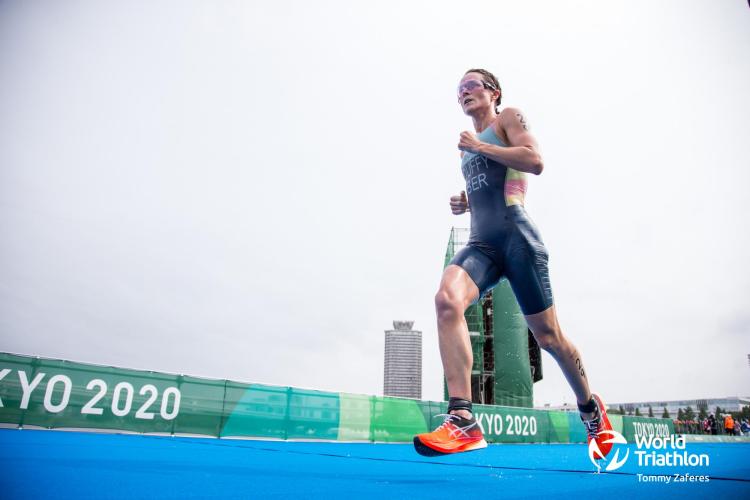 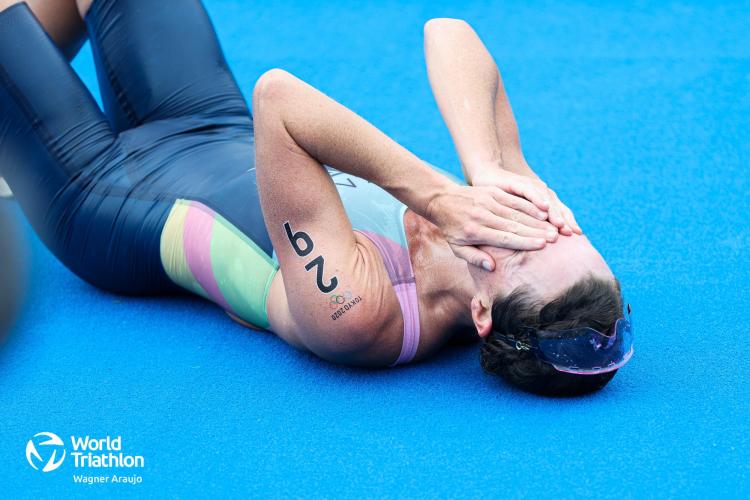 As CU Boulder aluma Flora Duffy crossed the finish line at the Tokyo Olympics triathlon, she pumped her fists in the air, collapsed to the ground and covered her face with her hands in ecstasy.

At that moment, she realized she had just won the first-ever Olympic gold medal for her home country of Bermuda—a tiny island country in the North Atlantic Ocean.

Bermuda hasn’t medaled at the Olympics since 1976, when Clarence Hill won bronze in heavyweight boxing. Now, thanks to Duffy, it’s the smallest country by population to win gold on the Olympic stage.

“When I collapsed at the finish line, I think it was just a collection of so many thoughts, and just everything that it took, the ups and the downs, to get to this point,” she said.

Duffy, who never finished higher than eighth in her previous three Olympic tries, battled a series of physical and mental health issues throughout her career.

In the 2008 Beijing Olympics, Duffy crashed her bike in the second leg of the race, leaving her unable to finish. She even left the sport for nearly two years—during which time she enrolled at CU Boulder to earn a degree in sociology.

“I wanted to go to college and knew Boulder was a great place for sports and particularly triathlon,” she said. “It gave me the option to get back into it if I wanted to, but I could also just enjoy life as a regular college student.”

Although she didn't initially compete when she started at CU, Duffy joined the cycling team, part of the university’s club sports program.

“It's quite daunting when you're starting at a big school,” she said. “Like every college student, I just wanted to meet like-minded people.”

Those like-minded people included Nate Wilson. A first-year student at the time, he and Duffy met as teammates.  Wilson became one of Duffy's lifelong friends and now serves as her triathlon coach. She said the friendships she made through CU’s club sports propelled her to train for another Olympic games.

“It made competing fun again,” she said. ”It motivated and inspired me to get back into triathlon and pursue it full time, once I finished up my studies.”

Her training would continue with a triathlon group outside of the university, while simultaneously competing alongside the CU cycling team. This opened new opportunities to reenter competitive international competitions.

She eventually qualified and competed in the 2012 London Olympics, all while balancing her studies at CU Boulder.

“It was a lot to manage,” she said. “While I would've liked some days off while I was racing around the world, I really enjoyed it because it was a nice balance that I could do triathlons while also getting my degree.”

Duffy graduated in 2013, but still spends half the year in Boulder training.

“Boulder is such a great place for triathlon that there's really nowhere else I wanted to go,” she said.

“I think this win brings a lot of excitement and pride to Bermuda,” she said. “I just really hope it inspires other Bermudian youth athletes to pursue their dreams and know that it's possible to compete on the world stage.” 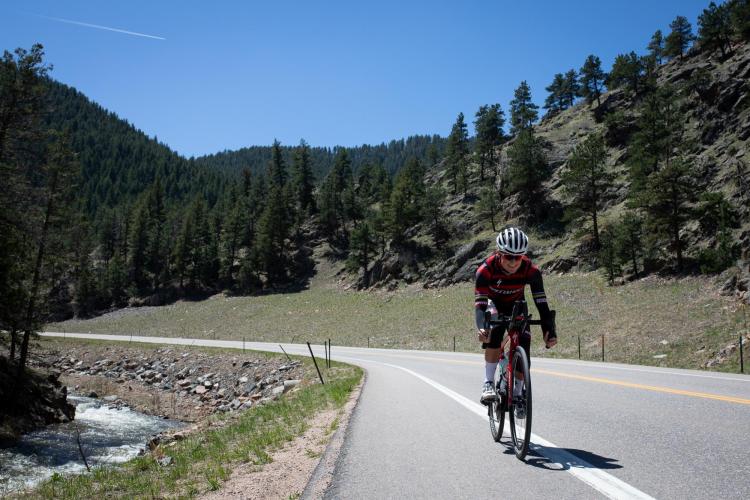 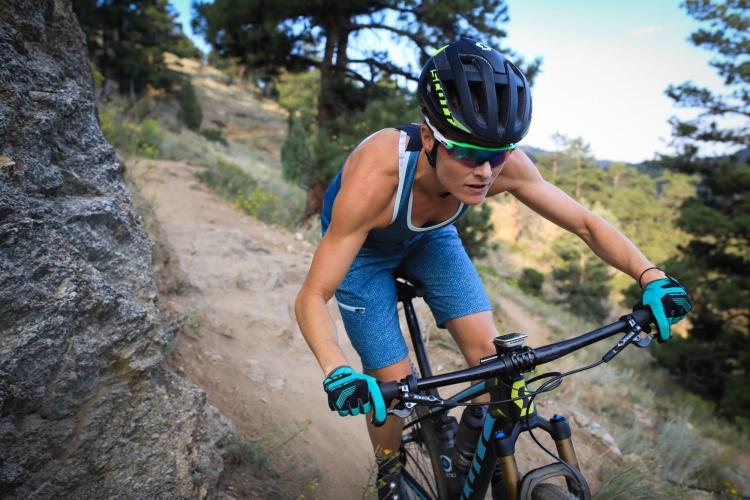 Duffy’s historic win didn’t come without setbacks. She has spoken publicly about her battle with depression throughout her career.

Competing in the Olympics, representing an entire country and going into the games as a favorite to win carries a lot of pressure, Duffy said.

“I think it’s important to surround yourself with positive people who are willing to support you and help you through the tough times,” she said. “It can often be quite hard and scary, but putting yourself in a happy, healthy environment can really make such a massive difference.”

Duffy also suffered a near-career ending foot injury while training in 2018—a setback that could have prevented her from competing in the 2020 Tokyo Olympics. But since the games were postponed due to the pandemic, she got an extra year to recover.

Although she still believes she would have been ready by the summer of 2020, the extra year allowed her to fully come back from the injury.

“It takes quite a lot of time to build back your base training, and the volume, intensity and specificity needed to compete on the world stage.”

Duffy spent most of 2020 with her husband in South Africa, where there was a strict lockdown due to the coronavirus pandemic.

“There wasn't really anything else I could do but train day in and day out. So in one sense, not traveling a lot and not going to races allowed me to just keep building back my fitness,” she said.

The extra year allowed Duffy to start 2021 at a much higher level than she would have in 2020, but the pandemic also took a toll on her experience.

“Tokyo was a completely different experience than the prior games because of COVID-19,” she said. “There were no crowds, and no family or friends, so it was a very strange feeling not having anyone to celebrate with afterwards.”

Despite the lack of crowds in the stands in Tokyo, Bermudians erupted into celebrations in their homes, in bars and on the streets. Many fans also took to social media, posting videos of themselves crying tears of joy and playing the island’s national anthem, “God Save the Queen.”

Some even called for the country to erect a statue or create a holiday in honor of Duffy capturing the gold.

As the nation rallied around their gold medalist, Duffy knew her win meant much more than personal achievement.

“The pandemic has been so tough for many people in so many countries, but as such a small island, I think this was a really unifying moment for Bermuda.”

Just two weeks after her Olympic win, Duffy took first place in the World Triathlon Championship Series, making her the first triathlete in history to win Olympic gold and the world championship title in the same year.

“Now that I finally have one Olympic win, I can really just enjoy every single race,” she said. “And, I think that’s a really good perspective to race from: whatever happens, happens, but I can continue to celebrate my win on the world stage.” 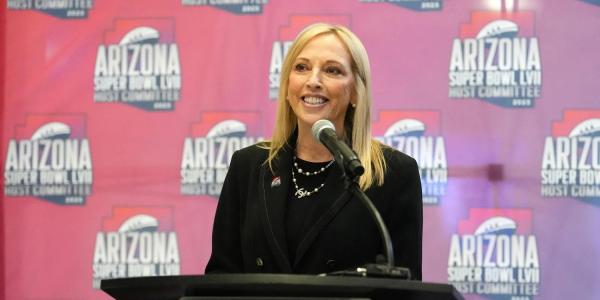 Growing up, Jay Parry got a healthy appreciation for sports from her father. Decades later, the former banking executive would make her name working for the WNBA and NBA. Today she serves as the public face of the group responsible for Super Bowl LVII. END_OF_DOCUMENT_TOKEN_TO_BE_REPLACED 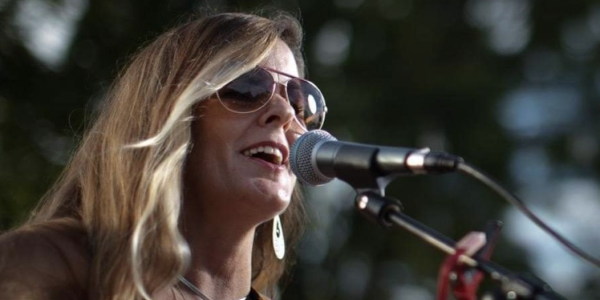 College of Music alumna Mindy Watkins released her first album, “Tuesday’s Child,” earlier this year. Discover what inspired the album and the path she took to get there. END_OF_DOCUMENT_TOKEN_TO_BE_REPLACED 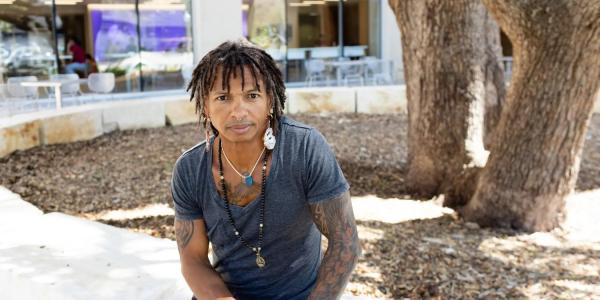 Astrodynamicist and space environmentalist Moriba Jah is among the prestigious 25-member cohort of the 2022 MacArthur Fellows Program. END_OF_DOCUMENT_TOKEN_TO_BE_REPLACED
Return to the top of the page