Is wildfire smoke bad for your health?

Is wildfire smoke bad for your health?

Coloradans woke up to hazy skies Monday morning, as smoke from the Morgan Creek wildfire near Steamboat Springs prompted air quality health advisories from Routt to Summit counties, and smoke from fires in California cast an eerie glow across the Front Range. As recently as 12 years ago, researchers had little understanding of how such smoke impacts human health—if at all, says Colleen Reid, an assistant professor of geography who in 2008 became one of the first U.S. researchers to study the health impacts of wildfire smoke.

“Back then, there was a sense that it was ‘natural’ air pollution, and if it was bad it was only short-term, so it was not as much of a concern as pollution from factories and refineries and vehicles,” she says. “What we are realizing now, as these episodes of exposure last longer, is that wildfire smoke can have measurable and potentially lasting health impacts.”

Reid spoke with CU Boulder Today about what those impacts are and how we can minimize them:

It seems like the smoke is getting worse each summer. Is it?

It is. When I started this work, people collecting data from monitors in Northern California said ‘disregard anything above 400 micrograms per cubic meter (ug/m3)'  because they assumed it was impossible. They thought the monitors were malfunctioning. Now, in some areas of the country, levels are getting into the thousands.

While, in general, the Clean Air Act has led to improvement in air quality in the United States, there are a few places in the West that have not shown improvement, are stagnant or are getting worse on measures of particulate matter. This is due to wildfires. 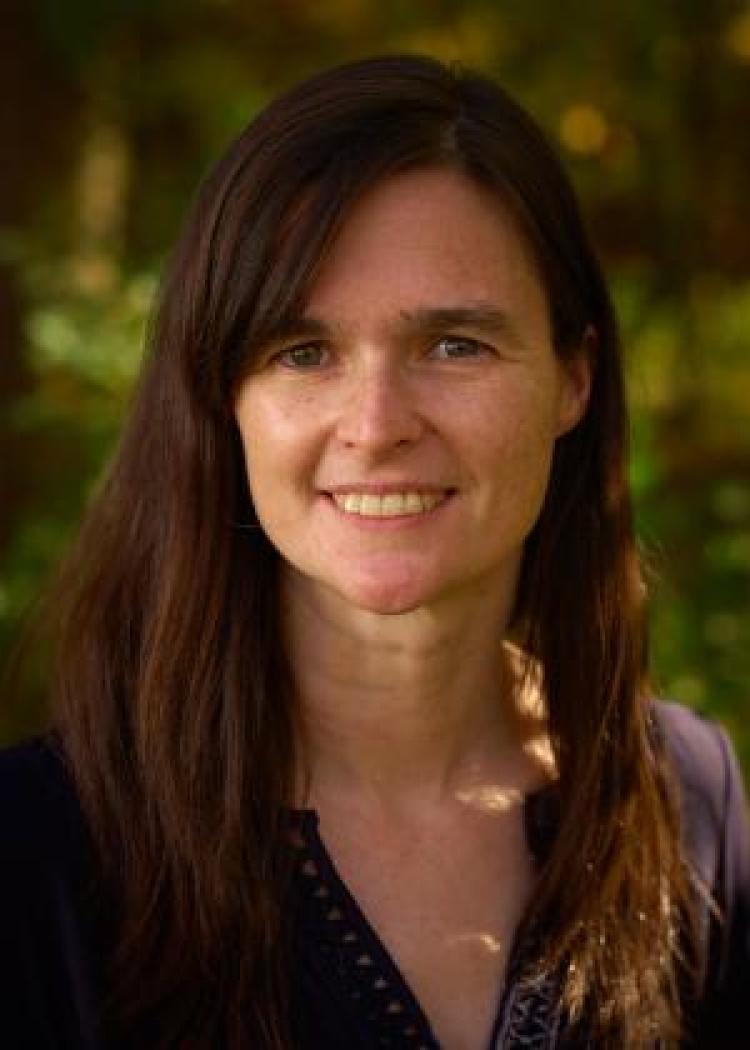 What is wildfire smoke made of?

It’s a complex mix of gases and solid and liquid particles. From a health perspective, the particles—that dark cloud that you see when you look at the smoke plume—are most concerning. They are so tiny they don’t fall to the ground with gravity and, unlike larger particles, they don’t get stopped in the trachea or nose when you breathe them in.

When assessing air quality in general, we tend to focus on PM2.5, particulate matter that is 2.5 microns or smaller in diameter, because the smaller the particle, the deeper they get into the lungs, and the more likely they get into the bloodstream. Most particles created during wildfires are 1 micron or smaller, not only affecting respiratory health but potentially having systemic effects—including inflammatory effects throughout the body. They have found particles in the brains of cadavers, so we also know they can get into the brain.

Is there anything else in there of concern?

Is it worse for you than other forms of air pollution?

There’s not enough research to say. But at least one study in mice found that particles in wildfire smoke are more toxic than particles from other sources. Other studies have found that for every unit increase in PM2.5 from wildfires, there is a larger increase in people showing up in the emergency room for asthma than for other sources of PM2.5.

How does wildfire smoke impact health in the short term?

Probably everyone who has exposure to wildfire smoke is impacted in some way, even if they don’t recognize it. They might be a little short of breath or have some heart rate variability or lung function decline. We know that it can cause a sore throat, cough, itchy watery eyes, congestion and shortness of breath. If you can’t breathe as deeply and get as much oxygen, especially at this altitude, you might feel tired.

Generally, there are more people who die during wildfire events than would be expected if the wildfire was not there. Those are probably individuals who were very sick and the air pollution from the wildfire smoke was the proverbial straw that broke the camel’s back.

Are there longer-term effects?

My own research found that babies whose gestation is during a wildfire event are more likely to be born with a lower birth weight and more likely to born early. There is also some evidence that it can trigger heart attacks and impact the immune system. One recent study looking at 8 years of data in Montana found that areas with more intense wildfire smoke exposure in the summer had worse flu seasons the following winter.

It could be that it irritates the lungs and makes them more susceptible to worse infection upon exposure. Some researchers are currently looking to see whether there were more extreme cases of COVID-19 or more cases of COVID-19 in areas with worse wildfire smoke. And some are studying whether it is affecting metabolic health and cognition.

Should you exercise outdoors when it’s smoky?

I recommend following the guidelines of the air quality index (AQI), which advises that you curb outdoor exercise when levels exceed an AQI level of 150 or PM2.5 concentrations of 55 micrograms per meter cubed for the average person. The levels are lower for those with pre-existing respiratory disease (100 on the AQI or 35 micrograms per meter cubed PM2.5 concentration). And certainly, if the concentrations are so high you can’t see to the end of your street, that might be a time to curb your outdoor exercise.

Can the smoke get inside?

Even with a really tight home, if the air pollution is bad for many days at a time, the smoke will get in. HEPA filters can help a lot with indoor air quality. When it is really smoky, try to keep your windows and doors closed. But you don’t want the indoor temperature to get so high that it is a health threat as well.

With heat and wildfires happening at the same time, that gets really challenging, especially for people who don’t have air conditioning. Some cities are looking into creating public clean air shelters, with air conditioning and HEPA filters, where people can go.

Protests in Iran have sent shockwaves through the country as thousands across the globe have joined in solidarity. Marie Ranjbar explains the history of women-led protests in Iran, what's different this time and what the global community can do to support women's bodily autonomy there. END_OF_DOCUMENT_TOKEN_TO_BE_REPLACED

Ye, the rapper and fashion designer formerly known as Kanye West, made headlines and topped social media feeds in recent weeks for his series of antisemitic comments. Thomas Pegelow Kaplan spoke with CU Boulder Today about what antisemitism means and how it’s perpetuated today. END_OF_DOCUMENT_TOKEN_TO_BE_REPLACED

A new international study conducted at the height of the COVID-19 pandemic shows when people simply take a moment to reflect on the consequences of their behavior, they’re more likely to make choices that benefit public health. END_OF_DOCUMENT_TOKEN_TO_BE_REPLACED
Return to the top of the page