Later this month, U.S. intelligence agencies are expected to present to Congress a highly anticipated unclassified report detailing what they know about unidentified flying objects (UFOs).

According to unnamed officials reported to have been briefed on its contents, the task force did not find evidence that the unexplained aerial phenomena (likened to UFOs) that Navy pilots have witnessed in recent years are alien spacecrafts. But the report does not definitively say they aren't.

One of the last government-commissioned reports on UFOs was conducted right here at CU Boulder and resides in the archives at University Libraries. Edward Condon, a former professor of physics and astrophysics, was given $300,000 to produce a thousand-page report named The Scientific Study of Unidentified Flying Objects, or the Condon Report, as it became known.

Heather Bowden, head of Rare and Distinctive Collections, has preserved and reviewed the Condon Report and spoke with CU Boulder Today about what it found. 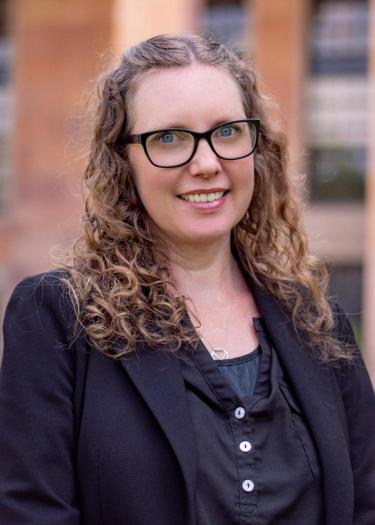 Who was Edward U. Condon?

Edward U. Condon (1902–74), a former professor of physics and astrophysics and fellow of the Joint Institute of Laboratory Astrophysics (JILA), was a prominent theoretical physicist who made substantial contributions in academia, industry and government. He had a major impact in the development of scientific fields such as quantum mechanics, nuclear science and electronics but was most known for his report on UFOs.

Why was the Condon Report commissioned?

The Condon Report was commissioned by the United States Air Force in the mid-1960s with the aim of producing an unbiased scientific investigation into the possibility that unidentified flying objects may be of extraterrestrial origin. The decision to conduct the study came from a March 1966 report from an ad hoc committee of the Air Force Scientific Advisory Board tasked with reviewing this issue.

What types of documents does the collection feature?

What were the general findings?

In the first section, Condon reported, “Our general conclusion is that nothing has come from the study of UFOs in the past 21 years that has added to science knowledge,” meaning the researchers involved in the project did not find conclusive evidence there have been sightings of UFOs that were crafted by remote galactic or intergalactic civilizations.

The 2021 government-commissioned UFO report came to a similar conclusion, according to unnamed sources cited in articles from The New York Times and CNN, but did not rule out the possibility that alien life exists.

This month, a Pentagon task force will release a long-awaited report digging into a topic typically relegated to science fiction movies and tabloids: unidentified flying objects. Professor Carol Cleland talks about the report and why scientists should take weird and mysterious observations seriously.

Are there any items in the collection you find particularly fascinating?

I’m always most fascinated by the handwritten materials and scraps of notes that accompany published pieces like the report, because it lends a human element to something that could otherwise be considered clinical and dry. I also think the film reels would be fascinating to watch.

Students can access materials from the collection when Norlin Library reopens this fall by contacting rad@colorado.edu to schedule an appointment in the Rare and Distinctive Collections (RaD) Reading Room. Students can also check out additional UFO-related University Libraries resources online.

CU's Laboratory for Atmospheric and Space Physics will contribute scientific data systems and mission operations expertise to a NASA robotic mission to study the lunar surface prior to renewed human exploration. END_OF_DOCUMENT_TOKEN_TO_BE_REPLACED

Disks made up of rocks and dust swirl around stars across the galaxy. These features are the "fossil record of planet formation," said astrophysicist Meredith MacGregor. END_OF_DOCUMENT_TOKEN_TO_BE_REPLACED

New research adds another piece of evidence to the scientist philosophy known as the mediocrity principle: Galaxies are, on average, at rest with respect to the early universe. Jeremy Darling, a CU Boulder astrophysics professor, recently published this new finding in the journal Astrophysical Journal Letters. END_OF_DOCUMENT_TOKEN_TO_BE_REPLACED
Return to the top of the page