CU Boulder Provost Russell Moore announced today the university has established the Center for African and African American Studies, or CAAAS, (also called “the Cause”) to support teaching and research on the history and culture of people of African descent.

“CAAAS will provide a forum for cross-campus collaboration and stimulate scholarly engagement in African and African American studies at CU Boulder and beyond,” said Moore. “This fulfills two vital needs: to constantly expand our scholarship to better understand the histories, cultures and experiences of people of color in the United States and across the world, and to ensure that understanding then helps inform our students’ approach to leadership, social justice and service to the community.”

CAAAS will support teaching, research and creative work on the history, culture and struggles of people of African descent and provide a platform to build on the work of the more than 25 CU Boulder faculty members already making contributions to African and African American studies. The center will be housed within the Graduate School, and Reiland Rabaka, a professor in the Department of Ethnic Studies in the College of Arts and Sciences, will serve as the director. 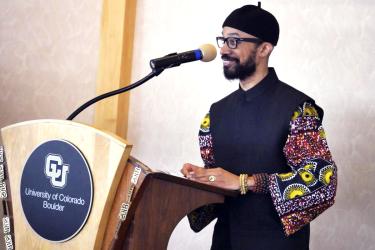 Reiland Rabaka discusses what it means for the Center for African and African American Studies to be established, what he envisions it becoming, and how students, faculty and the community will benefit from it now and for years to come. Read more.

“CAAAS will advance CU’s goal of excellence in research, creative work, teaching and service by providing a locus around which African and African American Studies innovations and achievements can be showcased and shared with students, faculty and the general public,” said Rabaka.

“CAAAS will also provide Black students, staff and faculty with a permanent space on the Boulder campus where we can build community and gain much-needed knowledge of our history, culture and ongoing struggles. In other words, the establishment of the Center for African and African American Studies means Black students and faculty will be able to feel a greater sense of belonging at CU Boulder,” said Rabaka.

The Center for African and African American Studies will build on CU Boulder’s existing strengths in various departments, programs, centers and institutes, and establish an international, intersectional and interdisciplinary center committed to the production and dissemination of knowledge about, and the historic and current arts of, Africa, Africans, African Americans and the broader African diaspora.

“The establishment of this center is an especially significant milestone for research, scholarship and creative work at CU Boulder,” said Vice Chancellor for Research and Innovation Terri Fiez. “This investment will deepen and broaden our impact in a variety of areas, from our students and campus culture to the discoveries and innovations it will cultivate.”

Focus areas of the center include:

Student support functions and services affiliated with CAAAS are in the process of being formulated and will be announced soon.

Fryar said the students had discussed how to address the concerns of Black students and sat “as a united front” alongside Rabaka during meetings with campus administrators in a show of support for CAAAS. Noting the “daunting historical underrepresentation of Black-identifying students” at CU Boulder, she said a lack of support systems has created “a sense of isolation and alienation among Black students and a lack of a sense of community.”

CAAAS “will alleviate the generational hardships Black students have had to face at CU, who have never had a space exclusively cultivated for Black communities,” Fryar said. “I am overjoyed that our efforts have led to the creation of a center that will support Black students on the CU Boulder campus for many years to come. 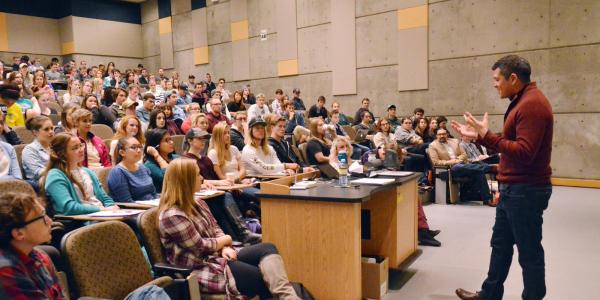 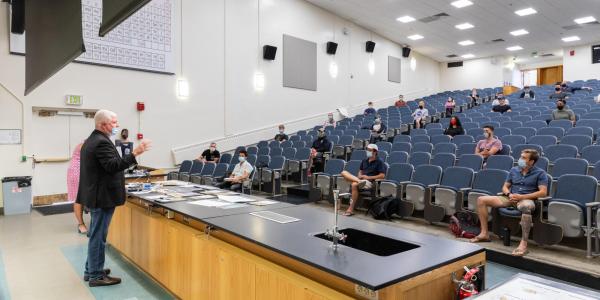 The Accommodate portal is a new tool for faculty and instructors

Disability Services is excited to introduce a new software program to help manage accommodation requests and implementations. Here’s everything you need to know about the new program. END_OF_DOCUMENT_TOKEN_TO_BE_REPLACED 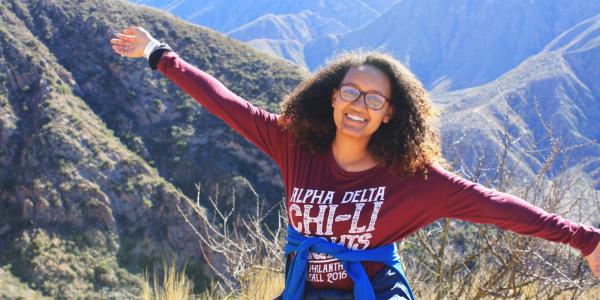 Now in its fifth year, Education Abroad’s Global Opportunity, or “GO” Scholars, program has awarded more than 100 scholarships to underrepresented first-year students from low socio-economic backgrounds. END_OF_DOCUMENT_TOKEN_TO_BE_REPLACED
Return to the top of the page