When New Jersey native Emily Nocito was looking for a college where she could study high seas conservation, she chose CU Boulder. Colorado might be a long way from an ocean, but CU environmental studies Assistant Professor Cassandra Brooks conducts research that dovetails with Nocito’s research interests.

Nocito is a PhD candidate in the environmental studies program. In addition to conservation of the open seas of the world, which are beyond any nation’s territory, she studies public policy and governance searching for solutions to pressing global environmental problems. 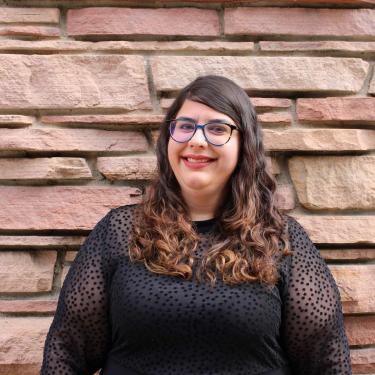 “I came to CU specifically to work with Cassandra,” Nocito said.

Brooks has been doing research in marine science, environmental policy and science communication for 15 years. Her work is largely focused on the Antarctic, and she has an interest in international waters, which aligns with Nocito’s interest. Brooks served on Nocito’s master’s thesis committee when Nocito was a graduate student at the University of Maine.

“Emily and I are both trying to answer the question of how do you do conservation on an international scale for our oceans,” Brooks said. “If you’re studying international oceans, CU Boulder is an excellent place to be. We have a whole ocean community here. There are a lot of scientists doing climate research here as well, so we find a lot of overlap between international climate agreements and ocean agreements.”

Nocito founded 10 by 2020, a youth-led non-governmental organization that focuses on education and literacy about oceans.

Her endless enthusiasm for high seas conservation has led her to the United Nations, where she has been attending conferences and serving on committees for five years and working with the U.N.’s Major Group for Children and Youth.

She received the first  Millennium Oceans Prize in 2015 and was invited to speak at the United Nations.

“It was my first time at the U.N. and I was there giving a speech about youth engagement with the oceans,” she said. “That catapulted me into the U.N. space, which I love. We’re all connected to the ocean, from Colorado to Uganda, all over the world. We all have a connection to the ocean even if it’s not apparent in your everyday life.”

In 2017, through Ocean Sanctuary Alliance, she spoke at the U.N. on youth engagement with oceans.

She also serves on a committee for a treaty negotiation considering the legal, environmental and ethical ramifications of conserving the oceans. The treaty project—Biodiversity Beyond National Jurisdiction—deals with the rights to marine genetic resources, and Nocito is helping to refine its text.

“The U.N. is the space where decisions are made,” Nocito said. “People are coming to talk about difficult topics in a respectful and transparent way. I’m surrounded by the best and brightest people in the world in a very narrow field. We’re deciding collectively on such issues as if someone catches a fish in the high seas and that fish cures cancer, does that person own it,or does their country own it?” 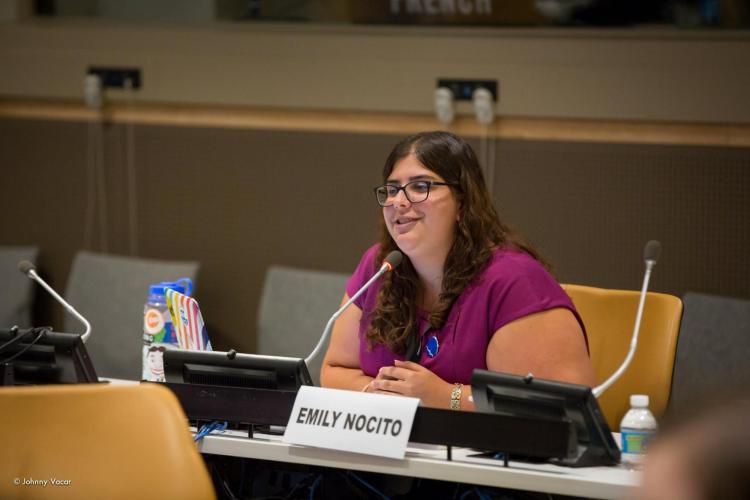 Emily Nocito speaks on youth engagement with oceans at the U.N. in 2017 | Photo courtesy of Emily Nocito

What was it like to stand on the U.N. stage for the first time and speak to representatives of more than 200 countries about ocean protection and conservation? Nocito admits the prospect was terrifying. But when she stepped to the lecturn and looked out at the people from all over the world waiting to hear her speak, a calmness settled over her.

“I had to slow down my speech because I’m from New Jersey and we tend to talk fast,” Nocito joked. “There was a realization I was there to talk about something that was bigger than just one person or one community or country. “That’s how sustainable change is made, by looking at the large scale and saying ‘I can do this.’”

There are numerous opportunities for international work with leading atmospheric and oceanic institutions associated with CU Boulder, including the National Center for Atmospheric Research and the Department for Atmospheric and Oceanic Studies. Nocito and Brooks are connected to a large community of Antarctic researchers, as well as the National Snow and Ice Data Center and the Institute of Arctic and Alpine Research.

“The oceans hold so much mystery, Nocito said. “We know more about the moon than our oceans. From a scientific perspective, we’re learning we’ve fundamentally changed the temperature of the ocean. Species are unable to cope with changing sea levels and are migrating. There’s a huge garbage patch in the ocean. But these issues are not a reason to stop trying to understand and improve things so that the mistakes we’ve made in the past aren’t repeated.”

It’s not all work and no play for Nocito, however. She has a rule about being near an ocean.

“If I’m within three hours of an ocean—or really any body of water—I go touch it,” she said. “My favorite ocean area would have to be at Ocean City in New Jersey, where my family spends time every summer”

But anywhere, really, is connected to an ocean. 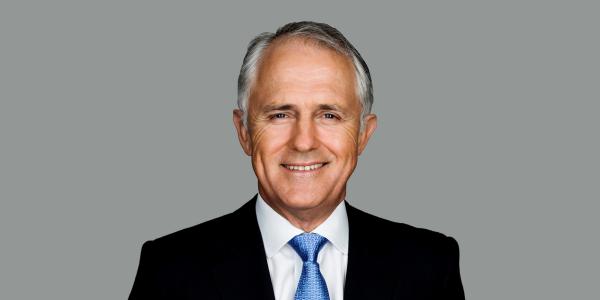 The passionate supporter for progressive environmental policy and national public education gave a virtual talk to the CU community on Nov. 9. He chatted briefly with CU Boulder Today offering opinions and advice from his perspective as a world leader. END_OF_DOCUMENT_TOKEN_TO_BE_REPLACED 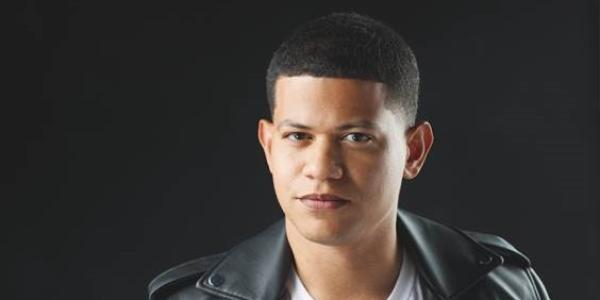 Gadiel Del Orbe, former Buzzfeed content creator for Pero Like and guest star on the YouTube/Buzzfeed pilot series "Unfortunatly Ashly," reflects and offers advice. He will give a virtual talk with Julissa Calderon on Oct. 21. END_OF_DOCUMENT_TOKEN_TO_BE_REPLACED 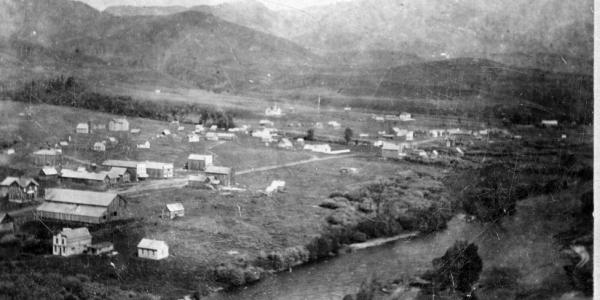 After more than 100 years away, a trove of records from the founding of Steamboat Springs has returned home. END_OF_DOCUMENT_TOKEN_TO_BE_REPLACED
Return to the top of the page