Astronauts walk through the Utah desert at the Mars Desert Research Station. (Credit: The Mars Society/MDRS)

This weekend, Shayna Hume will blast off on an adventurous journey: The avid space buff, a graduate student in the Ann and H.J. Smead Department of Aerospace Engineering Sciences at CU Boulder, is heading to Mars (or at least as close to Mars as you can get on Earth).

The scientist, who studies spacecraft landing systems, is traveling by car, not rocket. She’s one of six students and other young space professionals who will spend the next two weeks in isolation at the Mars Desert Research Station near Hanksville, Utah.

Crews from around the world travel to this facility, which is nestled amid Utah’s red rock bluffs and cliffs, to experience a bit of what life on Mars might be like. Here, they sleep in a replica of a space habitat, eat dehydrated food and venture outside only in spacesuits. Cell phones and Netflix are not allowed.

Hume and several of her team members are alumni of the Matthew Isakowitz Fellowship Program, a prestigious mentoring program for college students interested in commercial spaceflight. During its stint on “Mars,” the crew will conduct experiments on a range of questions—from how teams of people can best work together in stressful environments to how astronauts can avoid contaminating Martian soil with microbes from Earth. These explorers will also shoot a video documentary about their time in the space habitat, or “hab.”

Hume sat down with CU Boulder Today to talk about what’s in store for her on the red planet.

How did this opportunity come about?

The Matthew Isakowitz program has a great alumni group. We started discussing what opportunities we could take advantage of together, now that we had this little community. Out of all that brainstorming came the idea of doing an analog astronaut mission.

You used the term “analog astronaut” mission. What does that mean?

Analog astronaut missions on Earth are ways of testing out different factors, different procedures that can impact a space mission. The Mars Society, which owns and operates the Mars Desert Research Station, for example, wants to iron out the kinks in potential future missions to Mars. They also want to show the public how the exploration of Mars could be useful for Earth, as well. Shayna Hume tries on a spacesuit glove that had previously flown to space. (Credit: Shayna Hume)

And, if you look at photos, this site really looks like it could be on Mars. Is that intentional?

One of the reasons why it is in Utah to begin with is because desert conditions in the U.S. can closely replicate Mars. The geology is really similar.

What are you going to be doing during your time on Mars?

We have a minute-by-minute calendar of our entire time there. We have crew briefings at the beginning of every morning where we go over our daily schedule. Then we typically have EVAs, or extra-vehicular activities, where we go out of the “hab.” We’re wearing helmets. We’re wearing little oxygen tanks. In the afternoon, we have science experiments.

It sounds like the Mars Society takes the challenge of simulating an authentic Martian environment seriously. What does that mean for you and your crewmates?

Inside the hab, we will be cut off. We have a ground control person on the outside who is going to be receiving minimal information from us. You can send back some plain text, a few photos here and there—things that a rover could send, essentially.

We have powdered eggs. We basically have space food. One of our members is taking on the role of crew chef, and he’s creating a menu based on what would actually fly along with astronauts.

What sort of science experiments will you be conducting at the station?

I am very interested in issues around the ethical settlement of Mars and other planetary bodies. It’s very important to me not just that we go, but how we go.

In one study, we’re going to be looking at different levels of planetary protection—different procedures in the airlock, different safety mechanisms to make sure there’s no backward or forward contamination of samples with living organisms. We want to know how these procedures can impact operations and what can be done easily.

Is there anything you’re nervous about now that the mission is almost here?

I worry about getting a little stir crazy. Isolation is hard, and it’s particularly odd when you’re in a professional setting. Even during COVID, I’ve been at home with my partner and my cat, and I’m going to miss them very much.

Do you feel like the pandemic has prepared you for this experience in some ways?

It’s not insanely different from COVID. You can easily work around the clock when you’re working from home if you don’t stop yourself. One of the things I want to pay attention to is taking a few minutes each day to myself to just relax.

How do you think that isolation will compare to what faces astronauts traveling to the real Mars?

We’re spending just a few weeks on Mars. In reality, you’re going to be spending months, if not a year, there. It’s important that we figure out these questions of how we can live and work in the same space if we’re going to succeed. 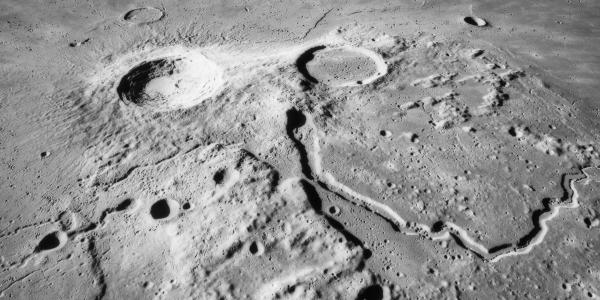 If any humans had been alive 2 to 4 billion years ago, they may have looked up and seen a sliver of frost on the moon's surface. Some of that ice may still be hiding in craters on the moon today. END_OF_DOCUMENT_TOKEN_TO_BE_REPLACED

A major research center on autonomous air mobility and sensing has been founded at CU Boulder, in partnership with the National Science Foundation. END_OF_DOCUMENT_TOKEN_TO_BE_REPLACED 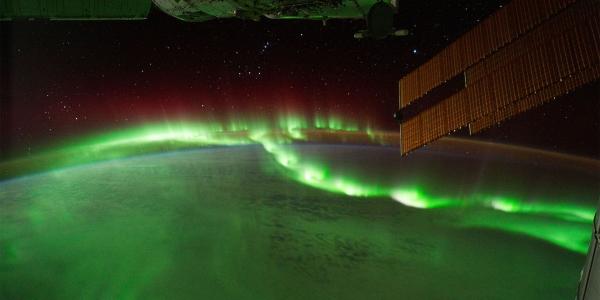 LASP and aerospace engineering researchers will use new grant funding to advance their concept of a futuristic swarm of satellites to shed new light on how the solar wind affects Earth’s upper atmosphere. END_OF_DOCUMENT_TOKEN_TO_BE_REPLACED
Return to the top of the page