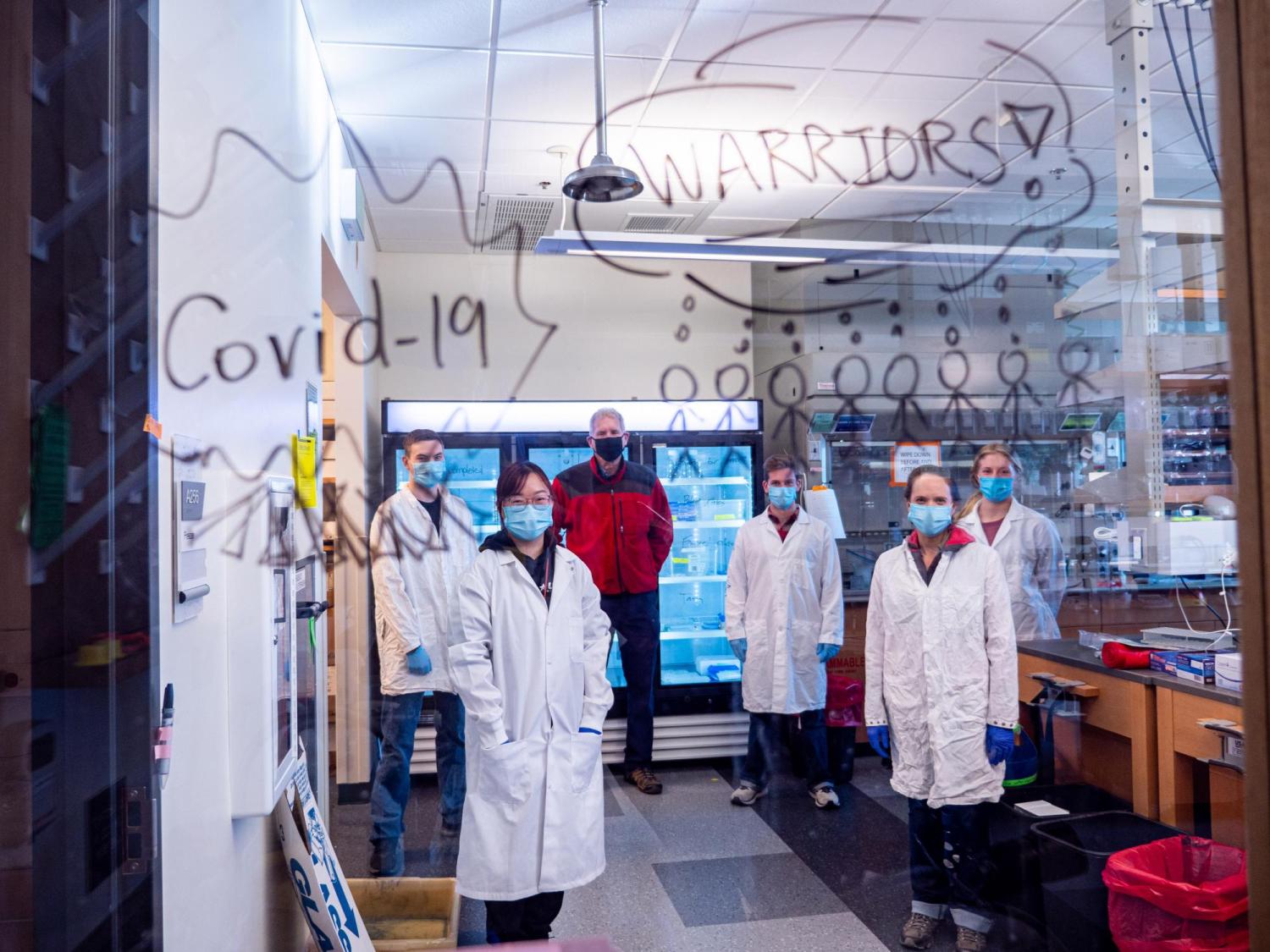 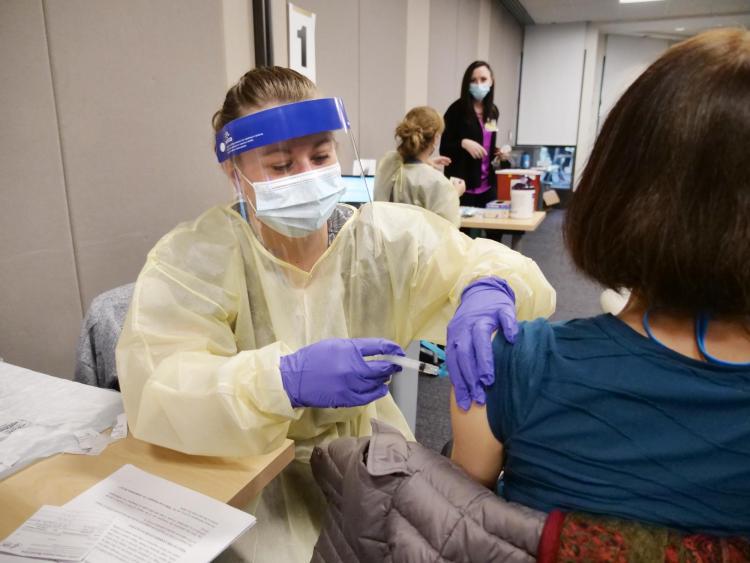 Learn more about a historic year for science at CU Boulder

They worked at opposite ends of campus, in disparate fields toward distant goals. Some had never met. Some probably never would have.

One by one, a team of often-siloed scientists began to pivot, back-burnering their own research and personal lives to face a daunting challenge: to bring 31,000 students back to campus safely in the midst of a deadly virus easily spread by young people who don’t know they have it.

“We were just this rag tag team that started meeting over Zoom,” said Leinwand, who in early spring convened a dozen volunteers for 90 minutes after work to begin hashing out a plan.

They’d meet for nearly a year, seven days a week, sometimes multiple times a day, with pets and kids wandering into their frames as their meals got cold.

“There was no primer and no precedent. We were just learning as we went,” recalled Leinwand, who pulled in volunteers from Student Affairs, Medical Services and Facilities Management to help deploy the science-based solutions taking root. “It was intense.”

Today, the machine they quietly built together is humming along smoothly. On the second floor of the BioFrontiers Institute, a young team of “COVID Warriors,” as they call themselves, processes up to 2,500 saliva samples daily, from free campus screening sites using a new test invented in Parker’s lab.

Results are recorded one-by-one, late at night, by a sometimes bleary-eyed post-doctoral researcher, Kristen Bjorkman, who volunteered to help last spring and never stopped. Then, they’re delivered via a smartphone app developed by campus computer scientists. When a student tests positive, via a follow-up diagnostic test at Wardenburg, one of 80 student contact tracers convened by McQueen last spring, kicks into action. 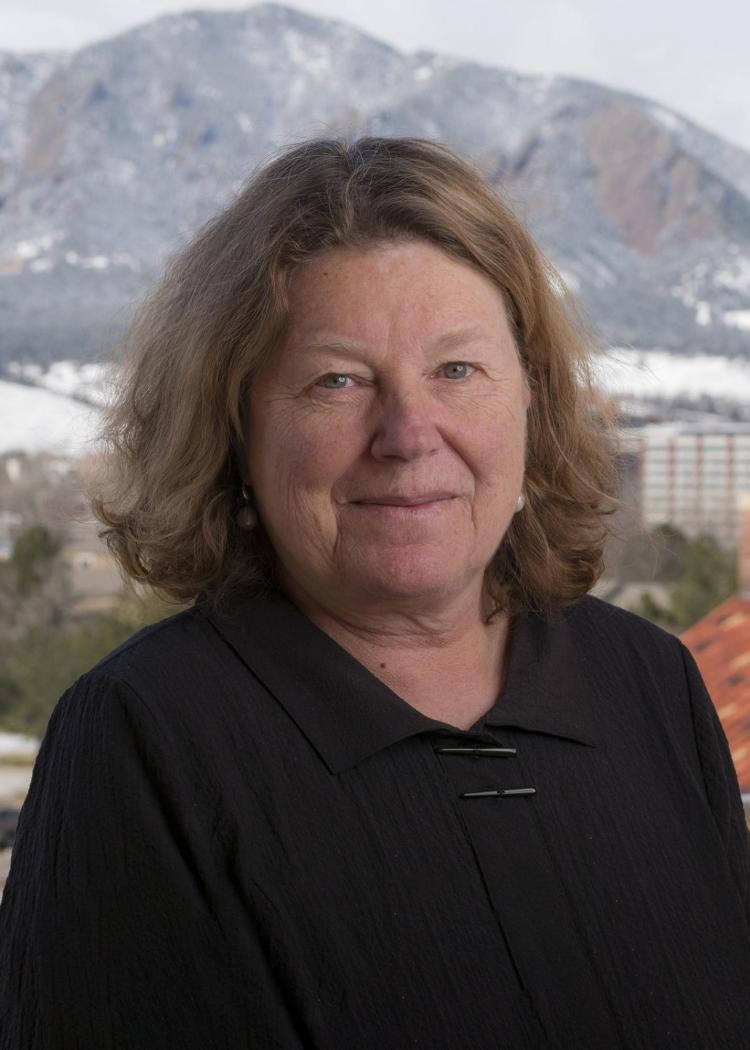 While many universities continue to operate primarily online, CU Boulder is inching its way back to something resembling a normal campus.

“No one ever dreamed that the impact of this pandemic would be as large and lasting as it is, and we and other universities were knocked on our heels trying to respond to the unknown,” Moore said. “Without anyone asking them, this small group of people dropped their lives and said, ‘Let’s do what we can to keep this campus going.’ They didn’t ask for credit or care who knew about it. They just dove in and got it done.”

Even before the pandemic, Leinwand, chief scientific officer of the BioFrontiers Institute, didn’t sleep much.

“Honestly, I think it’s a waste of time,” she said of the five hours she gets nightly. “If I could do away with it entirely I would.”

She keeps a small notepad on her bedside, waking often to scribble ideas or work through problems. In spring of 2020, after Chancellor Phil DeStefano suggested she spearhead development of a COVID-response plan, she churned through those notebooks.

At the time, existing nasopharyngeal tests—not-so-fondly referred to as “brain probes”—were in short supply and taking as long as nine days to return results.

Leinwand and Parker began developing a plan for monitoring on campus.

“We looked at what was happening around the country and realized we needed to develop the capacity to do some things on our own,” said Parker, who has spent his career studying RNA (ribonucleic acid), the molecular messenger that carries genetic information for many viruses, including SARS-CoV-2.

Two research associates who had worked in Parker’s lab for decades, Carolyn Decker and Denise Muhlrad, put their heads together to help develop a fast, sensitive test more amenable to college students—based on saliva instead of nasal samples.

“I felt like most things were out of control in the world around me, but this was some small way that I could have control and be helpful,” said Decker.

As she refined the test, Muhlrad designed novel primers and scoured the internet for reagents and precious PCR (polymerase chain reaction) machines, which can detect the genetic material of SARS-CoV2 in less than a thimble full of spit. 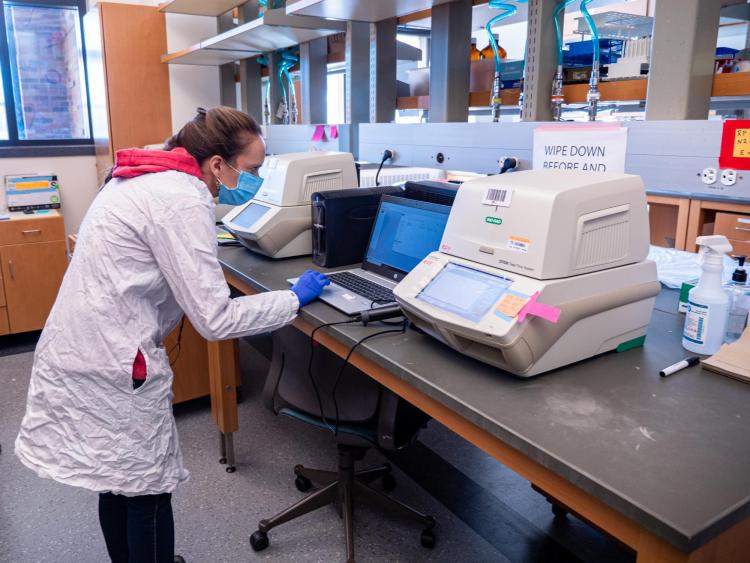 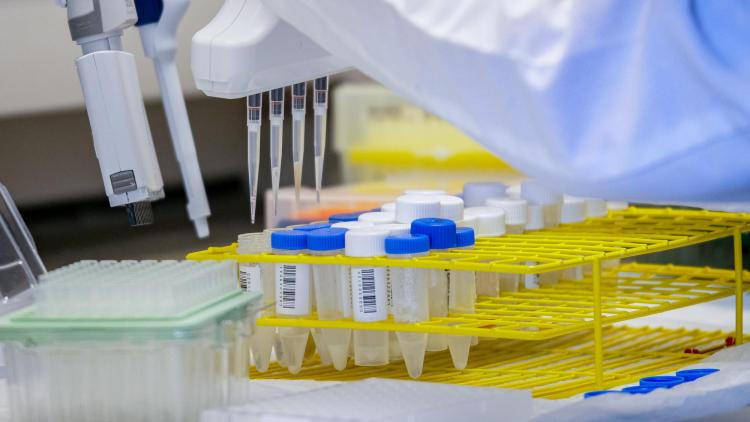 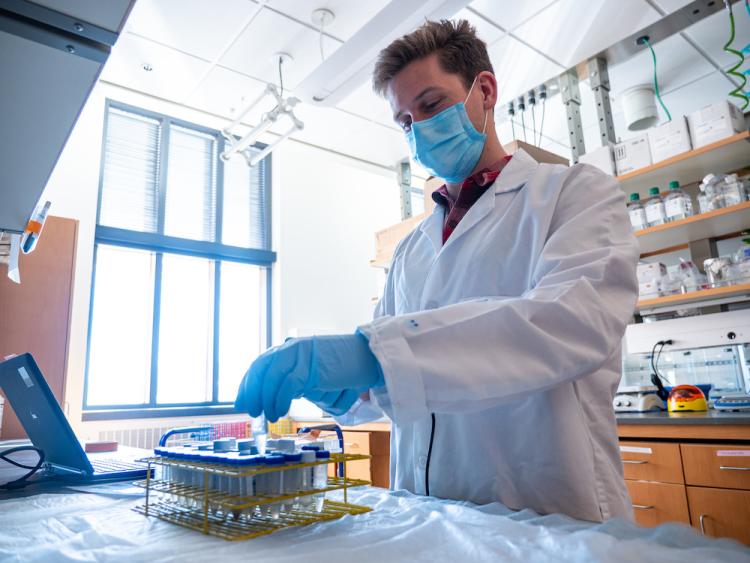 She worked long days on campus and late into the night at home for months to get the lab set up in time for students’ return.

On July 28, volunteers erected a white tent at the Champions Center on campus and began collecting their first saliva samples from students.

Three months later, Muhlrad died suddenly from a previously undiagnosed heart problem, a devastating loss for Parker, Decker and other colleagues who continued their work while mourning a dear friend.

Her last scientific endeavor has left a potent legacy for her community.

“She was not one to toot her own horn and she could be a bit stoic, but I know she was proud to be a part of this,” said her husband Paul Muhlrad, science communications manager for the Department of Molecular, Cellular and Developmental Biology.

In the weeks before school started, Parker found himself in an odd position for the director of a biomedical institute: Clad in shorts and sandals, he went from porch to porch on University Hill, urging students to come get a COVID-19 test.

Leinwand remembered spending one night scouring the internet for rental cars, to move saliva samples from tents to the lab.

“We also needed isolation spaces and environmental controls and ventilation and signage and hand sanitizer and…,” he said, recalling how he toured every classroom, hallway and community space with Facilities Management, Student Affairs and Medical Services staff. “You didn’t have time to breathe and think and wait for a paper to be published on it, you just had to move and accept the fact that you might get it wrong sometimes.”

Come fall, as students returned to campus, cases surged, critics pounced and the team couldn’t help but be disappointed.

“We’d get results back at 1 a.m. and we’d all be watching our email. Sometimes we were on the phone in the middle of the night,” said Leinwand.

McQueen said that, of all the things they did right, they failed to consider the impact that off-campus social gatherings could have on the pandemic, an issue that continues to plague the community’s COVID-19 response. All the testing in the world won’t make up for bad behavior, said Parker.

Despite the fall surge faced by universities nationwide, CU was able to flatten the curve.

While more than 2,100 cases of COVID-19 have been confirmed to date via campus testing, not a single one has been shown to have been transmitted in the classroom.

“Our system, while taxed and stretched, worked,” said McQueen.

The team meets less often now, and when they do, they feel the freedom to cut loose a little. On holidays, they delivered their favorite holiday dishes to one another’s doorsteps, enjoying them within the confines of the familiar Hollywood Square on Zoom. When someone has a birthday, a cake or flowers often appear at their house.

“We built this community of trust and respect and we came to really like each other,” said Leinwand.

Science also changed. Instead of hunkering down and moving slowly, researchers discovered how quickly they could make things happen in collaboration across disciplines.

“COVID changed us, forcing us to cross boundaries that prior to the pandemic seemed impenetrable and make things happen at lightning speed because we genuinely care about this community,” said Moore. “My greatest hope is that this spirit of collaboration lasts.”

A model of your very own kidney made entirely from soft and pliable polymers? Researchers at two CU campuses are on the cusp of 3D printing realistic replicas of human anatomy. END_OF_DOCUMENT_TOKEN_TO_BE_REPLACED

Researchers from CU Anschutz and CU Boulder are developing an artificial intelligence tool to diagnose dementia at earlier stages in an effort to curb its progress and plan more effective treatment options. END_OF_DOCUMENT_TOKEN_TO_BE_REPLACED

Researchers have been trying to quickly and accurately identify the parts of DNA that lead to genetic disorders such as cancer. A new software tool could improve that process and lead to the more tailored treatment and understanding of cancers from patient to patient. END_OF_DOCUMENT_TOKEN_TO_BE_REPLACED
Return to the top of the page