It finds that when wildfire follows a severe spruce beetle outbreak in the Rocky Mountains, Engelmann spruce trees are unable to recover and grow back, while aspen tree roots survive underground. The study, published last month in Ecosphere, is one of the first to document the effects of bark beetle kill on high elevation forests’ recovery from wildfire.

“The fact that Aspen is regenerating prolifically after wildfire is not a surprise,” said Robert Andrus, who conducted this research while working on his PhD in physical geography at CU Boulder. “The surprising piece here is that after beetle kill and then wildfire, there aren't really any spruce regenerating.”

Andrus’ previous research found that bark beetle outbreaks are not a death sentence to Colorado forests—even after overlapping outbreaks with different kinds of beetles—and that spruce bark beetle infestations do not affect fire severity.

This new research, conducted in the San Juan range of the Rocky Mountains, shows that subalpine forests that have not been attacked by bark beetles will likely recover after wildfire. But for forests that suffer from a severe bark beetle outbreak followed by wildfire within about five years, conifers cannot mount a comeback. While these subalpine forests can often take a century to recover from fire, this research on short-term recovery is a good predictor of longer-term trends.

“This combination, the spruce beetle outbreak and the fire, can alter the trajectory of the forest to dominance by aspen,” said Andrus, who is now a postdoctoral researcher at Washington State University.

For those worried about the future of Rocky Mountain forests farther north, more research is needed on areas burned in the 2020 East Troublesome Fire to understand how the mountain pine beetle outbreak prior to that fire will affect forest recovery, according to Andrus. 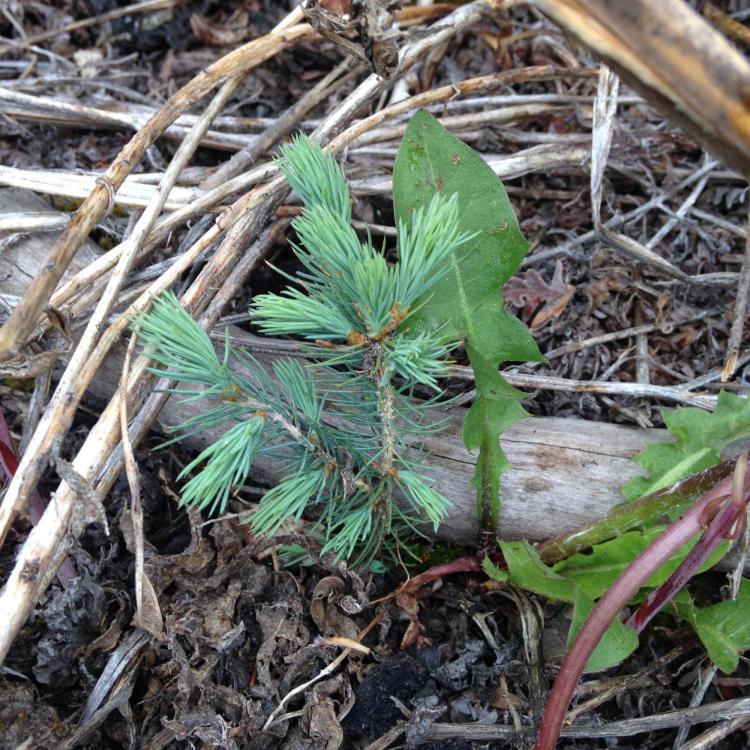 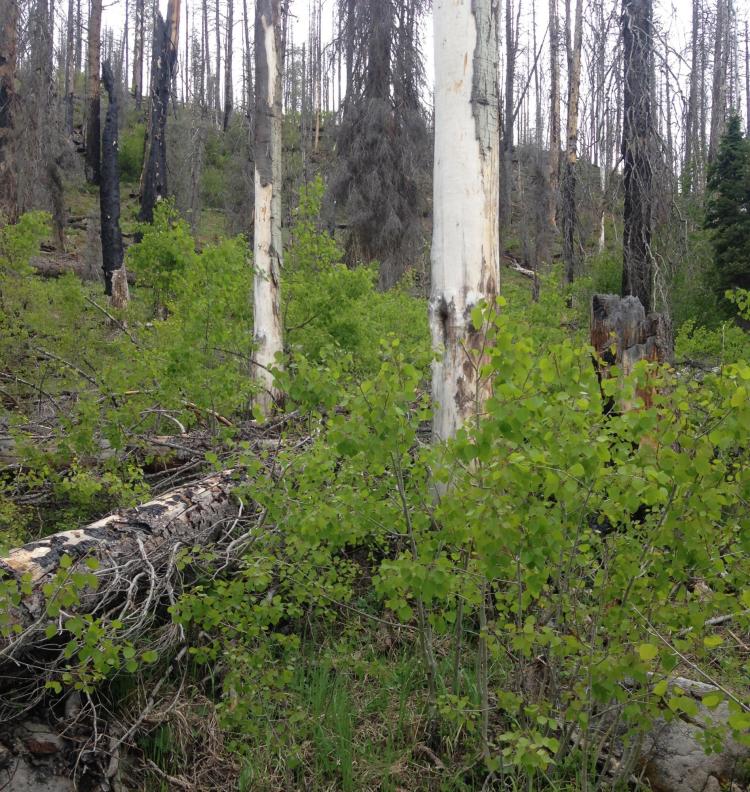 Each bark beetle species specializes in attacking—and usually killing—a specific host tree species or closely related species. Several species of bark beetle are native to Colorado and usually exist at low abundances, killing only dying or weakened trees. But as the climate becomes hotter and drier, their populations can explode, causing outbreaks which kill large numbers of even the healthiest trees.

These large, healthy Engelmann spruce and subalpine fir trees are the ones that produce the most seeds. When bark beetles kill these trees and then fire sweeps in, the researchers found there simply aren’t enough seeds being produced in the burned areas to regenerate the forest.

Aspens, however, regrow from their root systems. While all three of these higher elevation trees have thin bark and die when exposed to fire, with their regenerative roots underground, aspens can bounce back where conifers cannot.

The researchers focused specifically on areas of forest affected by spruce bark beetle outbreaks, which attack Engelmann spruce, where fires such as Papoose, West Fork and Little Sands burned in 2012 and 2013 in Rio Grande National Forest. They found that for forests that suffer from a severe bark beetle outbreak followed by wildfire within about five years, Engelmann spruce and subalpine fir trees failed to recover in 74% of the 45 sites sampled.

This information will help inform land managers and policy makers about the implications for high elevation forest recovery following a combination of stressors and events.

And it’s more important information than ever. Not only do bark beetle outbreaks leave behind swaths of dead, dry trees—and fewer trees to produce seeds—but the climate is getting hotter and droughts are becoming more frequent, promoting larger fires.

But there is good news: The aspens that may come to dominate these southern Colorado forests can anchor their recovery, and keep forests from transitioning into grasslands.

“Where the aspen are regenerating, we expect to see a forest in those areas,” said Andrus.

Additional authors on this publication include Thomas Veblen at CU Boulder; and Sarah Hart and Niko Tutland of Colorado State University.

The Cooperative Institute for Research in Environmental Sciences at CU Boulder will continue to support the National Oceanic and Atmospheric Administration's Earth system and data science research under a new agreement. END_OF_DOCUMENT_TOKEN_TO_BE_REPLACED

The gut microbiomes of long-dead animals could give researchers surprising insights into how climate change and other factors have shaped the Rocky Mountains over decades. END_OF_DOCUMENT_TOKEN_TO_BE_REPLACED

The Greenland Place Name Committee has named a glacier “Sermeq Konrad Steffen” after the late Konrad Steffen, former director of CIRES, who made exceptional contributions to Greenlandic society and science. END_OF_DOCUMENT_TOKEN_TO_BE_REPLACED
Return to the top of the page