Who should get the first COVID-19 vaccines? Global study provides insights

Who should get the first COVID-19 vaccines? Global study provides insights

Should people who already had COVID-19 step aside and give their place in the vaccine line to someone else? In some cases, yes, suggests new CU Boulder research.

“Our research suggests that prioritizing people who have not yet had COVID-19 could allow hard-hit communities to stretch those first doses farther and get to some of the herd immunity effects sooner,” said Dan Larremore, a computational biologist at the BioFrontiers Institute whose team used mathematical modeling to determine how different distribution strategies could play out in cities around the globe.

He and lead author Kate Bubar, a graduate student in the Department of Applied Mathematics, teamed up with colleagues at the Harvard T.H. Chan School of Public Health and the University of Chicago, to do the study. They found that if, in general, saving lives is the objective, enabling people 60 and older to go to the front of the line works best. If reducing future infections is the goal, however, the 20- to 49-year-old crowd should get the first doses. In very few cases did vaccinating children first make sense.

For the study the researchers used demographic data—including age distribution and published contact rates amid and between different age groups—from countries around the world.

They also drew on information on the percentage of people who are already “seropositive” or previously infected with the virus in different locations.

Then they modeled what would happen in five different scenarios in which a different group got to be first in line: Children and teenagers, adults between the ages of 20 and 49, adults aged 20 or older or adults aged 60 or older. In the fifth scenario, there was no distribution strategy and anyone who wanted a vaccine got one while supplies lasted.

Results from the United States, Belgium, Brazil, China, India, Poland, South Africa and Spain are included in the paper.

Different strategies worked better or worse, depending on each area’s population but a few findings jumped out.

“In the broadest array of scenarios, across countries, prioritizing adults 60-plus first was the best way to minimize mortality,” said Larremore. “If we want to go back to pre-pandemic behavior, giving the first wave of vaccines after healthcare workers to older adults is the way to go.”

That finding has already been used by global health experts to inform vaccine distribution strategies, with the World Health Organization and the Centers for Disease Control referencing the study in recommendations to prioritize older adults.

But after that, as individual states determine who’s next, the story gets more complicated.

“If transmission is rampant, and hospitals are being overwhelmed, then directly protecting those who are at the highest risk for severe outcomes is the best way to save lives and decrease the stress on our healthcare system,” said Bubar. “But, if instead, transmission is relatively low in a given area then prioritizing those who have the most contacts would be better— provided that the vaccine blocks transmission.”

In communities where COVID-19 had already infected large swaths of the population, prioritizing those who are “seronegative” or did not already test positive for the virus, could allow health agencies to stretch the vaccine farther and save more lives.

For instance, in New York City where 27% of people have already been infected, vaccinating one in five people over age 60 could bring mortality down by 73%.

“But the city could get that same level of population protection by vaccinating just one in six older adults—if those without antibodies were brought to the front of the line,” said Larremore.

A COVID-19 test before your shot?

Just how might a city go about identifying people who’d already been infected?

In cases where vaccine availability was scarce, the authors said, it might be worth having individuals take an antibody test before getting the vaccine. Alternatively, people who’d already had COVID-19 could just be asked to consider sparing their dose for someone who does not already have partial protection from the virus.

In a city like Boulder, however, where only a small percentage of people have already been exposed, testing people prior to vaccination might not yield enough benefit to be worth the effort.

“We hope that state governments will consider the local status of the epidemic in their decisions about who to prioritize,” said Bubar.

This work is under peer review, and the authors hope to publish in early 2021. Meantime, as vaccines become available and policymakers begin to make tough decisions influenced by emotions, ethics and the economy, the authors hope their work can provide some statistical footing.

“We need policy decisions that are well-anchored in the most rigorous scientific estimates,” said Larremore. “This paper is all about providing them.”

A new genetic analysis, using data from hundreds of thousands of people, sheds light on why more than half of people diagnosed with one psychiatric disorder will be diagnosed with a second or third in their lifetime. END_OF_DOCUMENT_TOKEN_TO_BE_REPLACED

In the wake of this week's leak about a private Supreme Court vote to strike down Roe v. Wade, CU Boulder sociologist Amanda Stevenson discusses how such a ruling could impact women's mortality and the way they live their lives. END_OF_DOCUMENT_TOKEN_TO_BE_REPLACED 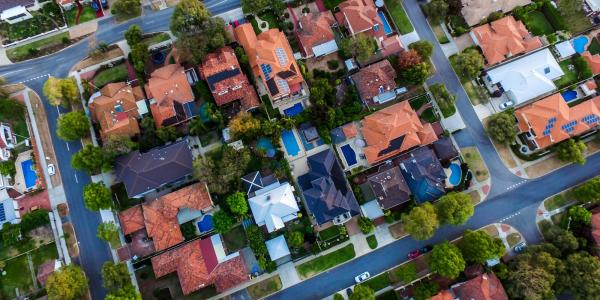 Engineers have studied disaster resilience in housing for decades—exploring and creating better solutions to keep people safe and in place after events like earthquakes. New research aims to take that work further by better incorporating the perspectives and attitudes of those living in impacted homes—particularly women. END_OF_DOCUMENT_TOKEN_TO_BE_REPLACED
Return to the top of the page