A long-term trend of ecological improvement is appearing in the mountains west of Boulder. Researchers from CU Boulder have found that Niwot Ridge—a high alpine area of the Rocky Mountains, east of the Continental Divide—is slowly recovering from increased acidity caused by vehicle emissions in Colorado’s Front Range.

Their results show that nitric and sulfuric acid levels in the Green Lakes Valley region of Niwot Ridge have generally decreased over the past 30 years, especially since the mid-2000s. The findings, which suggest that alpine regions across the Mountain West may be recovering, are published in the Journal of Geophysical Research: Biogeosciences.

This is good news for the wildlife and wildflowers of Rocky Mountain National Park to the north of Niwot Ridge, which depend on limited levels of acidity in the water and soil to thrive. Colorado’s Rocky Mountains are also the source of a lot of water for people living in the Mountain West, and the integrity of these ecosystems influences both the quantity and the quality of this water.

“It looks like we're doing the right thing. By controlling vehicle emissions, some of these really special places that make Colorado unique are going back to what they used to be,” said Jason Neff, co-author on the paper and director of the Sustainability Innovation Lab at Colorado (SILC). 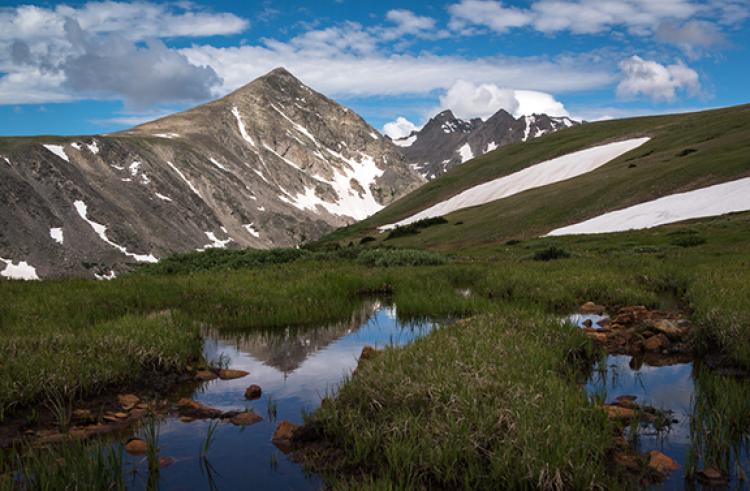 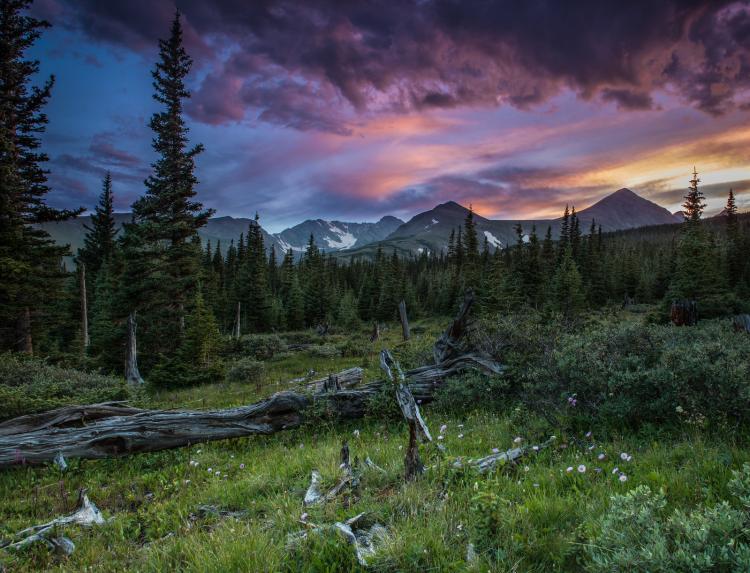 Meadows, forests and mountain ridges create the high alpine landscapes of Niwot Ridge in the Rocky Mountains, 25 miles northwest of Boulder. Forty percent of the City of Boulder's water is sourced from the Green Lakes Valley within Niwot Ridge, which the researchers analyzed in this study. (Credit: William Bowman)

Almost every area in the world, including Colorado’s Rocky Mountains, has been affected in the past 200 years by increased acidic nutrients, like nitrogen, contained in rain and snow. Nitrogen oxides, like nitrate, are produced primarily from vehicles and energy production. Ammonium is a main ingredient in common agricultural fertilizers.

Nitrogen is a fundamental nutrient required in ecosystems. But when nitrogen levels increase too much, this changed soil and water chemistry can make it difficult for native plants to thrive or even survive—leading to a cascade of negative consequences.

In the summer, the sun heats up the Eastern flanks of the Front Range, causing the warmer air to rise—bringing nitrogen from cars, industry and agriculture with it. As this air cools, it forms clouds over the Rocky Mountains and falls back down as afternoon thunderstorms—depositing contaminants, explained Neff.

In the 1970s, so-called “acid rain” hit East Coast ecosystems much harder than the Mountain West, famously wiping out fish populations and killing trees across large swaths of upstate New York. But scientists are still working to understand how increased levels of acidic nutrients affect the alpine region and how long these ecosystems take to recover.

To fill this gap of knowledge, the researchers analyzed data from 1984 to 2017 on atmospheric deposition and stream water chemistry from the Mountain Research Station, a research facility of the Institute of Arctic and Alpine Research (INSTAAR) and CU Boulder located on Niwot Ridge. They found that around the early 2000s, levels of nitric and sulfuric acid stopped increasing in the Green Lakes Valley. In the mid-2000s they started decreasing.

Their findings were not all good news, however. Levels of ammonium from fertilizer have more than doubled in rainfall in this area between 1984 and 2017, indicating a need to continue monitoring this agricultural chemical and its effects on the mountain ecosystem.

From field work to statistics

This work builds on decades of field work by Colorado researchers at CU Boulder and beyond.

Niwot Ridge is one of 28 Long Term Ecological Research (LTER) Network sites in the U.S., funded by the National Science Foundation. Its 4 square miles stretch from the Continental Divide down to the subalpine forest, 25 miles northwest of Boulder. Researchers at CU Boulder, as well as Colorado State University and the United States Geological Survey, have been collecting data here since the mid-1970s, hiking through snow, sleet and rain to get it.

In the 80s, 90s and 2000s they worked to bring attention to increasing acidification in Colorado mountain ecosystems as a need for pollution regulation in the Front Range.

This new research was made possible by these dedicated scientists, stresses Neff.

“We used water quality modeling and statistical approaches to analyze the long-term datasets that Niwot researchers have been collecting for decades,” said Eve-Lyn Hinckley, a co-author on the paper and fellow of INSTAAR. “The data are available for anyone to download. Our modeling approaches allowed us to evaluate the patterns they hold in a rigorous way.”

Since 1990, Bill Bowman, director of the Mountain Research Station and a professor of ecology and evolutionary biology, has been looking into how nutrients like nitrogen affect plants in mountain ecosystems. He’s found that alpine environments are unique in how they respond to these nutrients.

“It's a system that is adapted to low nutrients, as well as a harsh climate and a very short growing season—and frost in the middle of the season. These are very slow growing plants. And they just simply can't respond to the addition of more nitrogen into the system,” said Bowman, also a fellow in INSTAAR.

He has also found that these ecosystems recover quite slowly, even after acidic elements like nitrogen are no longer being added. But like Neff, who completed his undergraduate honors thesis with Bowman in 1993 using Niwot Ridge data, he sees this research as encouraging.

Even if it’s slow going, they said, these results show that the ecosystem has a chance to recover.

Additional authors on this paper include lead author John Crawford of the Institute of Arctic and Alpine Research (INSTAAR) and CU Boulder. 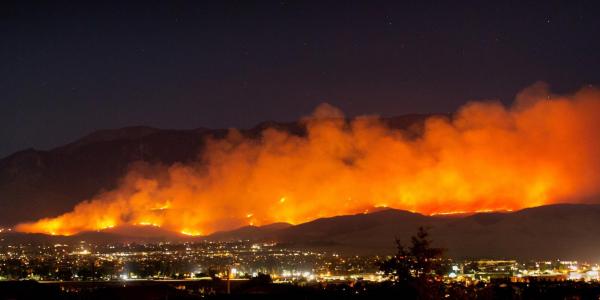 Human-caused emissions of air pollutants fell during last year’s COVID-19 economic slowdowns, improving air quality in some parts of the world, while wildfires and sand and dust storms in 2020 worsened air quality in other places, according to a new report with CIRES co-authors. END_OF_DOCUMENT_TOKEN_TO_BE_REPLACED 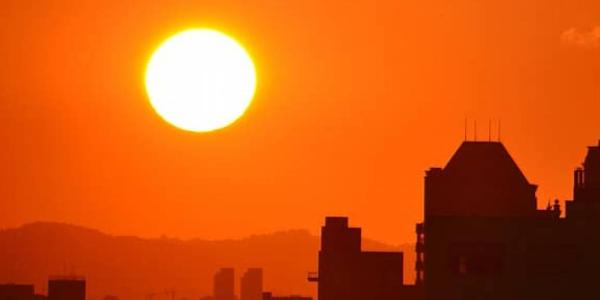 A new report on the global climate confirmed 2020 was among the three warmest years in records dating to the mid-1800s, despite a cooling La Niña influence in the second half of the year. Several CIRES/CU Boulder experts contributed to the report. END_OF_DOCUMENT_TOKEN_TO_BE_REPLACED 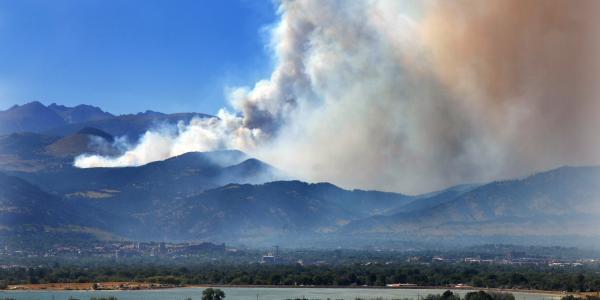 Researchers have been awarded $1.1 million from the U.S. Environmental Protection Agency (EPA) for two projects to help school districts and communities reduce exposure to harmful pollution from wildland fire smoke. END_OF_DOCUMENT_TOKEN_TO_BE_REPLACED
Return to the top of the page