The CU Student Government (CUSG) 2020 fall election is quickly approaching, and there are 14 candidates running for the position of representative-at-large. Each candidate has their own initiatives, plans and passions. Learn more about your CUSG candidates, and make a plan to vote the week of Nov. 9 in Buff Portal.

Nikky Garaga and Meghan Sellers are members of the She/Her/Us ticket. Sellers is a political science major and staff member at the Environmental Center, and Garaga is studying political science and strategic communications. The She/Her/Us ticket will focus on educating the CU community on sustainability, uplifting BIPOC (Black, Indigenous and People of Color) and valuing their needs, and establishing a genuine connection with the student body in order to make progress that is beneficial to all students at CU.

Suvu Singh and Sophie Clarke are running on the For the People ticket, and plan to represent and support diverse communities on campus. Clarke is a member ambassador for Greenhouse Scholars and the former head of media marketing with Sierra Club, and Singh is the director of PR for Nepali Youth for Change and a member of youth organization LetHerLearn. Together, they will tackle core issues surrounding inclusivity, diverse representation and post-graduate success for first-generation students.

Vote in the CUSG election

The CUSG fall election will be held Nov. 9–12 through Buff Portal. This is your chance to elect new representatives-at-large to the Legislative Council.

Watch the livestream debate Nov. 2 at 6:30 p.m. on CUSG’s Facebook page to learn more about the candidates.

Learn More About the Election

Kerouac Awbrey is running on the independent platform Visibility. Awbrey is a sophomore involved in Phi Alpha Delta, Model UN Club and CU’s Mentor Collective. Awbrey plans to focus on diversity and inclusion by funding more programs and resources for first-generation students, BIPOC, and the LGBTQ+ community so that all student voices at CU can be heard.

Evangelyne Eliason is campaigning on her own independent platform, Project K.I.N.D. A former staff member of CUSG’s Executive Branch (as well as an aspiring motivational speaker), Eliason plans to advocate for CU’s students using the four pillars of Kindness, Initiative, Negotiation and Diversity. She also plans to dedicate much of her focus to addressing mental health issues on campus.

Jabez Kim is a sophomore in the Leeds School of Business and an executive member of the Korean American Student Association. He plans to use his platform and leadership skills to highlight the voices of Asian and minority communities at CU. Kim intends to bring proactive solutions to the issues these communities face on campus and wants to leave a lasting impact on CU to make current and future students feel welcome.

Molly Little is a fourth-generation Buff, Boettcher Scholar, frequent volunteer and much more. She is passionate about giving back to her community and advocating for equity and compassion. As a student in multiple leadership positions, Little plans to represent the student body in an impactful way, and she hopes to make positive change for the betterment of CU.

Matthew Logan is an active member of CU GOLD, Political Science Club and BuffSports Live. He is an aspiring law student who plans to promote social justice, increase campus safety measures, and make student organizations, clubs and jobs more widely accessible. Getting involved at CU has been important to Logan, so he wants to make campus engagement more available to all students.

Jake Snyder is a freshman majoring in history and economics. Snyder is enthusiastic about representing on-campus students and is committed to bettering the lives of the CU community through actions such as improving WiFi accessibility on campus and engaging with the student body. 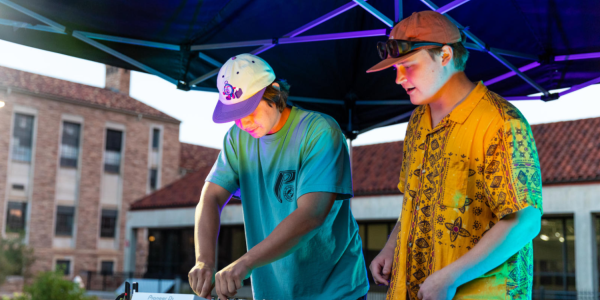 Connect with Buffs if you like music, books or just having fun

From joining a book club, listening to music or catching a movie, CU’s got something for you. Here are some ways to connect with others if you love entertainment and having a good time. END_OF_DOCUMENT_TOKEN_TO_BE_REPLACED 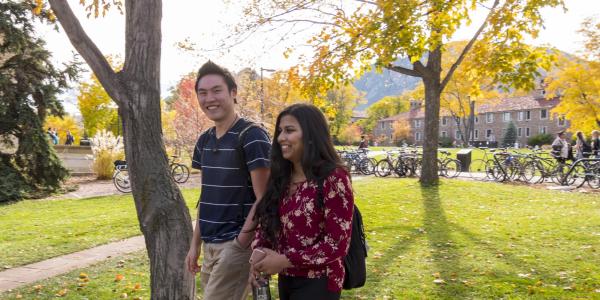 The colors of changing leaves, chilly weather, Halloween—there's a lot to love about the fall season in Colorado! From seasonal activities to fun events, there are many ways to participate in the festivities. END_OF_DOCUMENT_TOKEN_TO_BE_REPLACED 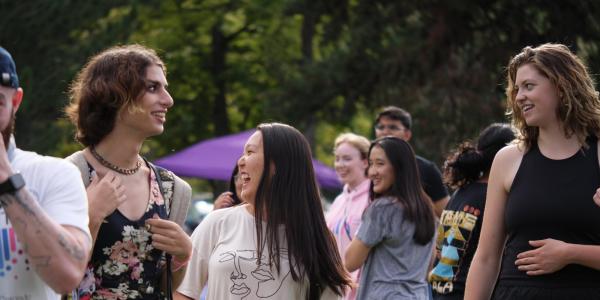 This weekend brings Feel Good Fridays, open mic night, an “In the Heights” movie screening, yoga for stress and anxiety, a Buff Pool party with live music, “Climate Cabaret” and more. END_OF_DOCUMENT_TOKEN_TO_BE_REPLACED
Return to the top of the page