New CubeSat will observe the remnants of massive supernovas

Scientists at CU Boulder are developing a satellite about the size of a toaster oven to explore one of the cosmos’ most fundamental mysteries: How did radiation from stars punch its way out of the first galaxies to fundamentally alter the make-up of the universe as it we know it today.

Those insights will come from the Supernova Remnants and Proxies for ReIonization Testbed Experiment (SPRITE), a NASA-funded mission led by the Laboratory for Atmospheric and Space Physics (LASP) at CU Boulder.

Scheduled to launch in 2022, the $4 million SPRITE is the latest in LASP’s line of little-spacecraft-that-could. This “CubeSat” will measure just over a foot in length and will weigh about 40 pounds. It will also collect unprecedented data from modern-day stars and supernovas to help scientists better understand a time in the history of the cosmos called the “Epoch of Reionization”—a period in which the universe’s first stars lived fast and hard, burning out and going supernova in a span of just a few million years.

“We’re trying to establish what the universe was like when it first formed and how it evolved to where it is today,” said Brian Fleming, a research professor at LASP who is leading the SPRITE mission. 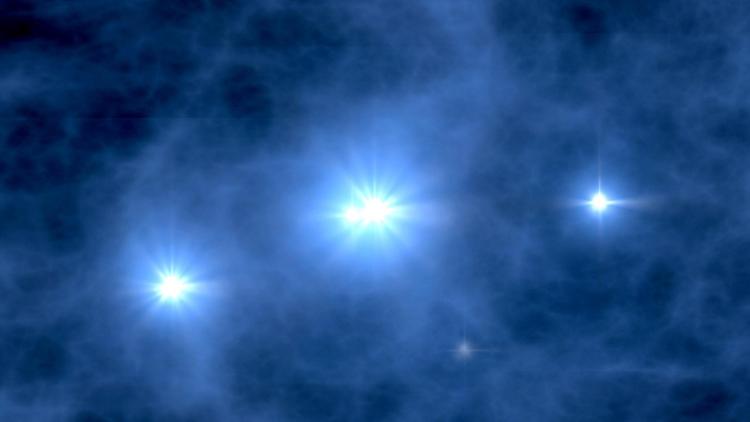 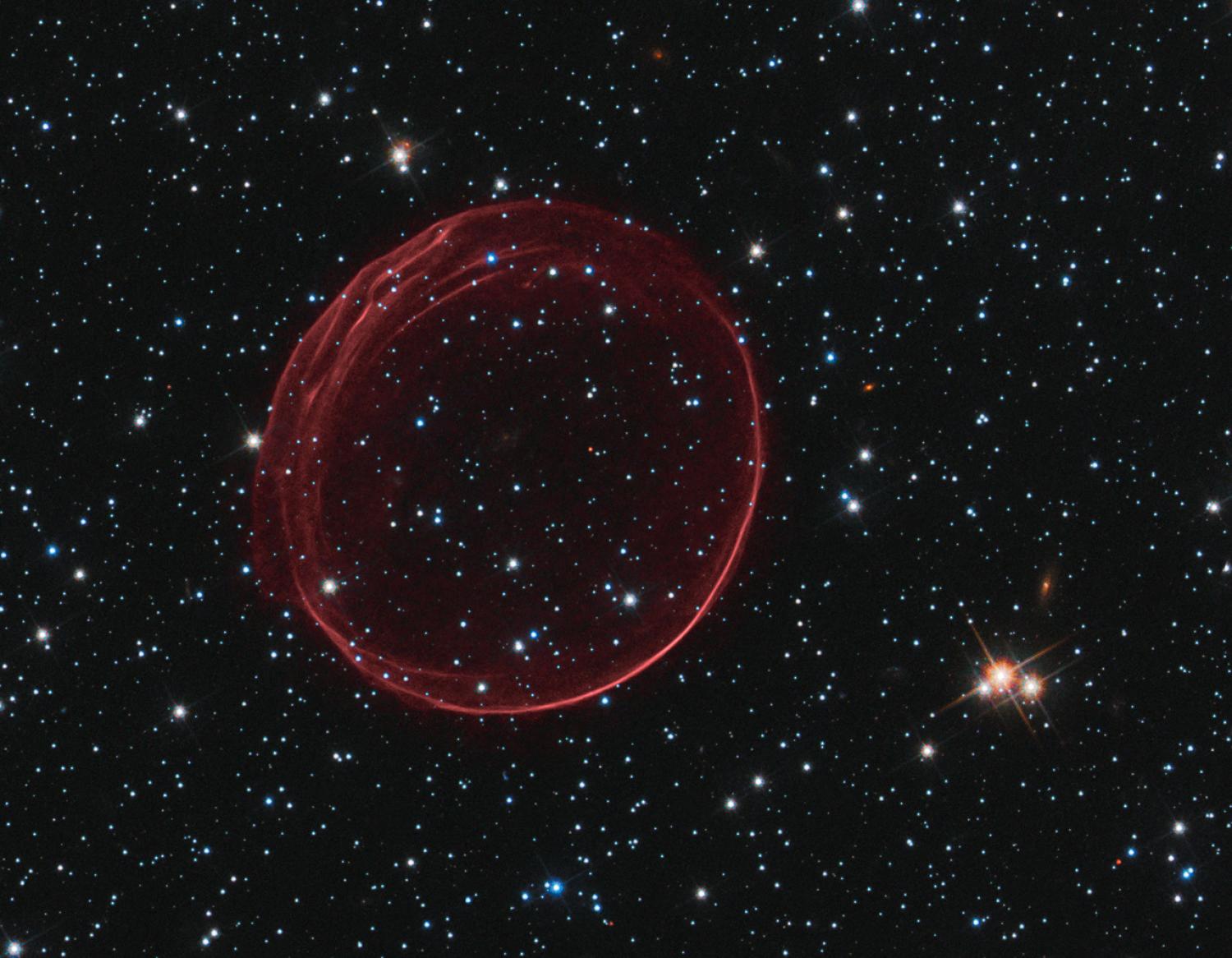 Top: An artist's depiction of what the universe's first stars surrounded by clouds of neutral hydrogen gas might have looked like; bottom: A Hubble Space Telescope image of a blast wave expanding out from a supernova. (Credits: NASA; NASA, ESA and G. Bacon, T. Borders, L. Frattare, Z. Levay, and F. Summers, STScI)

The team also hopes that SPRITE will show just how much CubeSats can achieve. To date, most of these miniature spacecraft have focused on studying phenomena that are closer to home—such as weather on Earth or flares erupting from the surface of the sun.

“There has been a perception that to do new astrophysics you need to collect a lot of light so you need something big,” said Fleming, also of the Department of Astrophysical and Planetary Sciences. “SPRITE is trying to do something different. There’s a lot of science you can do by optimizing your design and using new technologies.”

SPRITE, in other words, packs a lot of ambition into a small package.

Fleming explained that before the Epoch of Reionization, the universe wasn’t anything like it is today. The cosmos’ first stars and galaxies were just beginning to form, but their light couldn’t spread far into space like it does today—the vast distances between galaxies were filled with neutral gas that effectively fogged up the universe.

Then, a little more than 13 billion years ago, that began to change: Radiation from these young stars started leaking out of their galaxies and ionizing the surrounding gas—kicking electrons off of the hydrogen atoms and changing the nature of the matter that permeates the universe.

“We started seeing these bubbles of ionization appear,” he said. “Gradually, the bubbles got more and more numerous until they started merging.”

There’s just one problem with the theory: Scientists still aren’t sure how this light was able to escape from the universe’s first galaxies. One theory suggests that ancient supernovas blew the clouds of dense gas surrounding those early stars out of the way, a bit like giant leaf blowers in space.

“Supernovas are very disruptive,” Fleming said. “They may have been able to move the neutral gas out of the way so that the ionizing radiation was able to get out of these early galaxies.”

SPRITE won’t seek to observe those ancient eruptions directly. Instead, it will conduct two surveys closer to home. One will measure how nearby galaxies emit ionizing radiation. The second will look at the remains of exploded stars in the Magellanic Clouds, two dwarf galaxies that circle our own Milky Way.

It won’t be easy. That kind of radiation can only be viewed in a narrow window of ultraviolet light—one that has been historically difficult to spot with telescopes. To get around that limitation, the SPRITE team is experimenting with a range of new technologies that haven’t flown into space before. They include a special type of mirror coating designed to bounce that ultraviolet light into the CubeSat’s detectors.

The SPRITE team is in the process of finalizing designs for the spacecraft and will begin to build prototype parts soon.

That’s one reason why Dana Chafetz decided to work on SPRITE. She graduated from Northeastern University in Boston in December 2019 and joined Fleming’s lab as a mechanical engineer in April. Chafetz said that this CubeSat project has given her the chance to have more ownership over the design process and the ability to try out ideas that no one has thought of before.

“If I want to do something new, as long as we can test it, we can do it,” Chafetz said. “It’s a really creative environment.”

A first-of-its-kind sensor, developed by a team at the Laboratory for Atmospheric and Space Physics, will measure sunlight reflecting from Earth with more accuracy than any instrument in space or on the ground. END_OF_DOCUMENT_TOKEN_TO_BE_REPLACED

Ahead of the historic space mission, crew members joined CU Boulder researchers Allie Anderson and Torin Clark to talk about how the eye changes in space, experiencing "space motion sickness" and more. END_OF_DOCUMENT_TOKEN_TO_BE_REPLACED

NASA’s Orion spacecraft blasted off this morning from Florida in the first stage of its 25-day journey to circle the moon and return to Earth. Two CU Boulder scientists talk about what lies in store for the space agency’s ambitious Artemis Program. END_OF_DOCUMENT_TOKEN_TO_BE_REPLACED
Return to the top of the page