Why are some people more resilient to viruses than others?

The answer has eluded scientists for centuries and, in the age of COVID-19, has come to represent one of the holy grails of biomedical research.

Ed Chuong, an assistant professor of molecular, cellular and developmental biology at CU Boulder, proposes an intriguing answer: Exposure to ancient parasites by our ancestors forever altered our genome, shaping the varied responses of our immune systems today.

“If you look closely at our genome, viruses have been shaping not only our lives but also our biology and evolution for hundreds of millions of years,” said Chuong, who today was awarded the prestigious $875,000 Packard Fellowship to explore the idea. “It’s possible that ancient viral sequences from past pandemics are now lending a hand in helping us fight modern ones.”

Say the word ‘genome’ and most people think of the roughly 20,000 genes that encode the proteins necessary for life. But in reality, notes Chuong, we may be more virus than human. Previous research shows that at least half the human genome is made up bits of DNA left behind by viruses and other virus-like parasites, known as transposons, which slipped into cells of our primate ancestors over the past 50 million years.

“In the human genome we can see traces of these invasions everywhere, like a fossil record of infections,” said Chuong.

Among those invaders were so-called endogenous retroviruses. As viruses do, they behaved selfishly at first, coaxing their host cells to make more copies so they could rip through the body and infect others. Over time, they lost their ability to sicken and spread, but infiltrated germ cells – like sperm or eggs - baking their genetic recipe into generations to come.

But in recent years, Chuong and others have discovered that, in some cases, they were coopted by mammalian hosts for evolutionary gain, influencing everything from cognition to reproduction to immune response.

How viruses made the placenta possible

In one landmark study, which sparked Chuong’s interest in the field, scientists discovered a protein called Syncytin, derived from an endogenous retrovirus, which made the development of human placental tissue possible. Chuong’s follow-up research, published in the journal Nature Genetics, found that endogenous retroviruses also serve as on-off switches for gene networks that influence placental development.

“The development of the placenta enabled live birth in mammals and was a major step in the evolution of our species - and these ancient viruses played a key role,” he said.

Chuong has since shifted his attention to the immune system, showing in 2016 that ancient viruses helped shape the interferon response - the cellular alarm system that sounds within hours of infection.

“We found fragments of old viruses that normally lay silent but turn on during infection, and when they do, they turn on nearby immune genes,” he said.

Notably, when those viral fossils are removed and the cell is then infected, the immune response is muted.

“Our study was one of the first demonstrations of an ancient virus being co-opted for host defense and now necessary to fight modern viruses,” he said.

Chuong, who arrived at the BioFrontiers Institute in 2018, was working under stay-at-home orders early in the pandemic when he began to think more about why different people respond to infection, including SARS-CoV-2, differently.

He wondered: Could these ancient retroviruses provide another hidden layer of explanation?

'A ray of hope for the future'

Chuong wrote a grant proposal centered around that question. On Thursday, the David and Lucile Packard Foundation named him among 20 early-career scientists across the nation to receive their award.

“In a year when we are confronted by the devastating impacts of a global pandemic, racial injustice and climate change, these 20 scientists and engineers offer us a ray of hope for the future,” said Frances Arnold, chair of the Packard Fellowships Advisory Panel.

Chuong suspects that ancient parasites could be influencing human immunity today in one of two ways: Either different populations were exposed to different viruses in their evolutionary history, leaving them with different cellular machinery with which to fight off new threats; or they share the same bits of ancient DNA but much newer influences (in utero or in the environment) have silenced or awakened that immune machinery in ways that make some resilient and others vulnerable.

To learn more, he and his team will amass population-wide datasets of immune cells from humans and other mammals and apply high-powered computing techniques to sequence their genome, looking not only at genes present but also at transposons. 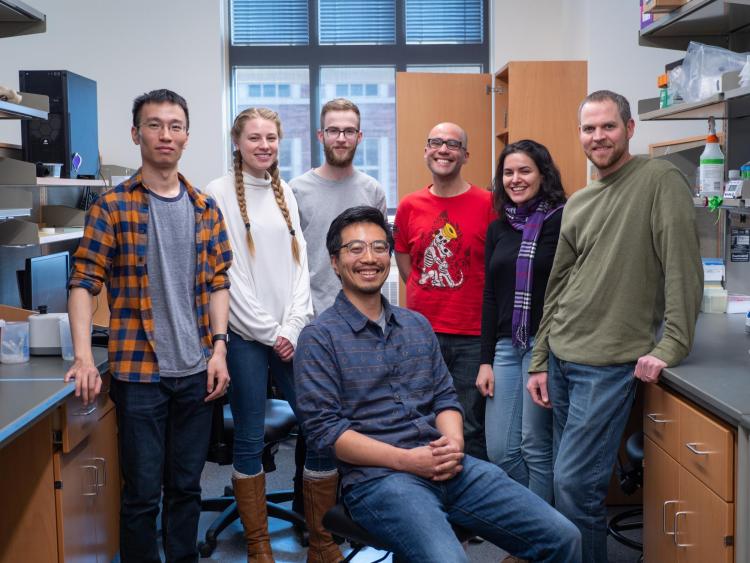 Ed Chuong in the lab with his research team. Credit: Glenn Asakawa/CU Boulder

“He has pioneered a mind-blowing new way of thinking about how genomics works,” said Lee Niswander, chair of the Department of Molecular, Cellular and Developmental Biology. “For him to be able to follow his nose and see where the science takes him is really exciting.”

While the science is young, Chuong hopes that it ultimately could lead to new diagnostic tests or even new treatments.

“Learning how and why immune responses vary within a population could transform our ability to predict individual responses to infection and autoimmune diseases,” Chuong said. “To get this kind of recognition that these ideas are worth pursuing is incredible.”

A model of your very own kidney made entirely from soft and pliable polymers? Researchers at two CU campuses are on the cusp of 3D printing realistic replicas of human anatomy. END_OF_DOCUMENT_TOKEN_TO_BE_REPLACED

Researchers from CU Anschutz and CU Boulder are developing an artificial intelligence tool to diagnose dementia at earlier stages in an effort to curb its progress and plan more effective treatment options. END_OF_DOCUMENT_TOKEN_TO_BE_REPLACED 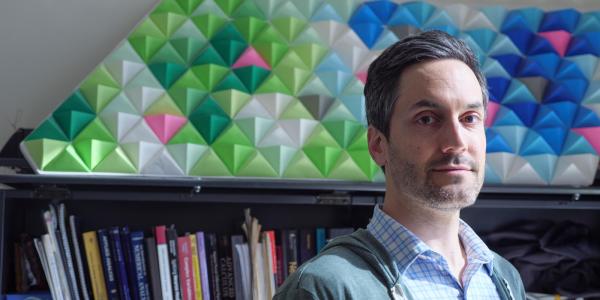 Dan Larremore has won the Alan T. Waterman Award for his instrumental research on COVID-19 vaccine distribution and rapid testing. The prestigious award is the National Science Foundation’s highest honor for early-career scientists. END_OF_DOCUMENT_TOKEN_TO_BE_REPLACED
Return to the top of the page