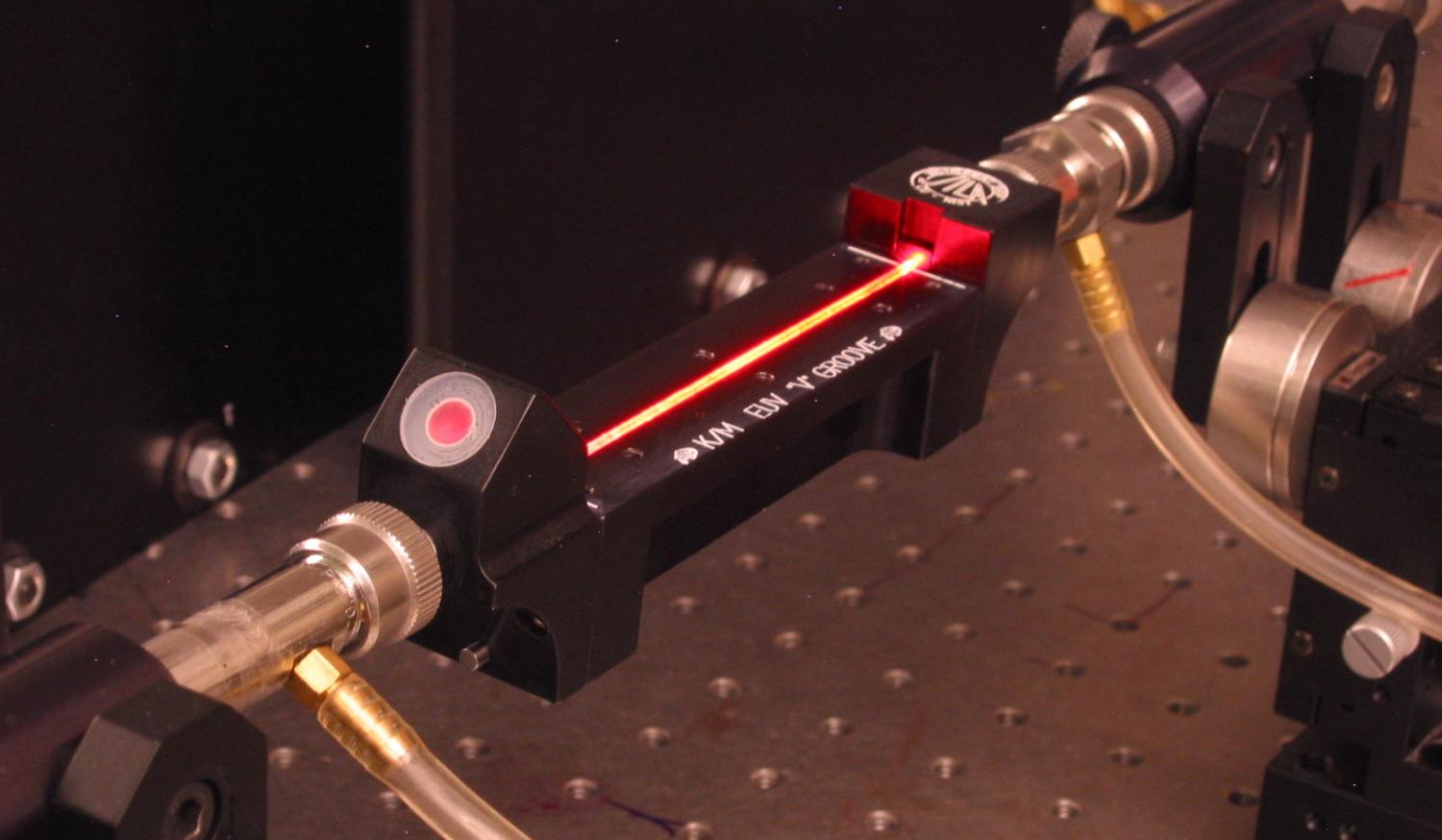 The team, led by scientists at JILA, reported its new feat of wafer-thinness this week in the journal Physical Review Materials. The group’s target, a film just 5 nanometers thick, is the thinnest material that researchers have ever been able to fully probe, said study coauthor Joshua Knobloch.

“This is a record-setting study to see how small we could go and how accurate we could be,” said Knobloch, a graduate student at JILA, a partnership between CU Boulder and the National Institute of Standards and Technology (NIST).

He added that when things get small, the normal rules of engineering don’t always apply. The group discovered, for example, that some materials seem to get a lot softer the thinner they become.

The researchers hope that their findings may one day help scientists to better navigate the often-unpredictable nanoworld, designing tinier and more efficient computer circuits, semiconductors and other technologies.

“If you’re doing nanoengineering, you can’t just treat your material like it’s a normal big material,” said Travis Frazer, lead author of the new paper and a former graduate student at JILA. “Because of the simple fact that it’s small, it behaves like a different material.” 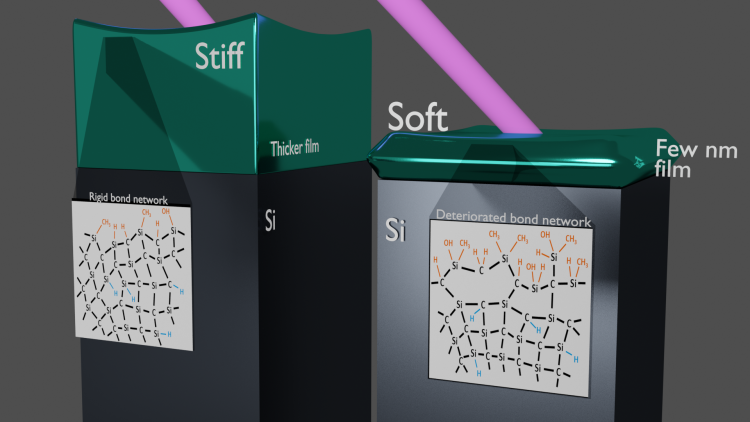 A graphic demonstrating how a material can go from stiff to soft when it is made as a thicker versus a thinner film. The effect occurs when the atomic bonds within a material are disrupted. (Credit: Joshua Knobloch/JILA)

“This surprising discovery—that very thin materials can be 10 times more flimsy than expected—is yet another example of how new tools can help us to understand the nanoworld better,” said Margaret Murnane, a coauthor of the new research, professor of physics at CU Boulder and JILA fellow.

The research comes at a time when many technology firms are trying to do just that: go small. Some companies are experimenting with ways to build efficient computer chips that layer thin films of material one on top of the other—like a filo pastry, but inside your laptop.

The problem with that approach, said Frazer, who has since joined the Argonne National Laboratory, that scientists have trouble predicting how those flakey layers will behave. They’re just too delicate to measure in any meaningful way with the usual tools.

To help in that goal, he and his colleagues deployed extreme ultraviolet lasers, or beams of radiation that deliver shorter wavelengths than traditional lasers—wavelengths that are well matched to the nanoworld. The researchers developed a set-up that allows them to bounce those beams off of layers of material just a few strands of DNA thick, tracking the different ways those films can vibrate.

“If you can measure how fast your material is wiggling, then you can figure out how stiff it is,” Frazer said.

The method has also revealed just how much the properties of materials can change when you make them very, very small.

In the most recent study, for example, the researchers probed the relative strength of two films made out of silicon carbide: one about 46 nanometers thick, and the other just 5 nanometers thick. The team’s ultraviolet laser delivered surprising results. The thinner film was about 10 times softer, or less rigid, than its thicker counterpart, something the researchers weren’t expecting.

Frazer explained that, if you make a film too thin, you can cut into the atomic bonds that hold a material together—a bit like unraveling a frayed rope.

“The atoms at the top of the film have other atoms underneath them that they can hold onto,” Frazer said. “But above them, the atoms don’t have anything they can grab onto.”

But not all materials will behave the same way, he added. The team reran the same experiment on a second material that was nearly identical to the first with one big difference—this one had a lot more hydrogen atoms added in. Such a “doping” process can naturally disrupt the atomic bonds within a material, causing it to lose strength.

When the group tested that second, flimsier material using their lasers, they found something new: this material was just as strong when it was 44 nanometers thick as it was at a meager 11 nanometers thick.

Put differently, the additional hydrogen atoms had already weakened the material. A bit of extra shrinking couldn’t do anymore damage.

In the end, the team says that its new ultraviolet laser tool gives scientists a window into a realm that was previously beyond the grasp of science.

“Now that people are building very, very small devices, they’re asking how properties like thickness or shape can change how their materials behave,” Knobloch said. “This gives us a new way of accessing information about nanoscale technology.”

This research was supported by the STROBE National Science Foundation Science and Technology Center on Real-Time Functional Imaging. 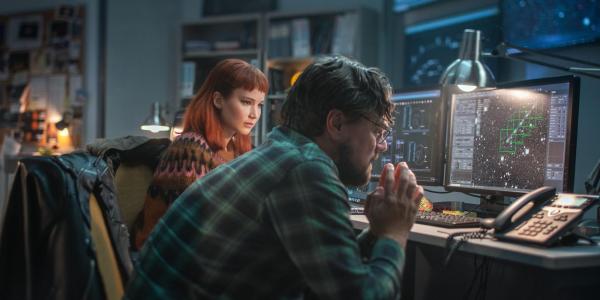 Adam McKay's new movie uses science fiction and comedy to explore elements of our current society—but it's not alone. Could we be in a new golden age of sci-fi entertainment? CU Boulder Today spoke with CMCI's Rick Stevens to find out. END_OF_DOCUMENT_TOKEN_TO_BE_REPLACED 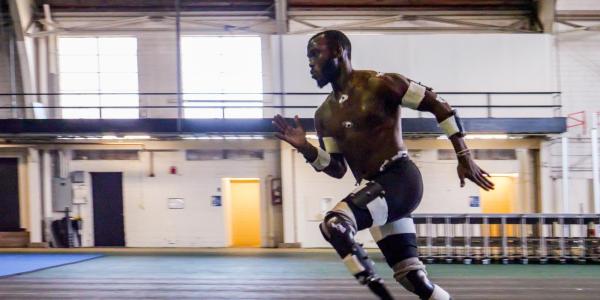 A new, long-awaited study shows amputee sprinters using running prostheses, or blades, have no clear competitive advantage at the 400-meter distance compared to sprinters with biological legs. The research puts into question sports governing body policies that limit the height of prostheses. END_OF_DOCUMENT_TOKEN_TO_BE_REPLACED 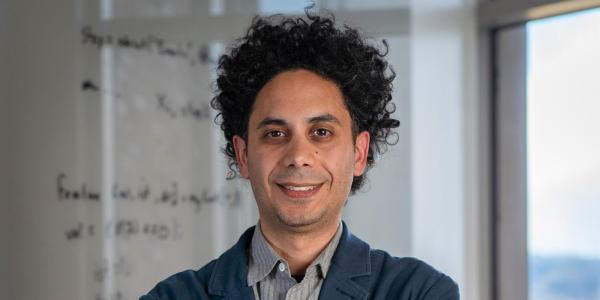 Lahijanian’s work is at the intersection of safety and soundness in robotics, focusing on developing autonomous systems that operate safely and effectively alongside humans to help improve the well-being of individuals and societies. END_OF_DOCUMENT_TOKEN_TO_BE_REPLACED
Return to the top of the page