Alumni-run Boulder nonprofit steps up to provide produce during pandemic 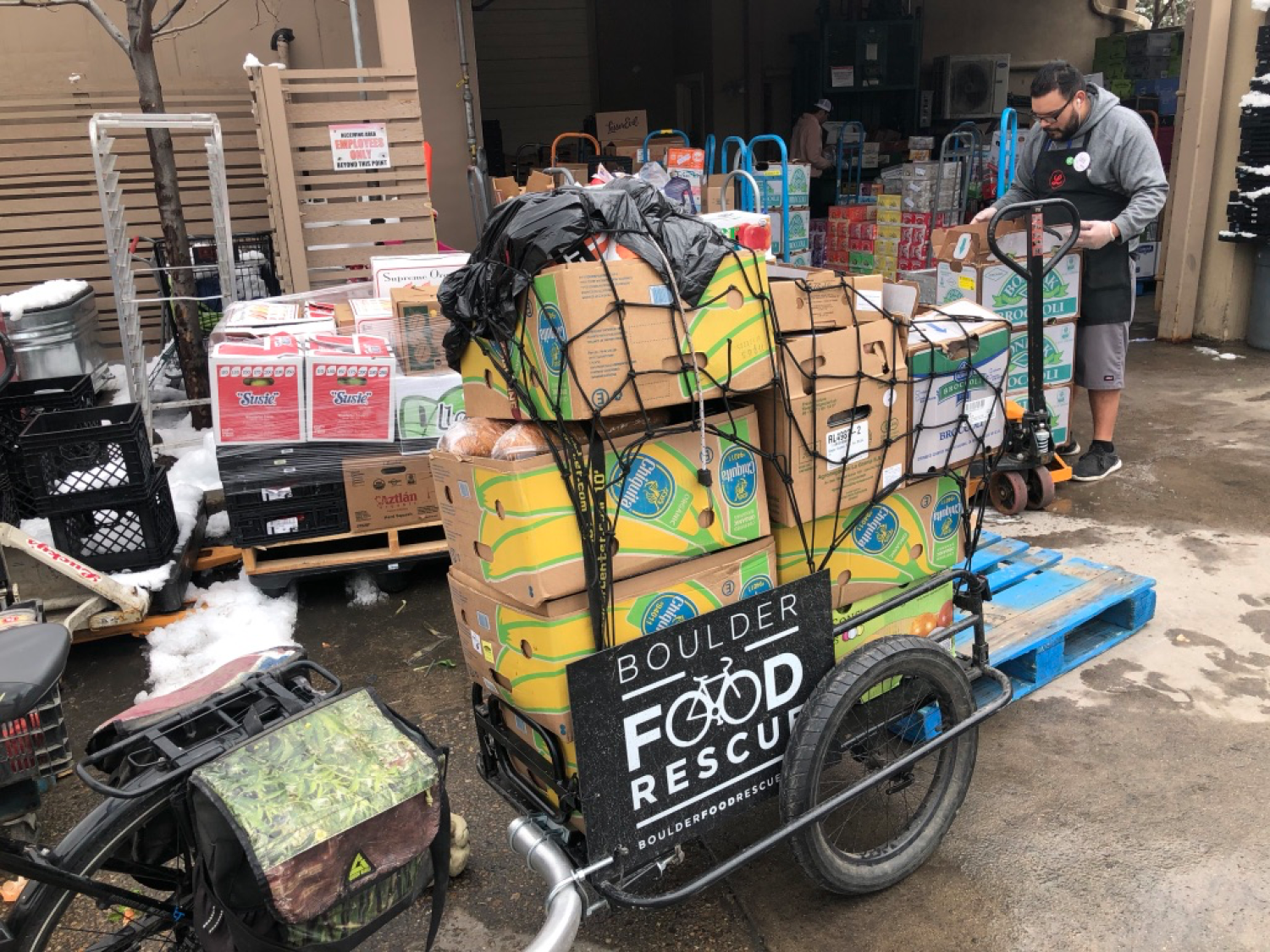 Hayden Dansky was picking through a grocery store dumpster in 2009 as part of an environmental ethics class project when the then-CU Boulder student made a life-shaping realization.

“There’s a huge amount of really healthy and delicious food that goes to waste for really absurd reasons,” said Dansky.

Soon after, Dansky teamed up with several other students, including Caleb Phillips and Becky Higbee, who had researched just how much waste was being generated locally.

“Their work showed there was enough food going to waste in Boulder County to feed every food insecure person,” said Dansky, a 2011 alumni and now executive director of Boulder Food Rescue (BFR). 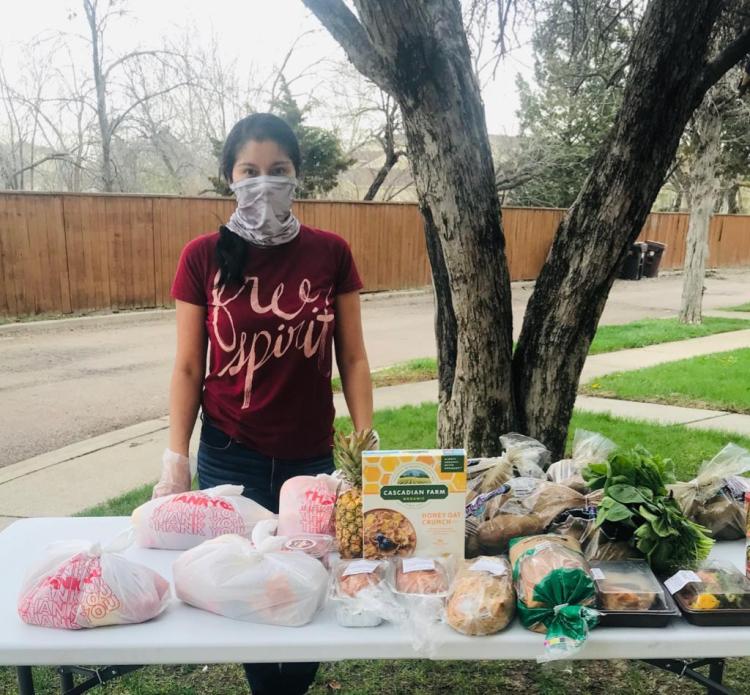 With an initial donation from Ideal Market, Dansky and fellow CU Boulder students launched the nonprofit in 2011 to bring soon-to-expire or overstocked fresh food—that otherwise would be thrown away—as directly as possible from stores to people in the community. BFR now works with 20 local food donors to deliver food by bicycle to more than 40 Boulder county affordable housing sites, pre-schools and daycares, shelters, food pantries, and community centers, who use the donated food within 24 to 48 hours.

During the COVID-19 pandemic, the organization is stepping up even more to serve the growing needs of the Boulder County community.

First, it had to adjust daily routines: minimize the number of hands touching the food, implement social distancing and stricter hygiene practices, and conduct no-contact pickups and drop-offs.

But quickly, Dansky noticed a growing need for food, due to an increase in people who are now struggling financially and have never experienced that before. This need will only increase over the next few years, Dansky said, but already, BFR is rising to the challenge.

Since March, it has seen an increase in volunteers and local groups who want to get involved. Restaurants that were about to close for months reached out to donate their inventory. BFR continued to coordinate with grocery stores, which ended up at first with no donations, and then an excess of produce, from changes in consumers’ shopping habits. And the nonprofit has even helped to deliver food bags that the Boulder Valley School District put together for students.

“There's a food waste issue and an environmental issue, but it's also very connected to the social issue around the ways in which food is distributed, and the barriers that people have in accessing services,” said Dansky. “The heart of our programming really remains the same.”

After Nora Lecesse and Helen Katich completed their first years at CU Boulder, both wanted to find their place within the university and in the world—and be part of making both a better place.

“The INVST program was a big part of moving in that direction,” said Lecesse.

Katich and Lecesse both completed the two-year INVST Community Studies program at CU Boulder, which trains students in community leadership. During this program, students must complete an internship, and both Katich and Lecesse worked with Boulder Food Rescue to complete this requirement.

But it was not the typical internship experience. At the time they joined, Boulder Food Rescue wasn’t yet an official, legally-binding nonprofit organization.

“We had to write a letter to our INVST supervisor saying this isn't an established 501(c)3 yet, which was a requirement of the internship program,” said Katich. “We had to really advocate for the organization and what it would become.” 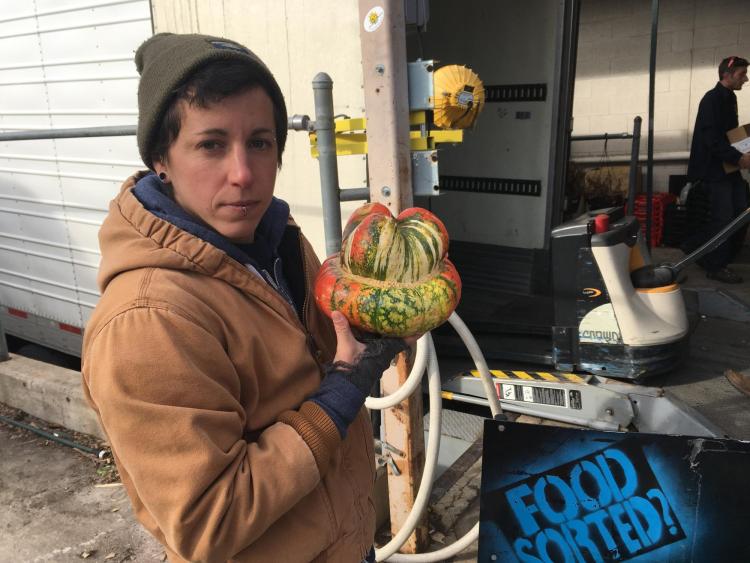 Katich now serves as CEO of Fresh Food Connect, which connects backyard gardeners with organizations like BFR doing hunger relief work. Lecesse now lives in Milwaukee, Wisconsin, and works for Resource Generation, a national organization which works with young people who have wealth and class privilege in the U.S. to help them become transformative leaders in social equity movements.

“Hayden really is an unbelievable, transformational leader. I give credit to Hayden for so much of the beginnings of my career and my commitment to it,” said Katich.

Changing what a charity can be

As much as 40% of the food produced in the U.S. goes to waste. Grocery stores often don’t have easy and legal options to donate fresh produce that isn’t sold before spoiling. And a large quantity of food is thrown out before it even reaches stores, simply due to how it looks—for fear customers won’t want to buy it.

At the same time, one in eight people in the U.S. don't have access to fresh food and produce. This number could now be as high as one in five, due to the COVID-19 pandemic.

In order for grocery stores to donate food to BFR, the group of students had to file as a 501(c)3 nonprofit to shield the stores from liability.

With no previous experience in nonprofit management, Dansky became executive director in 2012—and has since grown the organization to a team of eight staff and 150 active volunteers, who have worked to donate 3.4 million pounds of produce to residents of the city of Boulder and the greater county.

Dansky attributes this success to the fact there was a real need in Boulder for this type of service, as well as not having a preset notion of how a nonprofit is supposed to work.

“It really allows for there to be more space for participation and inclusion and equity. It’s run by the community, for the community,” said Danksy.

Dansky’s co-founders also attribute it to another factor: good leadership.

“Hayden has a deep and fierce commitment to people, and is an intensely loyal person with the work ethic and the strategic mind to bring big dreams into reality,” said Lecesse. 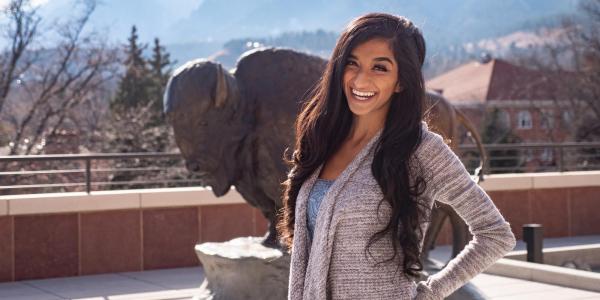 Students and alumni have helped spread awareness about how to maintain a safe environment; raised funds to help support students, staff and faculty; and led efforts to donate and 3D-print personal protective equipment. END_OF_DOCUMENT_TOKEN_TO_BE_REPLACED 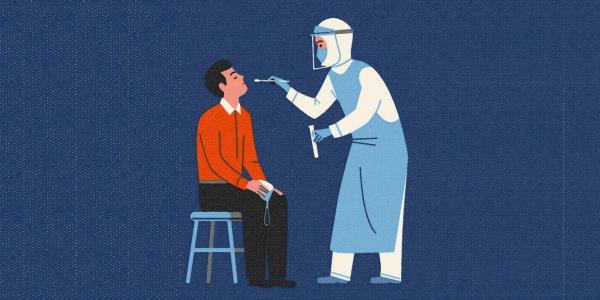 Anthropology graduate students are exploring how we feel in a pandemic, creating a historical archive to document their feelings and categorize themes they see emerging during the coronavirus pandemic. END_OF_DOCUMENT_TOKEN_TO_BE_REPLACED 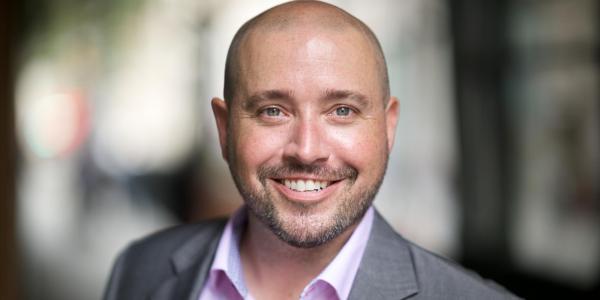 Tricam CEO Ryan McMunn has called on business partners in China to help protect Boulder medical professionals. END_OF_DOCUMENT_TOKEN_TO_BE_REPLACED
Return to the top of the page