Giving beneficial bacteria to stressed mothers during the equivalent of the third trimester of pregnancy prevents an autism-like disorder in their offspring, according to a new animal study by CU Boulder researchers.

The study, published this month in the journal Brain, Behavior, and Immunity, marks the latest in a series of studies in animals and humans suggesting that exposure to certain immune-modulating microbes can dampen inflammation, positively impacting the brain and central nervous system.

It’s among the first studies to suggest that such exposures during pregnancy influence neurodevelopment of a fetus and, while far more research is necessary, could open the door to new prenatal interventions.

“It suggests that you could develop microbial interventions that lower the risk of neurodevelopmental syndromes like autism,” said co-author Christopher Lowry, an associate professor in the Department of Integrative Physiology.

In humans, research has long shown that maternal stress during pregnancy prompts systemic inflammation in both the mother and fetus and is a risk factor for autism, said senior author Daniel Barth, a professor of psychology and neuroscience.

In a previous study, Barth found that when rats were stressed and given a drug called terbutaline, which is often administered to women to delay preterm labor, their offspring demonstrated an autism-like syndrome—including the two hallmark features of social deficits and repetitive behavior. They also developed an epilepsy-like seizure disorder.

Impact of stress on pregnancy

“Our fundamental question with this new study was whether we could use an immunoregulatory microbe to prevent the long-term consequences of environmental stressors during pregnancy,” said first author Zachariah Smith, a post-doctoral researcher in Barth’s lab.

Mycobacterium vaccae in a petri dish

For the study, the researchers exposed rats to a mild stressor and gave them terbutaline during what would be the equivalent of the third trimester of pregnancy in humans. Half were also given a series of injections of a heat-killed preparation of a friendly bacterium known as Mycobacterium vaccae (M. vaccae), shown in previous studies to have lasting anti-inflammatory effects on the brain. A third control group of rats got no treatments.

At two and four months, the pups were given a series of tests assessing, among other things, their degree of social interaction and whether they exhibited repetitive behaviors.

As in the previous study, those whose mothers had been stressed and given terbutaline showed autism-like behaviors. But those who had been immunized with M. vaccae did not.

The inoculation did not appear to protect against development of seizure disorders. But because epilepsy tends to develop later in life, the researchers intend to repeat the experiment with a larger sample size and longer treatment period.

Autism and epilepsy often manifest together in humans, with about 30% of autistic individuals exhibiting epileptic symptoms, such as seizures. Stress-induced inflammation likely plays a role in both, the researchers suspect.

“It could be that if we continue the treatment for longer we could also prevent the development of some cases of epilepsy, but much more research is necessary,” said Lowry.

The researchers caution that they are not developing an “autism vaccine” and they are not suggesting that microbial interventions could reverse the disorder in children who already have it. But their study does reinforce the idea that exposure to beneficial microorganisms, sometimes referred to as “old friends,” can play a critical role in brain development in utero.

Ultimately, Lowry envisions a day when stressed moms deemed particularly high risk of having a child with a neurodevelopmental disorder could be given a specially formulated probiotic or inoculation to support healthy brain development of their child.

“This is the first maternal intervention that I know of that has been able to prevent an autism-like syndrome, including the behavioral and social aspects,” Lowry said. “If this could be replicated in humans, that would be pretty profound.”

Meanwhile, they say, mothers should be cognizant of the potential risks of emotional and environmental stressors, including the drug terbutaline, during pregnancy.

They should also try to expose themselves to beneficial bacteria through fermented foods like yogurt and sauerkraut, and even time spent in nature.

“The easiest way to expose yourself to good bacteria is to open your window or just take a walk outside,” said Lowry. 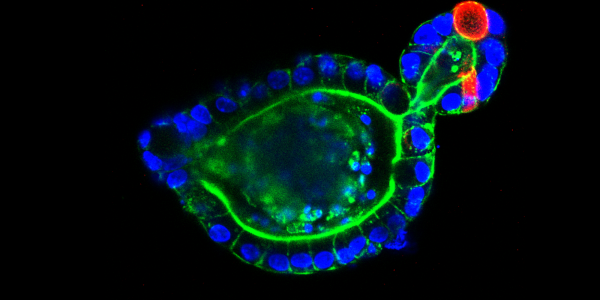 Max Yavitt, a graduate student in the Department of Chemical and Biological Engineering, is the first author on a new paper in advanced materials focusing on organoid development. END_OF_DOCUMENT_TOKEN_TO_BE_REPLACED 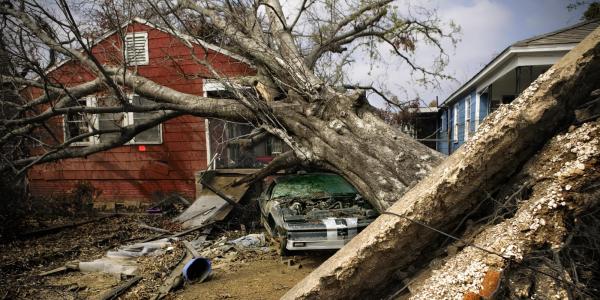 Research by CU Boulder sociologist Lori Peek explores what happens to families long-term when they are subjected to not just one but several natural disasters. "In this era of climate change and weather extremes, these families are harbingers of what is to come," said Peek. END_OF_DOCUMENT_TOKEN_TO_BE_REPLACED 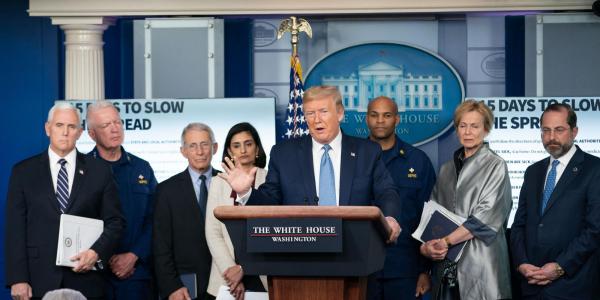 A new initiative seeks to understand the role scientific advice played, or did not play, in driving COVID-19-related policies in at least seven countries. Researchers hope the project helps improve communication between scientists and policymakers. END_OF_DOCUMENT_TOKEN_TO_BE_REPLACED
Return to the top of the page