Founding a fraternity chapter, starting up a university interfraternity council (IFC) and graduating with a bachelor's degree in computer science were never part of Keaton Hoeger’s plan when first starting college. When applying to colleges four years ago he hadn’t even set foot on CU’s campus despite living in Colorado most of his life.

Back then, he was applying to schools all over the country and only applied to CU at the last minute, almost as an afterthought. Only after getting accepted did he take his first tour, falling in love with the campus and the opportunities he saw at this school. 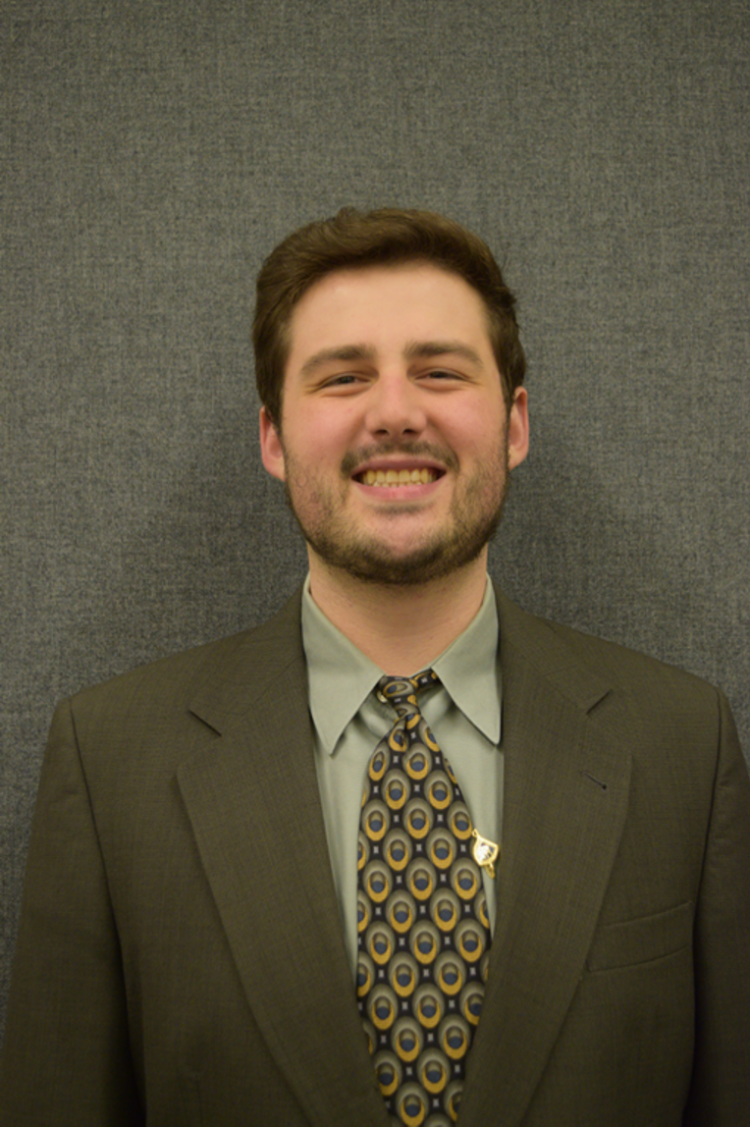 “Looking back I can’t believe how close I came to never coming to Boulder. It’s incredible how something as seemingly insignificant as deciding to take one tour can end up changing the course of your life so much, making me into the person I am today,” he said.

Keaton had gotten into the College of Engineering, aiming for a degree in chemical engineering, choosing the major based on nothing more than his enjoyment of AP chemistry. The first year went without a hitch—other than the rude awakening that applied mathematics was not going to be the same as high school calculus.

The big changes came more than halfway through his sophomore year. Realizing an enjoyment in chemistry wasn’t enough to have a passion for chemical engineering, he discovered a love for the computer science classes he was taking for a minor and switched majors part of the way into his fourth semester. Less than a week after signing the paperwork, he got a call from a representative from Sigma Tau Gamma; they were looking into starting a chapter at Boulder for the first time and wanted to talk with him about being one of the first members.

“I was the last person I’d ever expect to join a fraternity; rushing as a freshman wasn’t even something I had considered,” Keaton said. “But the opportunity to be part a founding father and navigate the difficulties of starting something from scratch interested me enough to at least attend the first meeting. Once I met all of the other guys and we connected, I was hooked. I really believed we could build something great together, creating a brotherhood we would be proud of and laying down the foundation for future men to join and become better as a result.”

He took a hands-on role right away, interviewing to be on the executive board of the fledgling chapter as the director of finance of operations. It was a crazy time with no precedents to go on; the group of guys who had just recently met each other had to figure out everything from bylaws to a brand-new budget. They learned from every mistake they made and made sure that the fraternity would hold the same values as its members.

Just as his time on the executive board was up, CU wanted to go forward with creating an IFC affiliated with the university. Keaton jumped at the chance to be a representative for the initial group of men tasked at starting this process. Armed with the knowledge gained from the past year of creating a brand-new chapter, he and the others set out to create policies and by-laws that would ensure the new IFC was a positive force in the community and uphold the principles that each of its member chapters held. The new IFC completed its first formal recruitment last fall and will be looking to do even better as it continues to grow.

Now with many of the original fraternity members graduating, it’s time for all of the newer members to pick up the mantle and lead the way. Keaton is looking forward to seeing how all of his brothers will continue to improve the fraternity as time goes on, and how the legacy he helped start will in turn improve each of its future brothers.

Sarah Luettgen is building a future as an aerospace professional, studying the space domain of satellite orbits in the extreme upper reaches of Earth’s atmosphere. END_OF_DOCUMENT_TOKEN_TO_BE_REPLACED

Buffs soccer captain Hannah Sharts talks about playing every minute, scoring as a defender and how she’s using her name, image and likeness to help promote female student-athletes. END_OF_DOCUMENT_TOKEN_TO_BE_REPLACED
Return to the top of the page