Born and raised in Centennial, Colorado, Ethan Anderson came to CU Boulder as an eager first-year student ready to make the most of his time on campus. Now, after four years and the successful completion of his political science degree (and a whole lot of skiing), he is at the end of this chapter in his life. During these four years, Ethan has been able to be a part of countless other student lives. 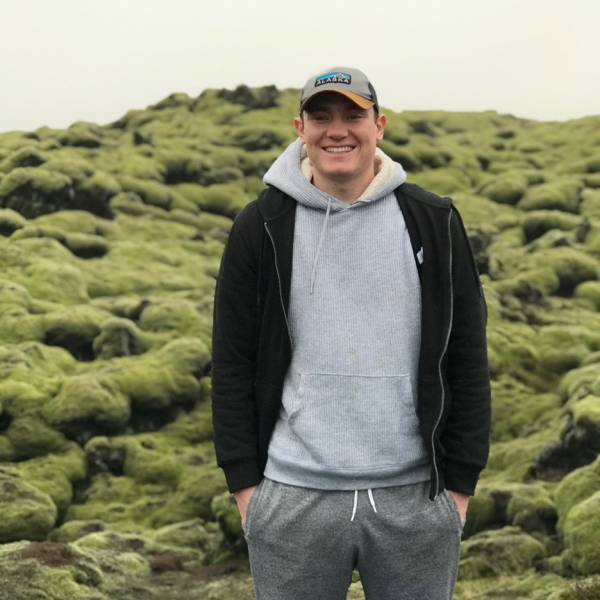 After college, he plans to apply to the Leeds School of Business master's degree in finance program and has ambitions to further his career into politics after that. Along with graduating with high academic integrity with a degree in political science, he has had an outstanding positive effect on students in fraternity and sorority life.

As one of the first founding fathers of his fraternity, Phi Delta Theta, Ethan has aided not only Phi Delta Theta but the CU Interfraternity Council as a whole by leading the community in changing the status quo of fraternities. He started on the executive board as the head social chair where, through his knowledge of the Boulder community, he was able to boost relations with other organizations.

After his term as social chair, he became the leader of his fraternity. Ethan took over as Phi Delta Theta president and became the respected leader and person he is today. Throughout his term, Phi Delta Theta became a very successful organization—it started thriving within the community, doubled membership and gained recognition and respect on a national level, earning multiple awards.

Leaving a legacy and a way to be remembered as you continue down your path in life is something many people try to do. It’s easy to be remembered when you become a leader in your organization, but Ethan has not just left a way to remember him. He has left an outstanding legacy at CU by being regarded as one of the leaders who created this great organization and a friend who you are proud to call a brother for the rest of your life. He will forever be included in conversations about the Phi Delta Theta chapter at CU Boulder. While the active members of the fraternity will miss him as he graduates and goes on to other things, everyone wishes the best for him, and they are all eager and excited to see the great things he will accomplish in his future.

Sarah Luettgen is building a future as an aerospace professional, studying the space domain of satellite orbits in the extreme upper reaches of Earth’s atmosphere. END_OF_DOCUMENT_TOKEN_TO_BE_REPLACED

Buffs soccer captain Hannah Sharts talks about playing every minute, scoring as a defender and how she’s using her name, image and likeness to help promote female student-athletes. END_OF_DOCUMENT_TOKEN_TO_BE_REPLACED
Return to the top of the page