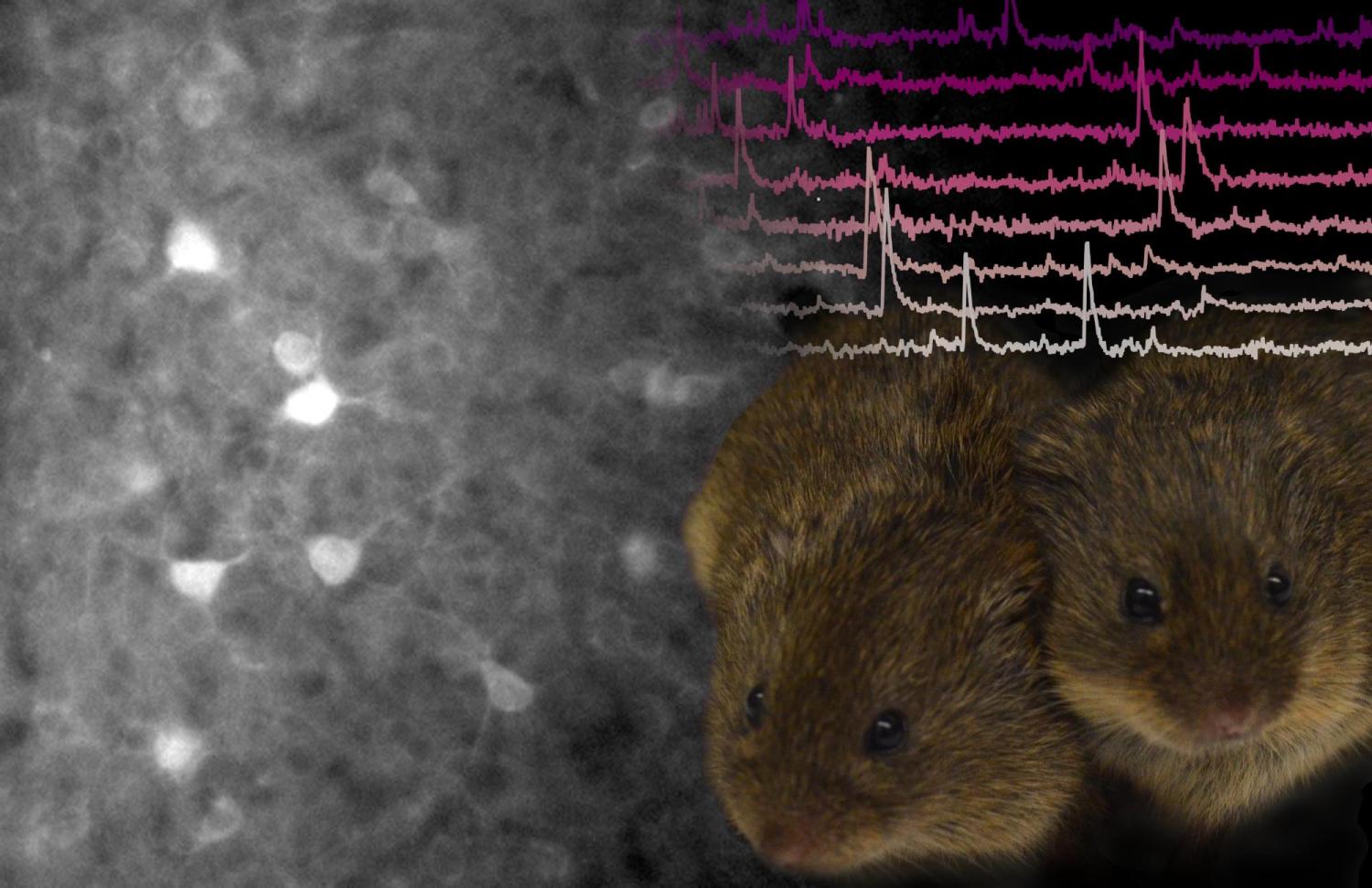 When it comes to forming a lasting bond, our longing for a partner may be as important as—if not more important than—how we react when we’re with them, suggests a surprising new brain imaging study published in the Proceedings of the National Academy of Sciences.

“In order to maintain relationships over time, there has to be some motivation to be with that person when you are away from them,” said lead author Zoe Donaldson, an assistant professor of behavioral neuroscience at CU Boulder. “Ours is the first paper to pinpoint the potential neural basis for that motivation to reunite.”

The paper marks the latest discovery in Donaldson’s years-long studyof prairie voles, one of only about 3% to 5% of mammalian species (including humans) that tend to mate for life. By observing the behavior and brain activity of the monogamous rodents, she seeks to better understand what brain regions—down to the cellular level—drive the instinct to form lasting bonds.

Ultimately, the findings could be used to develop therapies for those with autism, severe depression and other disorders that make such emotional connections hard to come by. But right now, she said, the research also lends insight into why social distancing is so tough.

Why social distancing is so hard

“We are uniquely hardwired to seek out close relationships as a source of comfort, and that often comes through physical acts of touch,” she said.

For the study, Donaldson used tiny cameras and a cutting-edge technology called in-vivo-calcium imaging to spy on the brains of dozens of voles at three time points: when they were just meeting another vole; three days after they had mated; and 20 days after they had essentially moved in together. Researchers also observed the animals interacting with voles who were not their mates.

Previous brain imaging research in humans has shown altered brain activity in a region called the nucleus accumbens, the same reward center that lights up during heroin or cocaine use, when the research subjects held the hand of a romantic partner versus a stranger. So, at first, Donaldson’s team assumed the voles’ brain activity would be markedly different when they were huddling with their mate versus a random vole.

“Surprisingly, that is not what we found,” she said.

Stranger or lover, the voles’ brains looked basically the same when they were together.

It was only when the voles were away from their partner and running to meet them—imagine the classic romantic reunion-scene at the airport or the theme of any number of love poems—that a unique cluster of cells in the nucleus accumbens consistently fired up.

The longer the animals had been paired, the closer their bond became and the larger the glowing cluster of cells—dubbed the “partner approach ensemble”—on image screens.

Notably, a completely different cluster of cells lit up when the vole approached a stranger.

“This suggests that maybe the recruitment of these cells for this new purpose is important for forming and maintaining a bond,” Donaldson said.

She suspects that brain chemicals like oxytocin, dopamine and vasopressin, which have been shown in both animal and human studies to play a role in fostering trust and closeness, are involved in the process. But she doesn’t know for sure what that cluster of cells does.

It’s also not clear whether the specific “neuronal code” associated with a desire to reunite in voles inspires the same emotion in people. More research is underway.

What the study does confirm is that monogamous mammals are uniquely hard-wired to be with others.

“These negative feelings so many of us are experiencing right now may result from a mismatch: we have a neuronal signal telling us that being with loved ones will make us feel better, while practical restrictions mean this need is going unmet,” Donaldson said. “It’s the emotional equivalent of not eating when we are hungry, except now instead of skipping a meal, we are slowly starving.”

Seventy-eight years ago on Jan. 27, the Auschwitz concentration camp closed after liberation by the Soviet army. Professor Janet Jacobs, who researches genocide, trauma and collective memory, discusses the ways in which the experiences and trauma of Holocaust survivors are passed down through generations. END_OF_DOCUMENT_TOKEN_TO_BE_REPLACED

A model of your very own kidney made entirely from soft and pliable polymers? Researchers at two CU campuses are on the cusp of 3D printing realistic replicas of human anatomy. END_OF_DOCUMENT_TOKEN_TO_BE_REPLACED

Legalizing recreational cannabis does not increase substance use disorders or use of other illicit drugs in adults and may reduce alcohol-related problems, according to new research. The study also found no link between cannabis legalization and increases in cognitive, psychological, social, relationship or financial problems. END_OF_DOCUMENT_TOKEN_TO_BE_REPLACED
Return to the top of the page