Scientists have been studying cyanobacteria and its many potential applications for decades, from cutting CO2 emissions to creating a substitute for oil-based plastics, but there wasn’t a deep understanding of the full life cycle and metabolism of specialized compartments within these common bacteria – until now.

New CU Boulder research published today in Science Advances shows how these specialized compartments, known as carboxysomes, work and how their activity can be accurately measured. The research findings could ultimately lead to increased plant yields, novel antibiotics and improved production efficiency of renewable fuels.

“This was a 50-year question, a long-standing thing that people could never tackle,” said Jeffrey Cameron, an assistant professor in the Department of Biochemistry and coauthor of the new research.

In his work as a postdoctoral researcher, Cameron figured out how carboxysomes are formed: from the inside out. But he couldn’t determine their function in the cells because they struggled to grow under the microscope. 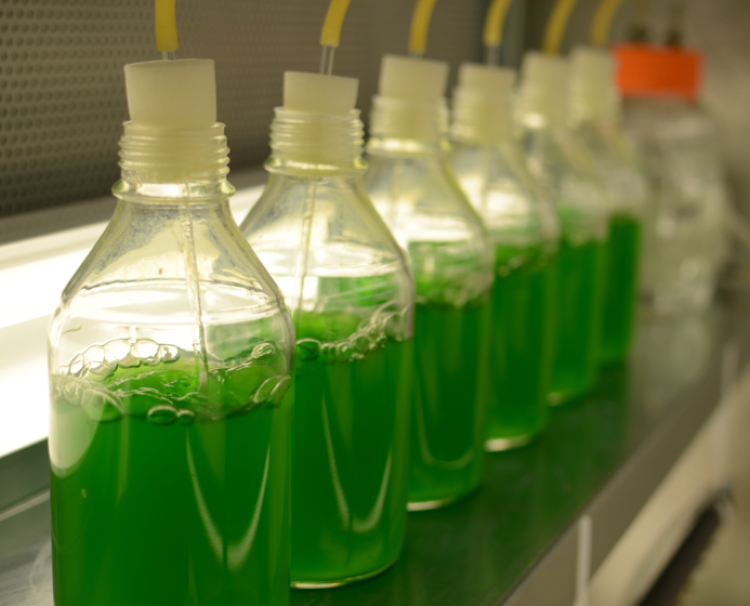 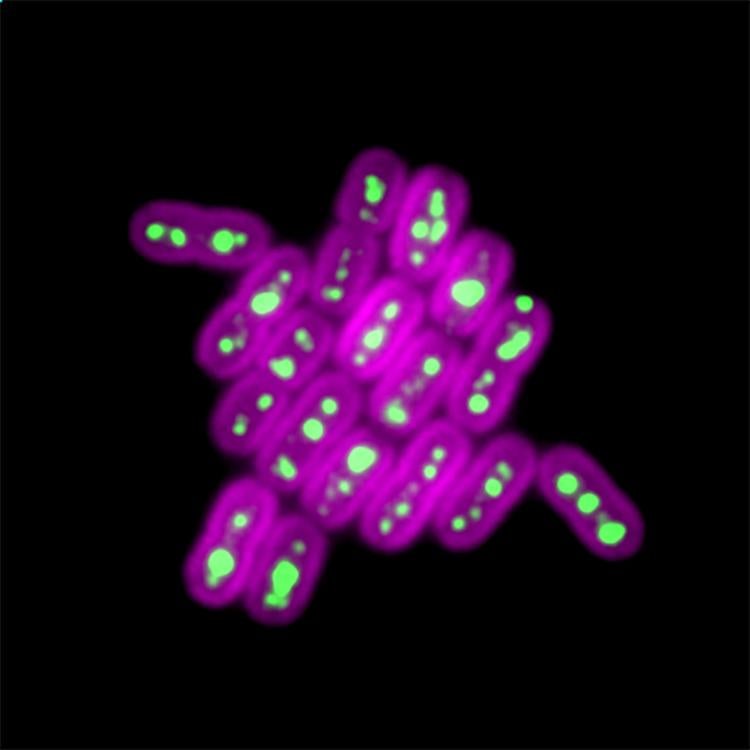 He wanted to answer the questions of, how long do carboxysomes last? How long are they active? What happens to cells without carboxysomes?

So, Cameron and his colleagues tracked specific enzymes within these cells’ carboxysomes, by tagging them with a green fluorescent marker. They then added chemicals to curb the ability of the cell to make new carboxysomes. Researchers tracked them for several days using live cell imaging as they were passed from mother to daughter cells.

Because the cells’ ability to grow was dependent on their ability to fix carbon, in this way they could directly track the effect of the carboxysome on the cells’ growth. The researchers found that by adjusting the amount of CO2 available to cells without carboxysomes, they could switch their growth on and off – effectively reactivating them at will from a dormant state.

And by filming thousands of cells and measuring all of them in the population, they uncovered several practical applications for engineering.

About 5% of these carboxysomes were ultra-productive and could maintain their growth rate for over seven generations.

“This would be like having the same brain passed on from your great, great, great, great, great grandmother that's still functioning over that many generations,” said Cameron. “If we could understand the principles of why these ones are so active, we might be able to significantly improve plant growth.”

There is now a huge push to try to put carboxysomes into plants to improve photosynthesis, which could greatly enhance plant yields, said Cameron, also of the Renewable and Sustainable Energy Institute (RASEI) at CU Boulder.

Carboxysomes also have potential to serve as mini bioreactors, increasing the metabolism for the processes that create biofuels.

Meantime, pathogenic bacteria, such as Salmonella, contain similar microcompartments that give them metabolic advantage in certain environments. Because humans do not have cyanobacteria or bacterial microcompartments, it may be possible to develop novel antibiotics that specifically target these bacterial structures, he added.

“I want to know: how can I elucidate the basic principles that will allow engineers to move forward?” said Cameron.

New research shows it’s possible to calculate the viscosity of a substance with very strongly bonded particles. The calculation—previously thought impossible—is an important step toward understanding substances with promising potential for everything from quantum computing to clean energy. END_OF_DOCUMENT_TOKEN_TO_BE_REPLACED 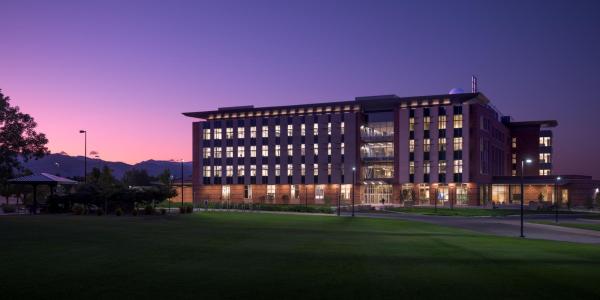 The new effort, called SpectrumX, will address congestion in a "precious resource" that's key to technologies like mobile broadband, broadcasting and GPS. END_OF_DOCUMENT_TOKEN_TO_BE_REPLACED 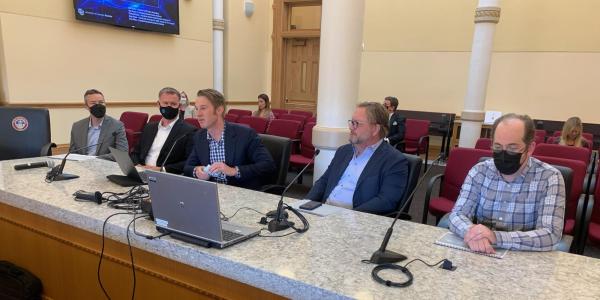 Philip Makotyn, executive director the CUbit Quantum Initiative, spoke on Sept. 9 before the Colorado General Assembly's Joint Technology Committee about the quantum ecosystem along Colorado's Front Range. END_OF_DOCUMENT_TOKEN_TO_BE_REPLACED
Return to the top of the page