The term “accomplished” takes on a whole new meaning when referring to CU Boulder senior Sophia Zervas. Graduating this month with Bachelor of Music degrees in both piano and voice, Zervas is off to Harvard University in the fall to continue her musical studies, but in a unique field: exploring the intersections of culture, world politics and music through ethnomusicology. 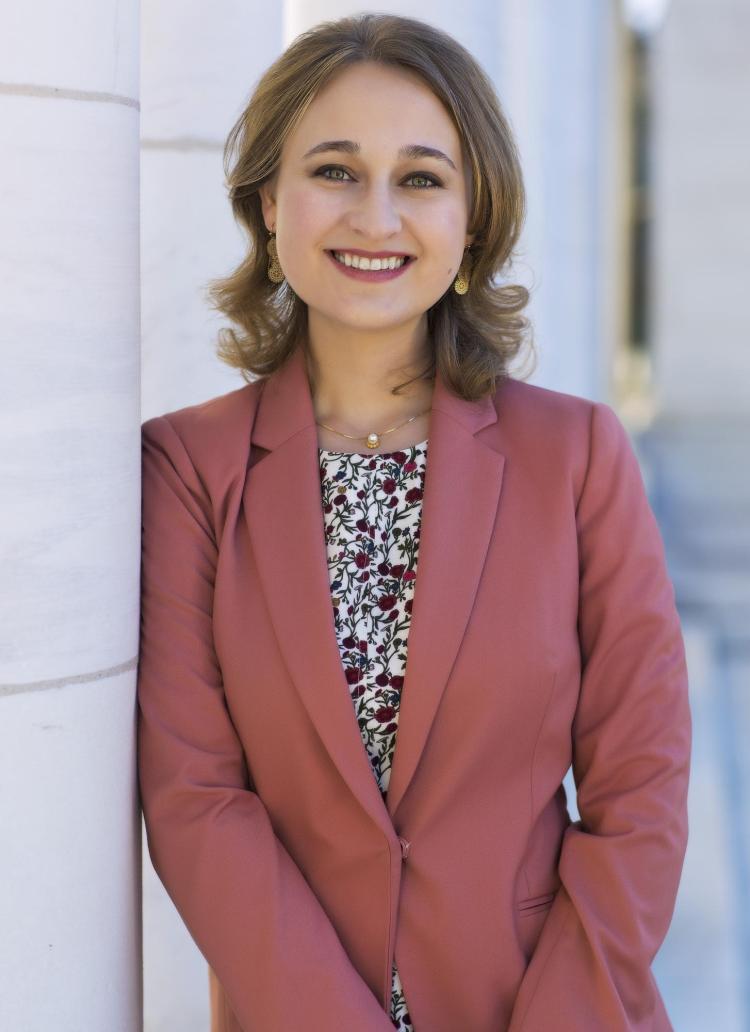 Hailing from the Denver area, Zervas started piano lessons as a kid, but didn’t know she wanted to pursue a career in music until high school.

“It kind of took root in me,” Zervas said.

“Going to CU was kind of a natural extension to that,” Zervas said.

During her time in undergrad, Zervas’ focus broadened beyond the ivory keys.

At the end of her freshman year, Zervas was approached by faculty members to audition for the Bachelor of Music voice program.

“It’s been quite the experience and quite the journey to be a double performance major,” Zervas said. “Time management was a huge part of maintaining sanity.”

Zervas also credits her piano and voice professors, Korevaar and Abigail Nims, for supporting her along the way.

“My professors were really helpful in making sure that I wasn’t overwhelmed with work,” Zervas said. “I ended up extending my undergraduate education from four years to five, and they really supported that.”

It would be easy to assume that a double major would be too swamped for extracurriculars, but Zervas didn’t let that stop her.

“I wanted to give back and share my experiences with prospective students,” said Zervas.

She became an active member of the Music Ambassador Program, where College of Music students give tours, participate in panel discussions and help with audition days for incoming students.

In the last two years of her college career, Zervas decided to take her studies one step further.

“I’ve always wanted to incorporate more writing and research into my career as a musician,” Zervas said.

So, she approached her ethnomusicology professor Benjamin Teitelbaum about writing a thesis based on an old term paper she had written in one of his musicology seminars.

Although the College of Music does not have an official honors program, Teitelbaum found a way for Zervas to write her thesis as part of an independent study.

Her paper looked at changing conceptions of Turkish nationalism, particularly in the context the popular Turkish music genre Arabesque.

Zervas defended her thesis in front of a committee of faculty members at the end of the semester.

“It’s been a fascinating and absolutely wonderful experience,” Zervas said.

Zervas said she never dreamed of applying to Ivy League programs. But with encouragement and support from Teitelbaum, Zervas aimed high, applying to schools like Harvard and Brown University.

“When I got that message from Harvard, I was elated,” said Zervas. “I still have the message recording on my phone. I’m just on cloud nine.”

Zervas is set to build on the work of her thesis paper in Harvard’s ethnomusicology program.

“I’m half-Greek and half-Lebanese. Growing up, I had a strong cultural background and emphasis in my home,” Zervas said. “Doing a program like ethnomusicology at Harvard is an opportunity to combine my interests in culture, heritage, history, music and politics into one profession.”

Even though COVID-19 imposed a not-so-perfect end to her five years at CU Boulder, Zervas said she couldn’t imagine going anywhere else for her undergraduate studies.

Amid the coronavirus pandemic, Zervas remains optimistic that campuses will reopen, and life will resume to partial normality by fall.

“I’m making plans to move out to Boston in August, but we’ll see,” Zervas said. 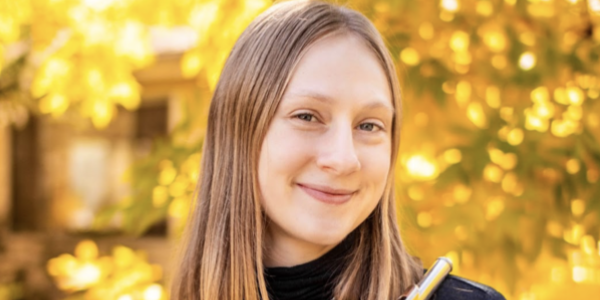 Flute performance major Andrea Kloehn is this semester's Outstanding Graduating Senior. Learn more about her and the other College of Music winter graduates. END_OF_DOCUMENT_TOKEN_TO_BE_REPLACED 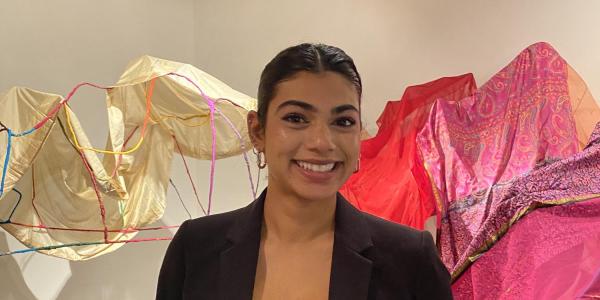 Shloka Dhar, who majored in art practices and molecular, cellular and developmental biology, is the College of Arts and Sciences’ outstanding graduate for fall 2022. END_OF_DOCUMENT_TOKEN_TO_BE_REPLACED 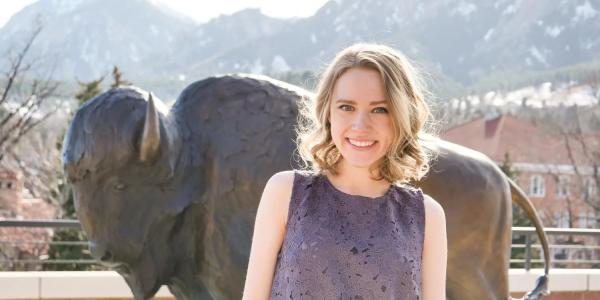 Rylee Vogel is an actor and a communicator. This year, she’s also the recipient of the William W. White Outstanding Graduate Award, an honor bestowed to the student graduating with the highest GPA in the College of Media, Communication and Information. END_OF_DOCUMENT_TOKEN_TO_BE_REPLACED
Return to the top of the page