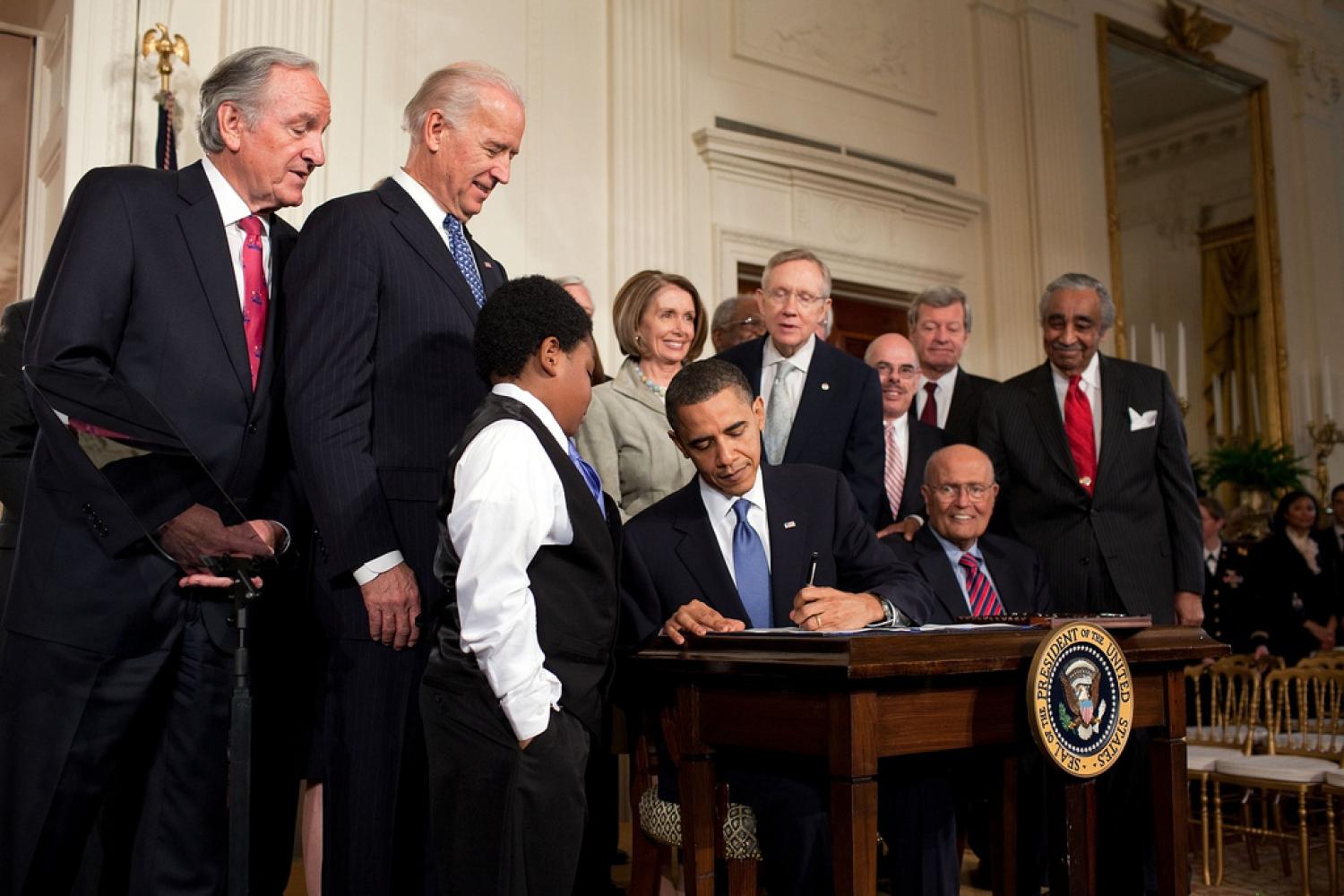 On March 23, 2010, President Barack Obama signed the Affordable Care Act (ACA) into law with a stated goal of addressing the “crushing cost of health care…a cost that now causes a bankruptcy in America every 30 seconds.”

A decade later, the law, otherwise known as Obamacare, appears to be accomplishing that goal, leading not only to millions more insured individuals but also to a sharp decline in bankruptcy risk among those with on-and-off coverage, new CU Boulder and University of Denver research suggests.

“The big picture finding is that the ACA is doing what it is supposed to be doing, providing more people with health coverage and buffering them from crushing debt that can play out in financial ruin,” said co-author Tim Wadsworth, an associate professor of sociology at CU Boulder.

The study, forthcoming in the Brooklyn Law Review, comes as the controversial law continues to be challenged in federal courts and a global pandemic is poised to leave tens of thousands of people unemployed and uninsured, testing its ability to serve as a health and financial safety net.

“A lot of people who are losing their paycheck right now are also going to lose their health coverage,” said Wadsworth. “There will be bankruptcies but we are likely better off than we would have been in this situation several years ago.”

For the study, Wadsworth and co-author Michael D. Sousa, an associate professor at DU’s Sturm College of Law, examined Bureau of Labor Statistics survey data from 8,000 middle-aged men and women across three time periods between 2004 and 2016.

Their over-arching research questions were: Does having health insurance lower your risk of bankruptcy, and how did the ACA—which expanded Medicaid coverage and insurance tax credits and mandated all citizens to possess coverage—affect U.S. bankruptcy filings?

Not surprisingly, they found that more people were insured after the ACA was enacted. The percentage of fully insured individuals rose from 72% to 80%, while those with no coverage dipped from a high of 12.6% to 7.4%. On-and-off coverage declined from 17% to 13%. In all, about 20 million Americans gained access to health insurance as a result of the ACA.

Some results, however, surprised them.

The researchers found no evidence that people without insurance are more likely to file bankruptcy than people with full coverage.

In contrast, prior to the implementation of the law, people with intermittent coverage were twice as likely to file for bankruptcy as the fully insured.

“We found that it is not lack of insurance that is predictive of bankruptcy, but rather going on and off of it,” said Sousa, who is also a PhD candidate in the CU Boulder Department of Sociology.

After the passage of the ACA, however, that added risk disappeared.

The study didn’t specifically examine why that is, but Sousa and Wadsworth have theories.

Bankruptcy, which impacts approximately 1 million families each year, tends to be most common among lower-middle-income people or those who earn enough money to qualify for debt to purchase things like cars and homes. When these individuals lose their health insurance, often due to divorce or loss of a job, an unexpected medical emergency can swiftly throw them into a financial crisis in which they can’t pay those debts. Many people who file bankruptcy cite medical bills as a factor.

Post-ACA, such individuals have new options for getting insurance and those periods of going without coverage have grown shorter, previous research shows. 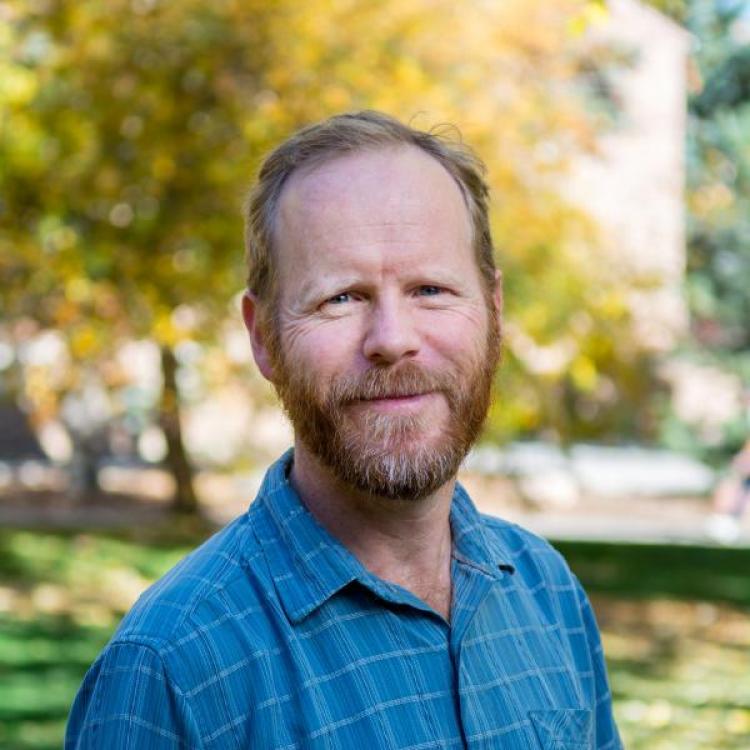 Few prior studies have looked at the link between health insurance and bankruptcy, and results have been mixed. This is the first study to use individual data, rather than broader trends, to ask the question.

“Our study suggests that the Affordable Care Act is in fact playing an important role in decreasing the reliance upon bankruptcy in this country,” Sousa said.

Wadsworth believes the ongoing pandemic may reveal just how great a role the ACA will play and may also highlight shortfalls in a system that ties health insurance to employment, as those who lose coverage rush to apply for Medicaid or coverage through a local exchange. Due to the coronavirus, numerous states, including Colorado, have launched special open enrollment periods for people to sign up for ACA plans.

“I think the ACA will help buffer the blow but there is still a lot of fine-tuning to be done with it,” he said. “This time we are in will either serve as evidence that we should not dismantle it or that it is not nearly enough.”

Phil Pendergast, a research affiliate with the CU Population Center (CUPC), which is part of the Institute of Behavioral Science at CU Boulder, also contributed to this paper.

Tim Wadsworth and Michael Sousa will host a free public webinar on health insurance, medical debt and bankruptcy at noon May 5.

Diseases of the blood, like sickle cell disease, have traditionally taken at least a full day, tedious lab work and expensive equipment to diagnose, but researchers have developed a way to diagnose these conditions with greater precision in only one minute. END_OF_DOCUMENT_TOKEN_TO_BE_REPLACED

Ed Chuong, an assistant professor in the Department of Molecular, Cellular and Developmental Biology, has been awarded a prestigious $875,000 Packard Fellowship to study how remnants of ancient viruses shape modern-day immune response. END_OF_DOCUMENT_TOKEN_TO_BE_REPLACED

Two CU Boulder theater professors created guidelines for dealing with conflicts, reporting sexual harassment, handling violence and stage intimacy and maintaining basic health and safety for all artists. END_OF_DOCUMENT_TOKEN_TO_BE_REPLACED
Return to the top of the page