On April 1, water managers across the West use the amount of snowpack present as a part of a simple equation to calculate the available water supply for a given region that year. Historically, this method has accurately predicted whether large areas of the western U.S. will experience drought and to what degree. But new research from CU Boulder suggests that during the 21st century, our ability to predict drought using snow will literally melt away.

By mid-century, over two-thirds of western U.S. states that depend on snowmelt as a water source will see a significant reduction in their ability to predict seasonal drought using snowpack, according to the new study out today in Nature Climate Change. As we approach 2100, this area impacted by reduced drought prediction ability will increase to over 80%.

While measurements of soil moisture, rainfall and temperature can all help assess the chances of coming drought, even when those are taking into consideration, two-thirds of western states are projected to lose much of their ability to predict it.

“Although these other measurements increase a forecast’s accuracy, the loss of snow is something that we’re not going to be able to compensate for easily,” said Ben Livneh, author of the paper and a Fellow in the Cooperative Institute for Research In Environmental Sciences (CIRES).

Snowpack is a crucial source of water for the western U.S., where as much as 75% of freshwater originates as snow. It is also the most relied upon element of annual drought prediction in the region.

Coastal areas that receive water from nearby snowy mountains, like northern California, and regions at lower elevations, like the Washington Cascade Mountains, will be most affected. This is due to the fact that in these areas, less precipitation will fall as snow and they will lose their snow sooner from warming temperatures.

Higher elevations, including the Colorado and Northern Rocky Mountains, will keep their snowpack for longer and be able to continue relying on it as part of their predictive equations. But by the end of the century, even Colorado will not be immune to losing significant snowpack, and therefore, losing accuracy in its seasonal drought prediction.

“If you don’t accurately predict a year without drought, there's less impact,” said Livneh, an assistant professor of Civil, Environmental and Architectural Engineering. “But there is so much to lose in a drought year by not being prepared for it.”

The point of prediction

The paper is the first to assess what vanishing snowpack might mean for future drought predictability.

Using 28 climate models looking at critical water-producing areas of the mountainous western U.S., Livneh and co-author Andrew Badger, formerly at CIRES, now an associate scientist in the Hydrological Sciences Lab at the NASA Goddard Space Flight Center, simulated snow pack, melt water, stream flow, water storage and evaporation. They calibrated these models more than 20 times against historical data from 1950 to present, to see if they could accurately predict how snowpack impacted streamflow in the past before applying these models to the future. Once satisfied with the models, they ran them up to 2100.

The researchers found that further into the future, snowpack alone became less and less accurate at predicting drought due to the reduction, and eventually, the complete loss of snow at many lower elevations. Between 2035 and 2065, 69% of the western U.S. will see a reduction in accurate seasonal drought prediction on the basis of snow information, with the affected areas increasing to 83% of the greater West between 2070 and 2099.

This reduction in drought prediction ability will affect everything from agriculture and drinking water supplies, to hydropower and flood control. It might increase our reliance on reservoirs, which could fill at different times of year and complicate how cities and states receive their water.

Regions which rely primarily on snow for drought prediction should be looking not only to other methods, but also to places nearby that observe snow at higher elevations, recommends Livneh.

The researchers hope to directly work with regional water managers in Colorado, which will be less affected, as well as those in the Pacific Northwest – which may see some of the biggest impacts of lost snowpack on drought predictability – to plan and adjust to this quickly changing equation.

“This is one way in which the connection to climate change is very clear, and the changing snow landscape has a major impact. Our drinking water, our water supply, for example, is something we take for granted,” said Livneh. “That's something people should think about: Is that always going to be the case?” 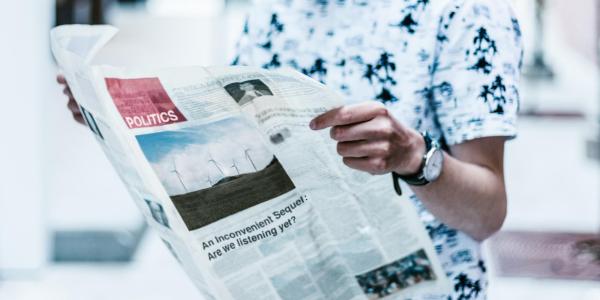 Recent data reveal U.S. news coverage of climate change reached an all-time high in October and November. The language is also changing, with more intense words and phrases being used in the news to describe the phenomenon, such as “climate catastrophe” and “climate emergency.” END_OF_DOCUMENT_TOKEN_TO_BE_REPLACED 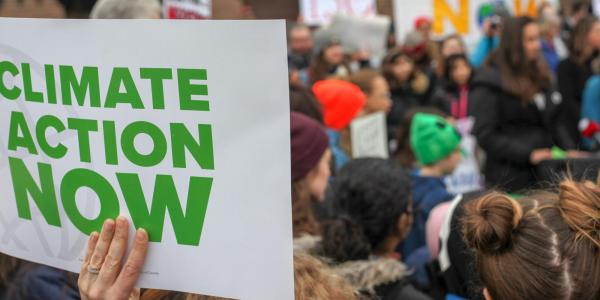 Climate change is a much bigger problem than individuals can solve alone, but CU experts say we each can make a difference. If you want to make some climate-focused changes to improve the present and future of the planet, consider these resolutions in the new year. END_OF_DOCUMENT_TOKEN_TO_BE_REPLACED
Return to the top of the page