Why didn’t the universe annihilate itself? Neutrinos may hold the answer

Why didn’t the universe annihilate itself? Neutrinos may hold the answer

Banner image: Interior of the Super-Kamiokande observatory, which detects neutrinos in the T2K Experiment. | Kamioka Observatory, ICRR (Institute for Cosmic Ray Research) The University of Tokyo

Alysia Marino and Eric Zimmerman, physicists at CU Boulder, have been on the hunt for neutrinos for the last two decades.

That’s no easy feat: Neutrinos are among the most elusive subatomic particles known to science. They don’t have a charge and are so lightweight—each one has a mass many times smaller than the electron—that they interact only on rare occasions with the world around them. 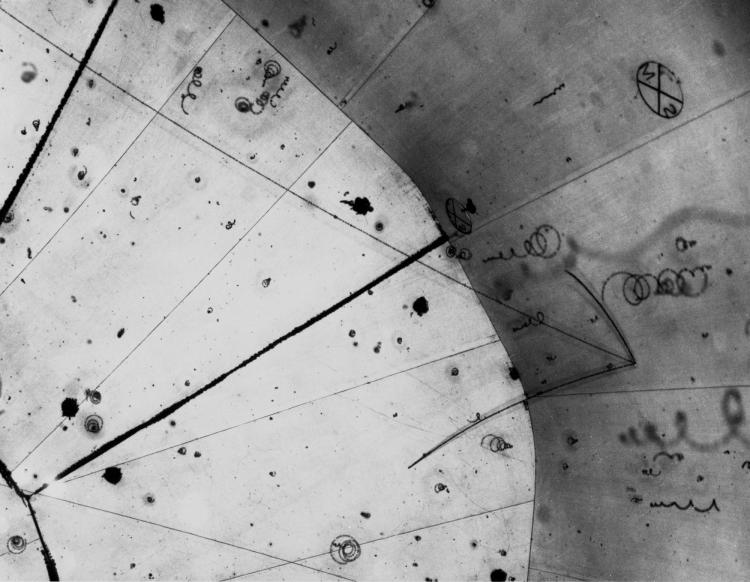 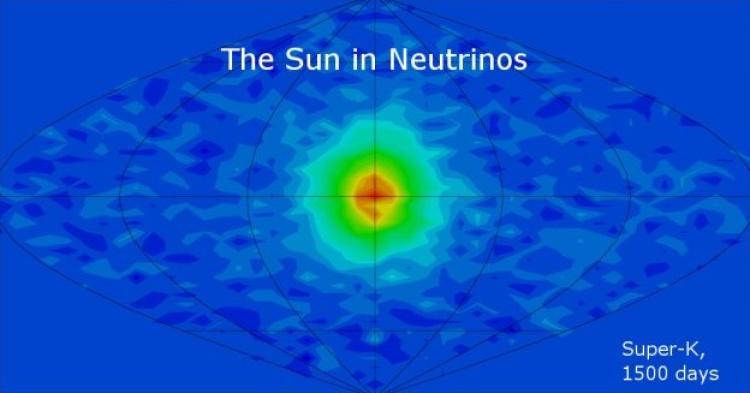 Top: A visualization of the first detection of a neutrino using a device called a hydrogen bubble chamber. A neutrino collided with a proton where the black lines form the shape of an arrow; middle: A graphic showing neutrinos emitted from the sun over a period of 1500 days; bottom: Diagram of how the T2K experiment sends and detects beams of neutrinos. (Credits: T2K Experiment)

They may also hold the key to some of physics’ deepest mysteries.

In a study published today in the journal Nature, Marino, Zimmerman and more than 400 other researchers on an experiment called T2K come closer to answering one of the big ones: Why didn’t the universe annihilate itself in a humungous burst of energy not long after the Big Bang?

The new research suggests that the answer comes down to a subtle discrepancy in the way that neutrinos and their evil twins, the antineutrinos, behave—one of the first indications that phenomena called matter and antimatter may not be the exact mirror images many scientists believed.

The group’s findings showcase what scientists can learn by studying these unassuming particles, said Zimmerman, a professor in the Department of Physics.

“Even 20 years ago, the field of neutrino physics was much smaller than it is today,” he said.

Marino, an associate professor of physics, agreed. “There’s still a lot we’re trying to understand about how neutrinos interact,” she said.

Neutrinos, which weren’t directly detected until the 1950s, are often produced deep within stars and are among the most common particles in the universe. Every second, trillions of them pass through your body, although few if any will react with a single one of your atoms.

To understand why this cosmic dandelion fluff is important, it helps to go back to the beginning—the very beginning.

Based on their calculations, physicists believe that the Big Bang must have created a huge amount of matter alongside an equal quantity of antimatter. These particles behave exactly like, but have opposite charges from, the protons, electrons and all the other matter that makes up everything you can see around you.

There’s just one problem with that theory: Matter and antimatter obliterate each other on contact.

“Our universe today is dominated by matter and not antimatter,” Marino said. “So there had to be some process in physics that distinguished matter from antimatter and could have given rise to a small excess of protons or electrons over their antiparticles.”

Over time, that small excess became a big excess until there was virtually no antimatter left in the cosmos. According to one popular theory, neutrinos underly that gap.

Zimmerman explained that these subatomic particles come in three different types, which scientists call “flavors,” with unique interactions. They are the muon neutrino, electron neutrino and tau neutrino. You can think of them as the physicist’s Neapolitan ice cream.

These flavors, however, don’t stay put. They oscillate. If you give them enough time, for example, the odds that a muon neutrino will stay a muon neutrino can shift. Imagine opening your freezer and not knowing whether the vanilla ice cream you left behind will now be chocolate or strawberry, instead.

But is the same true for antineutrinos? Proponents of the theory of “leptogenesis” argue that if there were even a small difference in how these mirror images behave, it could go a long way toward explaining the imbalance in the universe. 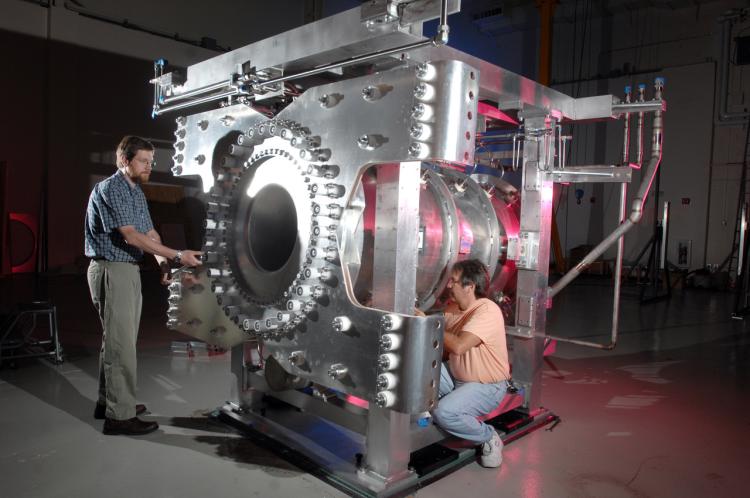 That, however, means observing neutrinos up close.

The T2K, or Tokai to Kamioka, Experiment goes to extreme lengths to do just that. In this effort, scientists use a particle accelerator to shoot beams made up of neutrinos from a research site in Tokai, Japan, to detectors in Kamioka—a distance of more than 180 miles or the entire width of Japan’s largest island, Honshu.

Zimmerman and Marino have both participated in the collaboration since the 2000s. For the last nine years, the duo and their colleagues from around the world have traded off studying beams of muon neutrinos and muon antineutrinos.

In their most recent study, the researchers hit pay dirt: These bits of matter and antimatter seem to behave differently. Muon neutrinos, Zimmerman said, are more inclined to oscillate into electron neutrinos than their antineutrino counterparts.

The results come with major caveats. The team’s findings are still quite a bit shy of the physics community’s gold standard for a discovery, a measure of statistical significance called “five sigma.” The T2K collaboration is already upgrading the experiment so that it can collect more data and faster to reach that mark.

But, Marino said, the results provide one of the most tantalizing hints to date that some kinds of matter and antimatter may act differently—and not by a trivial amount.

“To explain the T2K results, the difference needs to be almost the largest amount that you could possibly get” based on theory, she said.

Marino sees the study as one window to the fascinating world of neutrinos. There are many more pressing questions around these particles, too: How much, for example, does each flavor of neutrino weigh? Are neutrinos, in a really weird twist, their own antiparticles? She and Zimmerman are taking part in a second collaboration, an upcoming effort called the Deep Underground Neutrino Experiment (DUNE), that will aid the upgraded T2K in finding those answers.

“There are still things we’re figuring out because neutrinos are so hard to produce in a lab and require such complicated detectors,” Marino said. “There’s still room for more surprises.”

CU Boulder neuroscientist Zoe Donaldson has found a new way to contribute to global science education. She and her team will spend much of August helping European high school students learn the finer points of gene manipulation in prairie voles. END_OF_DOCUMENT_TOKEN_TO_BE_REPLACED

Doctoral students Aaquib Tabrez and Matthew Luebbers, along with their advisor Bradley Hayes, used augmented reality Minesweeper to gain insight into a robot’s decision-making process. They were awarded runner-up for best student paper at an international conference. END_OF_DOCUMENT_TOKEN_TO_BE_REPLACED

With a project called Tinycade, graduate student Peter Gyory has set out to recreate that arcade parlor experience from childhood—entirely out of junk. END_OF_DOCUMENT_TOKEN_TO_BE_REPLACED
Return to the top of the page