In politics and pandemics, Russian trolls use fear, anger to drive clicks

In politics and pandemics, Russian trolls use fear, anger to drive clicks

Facebook users flipping through their feeds in the fall of 2016 faced a minefield of targeted advertisements pitting blacks against police, Southern whites against immigrants, gun owners against Obama supporters and the LGBTQ community against the conservative right.

Placed by distant Russian trolls, they didn’t necessarily aim to prop up one candidate or cause, but to turn Americans against one another.

The ads were cheaply made and full of threatening, vulgar language.

And, according to a sweeping new analysis of more than 2,500 of the ads, they were remarkably effective, eliciting clickthrough rates as much as nine times higher than what is typical in digital advertising.

“We found that fear and anger appeals work really well in getting people to engage,” said lead author Chris Vargo, an assistant professor of Advertising, Public Relations and Media Design at CU Boulder. 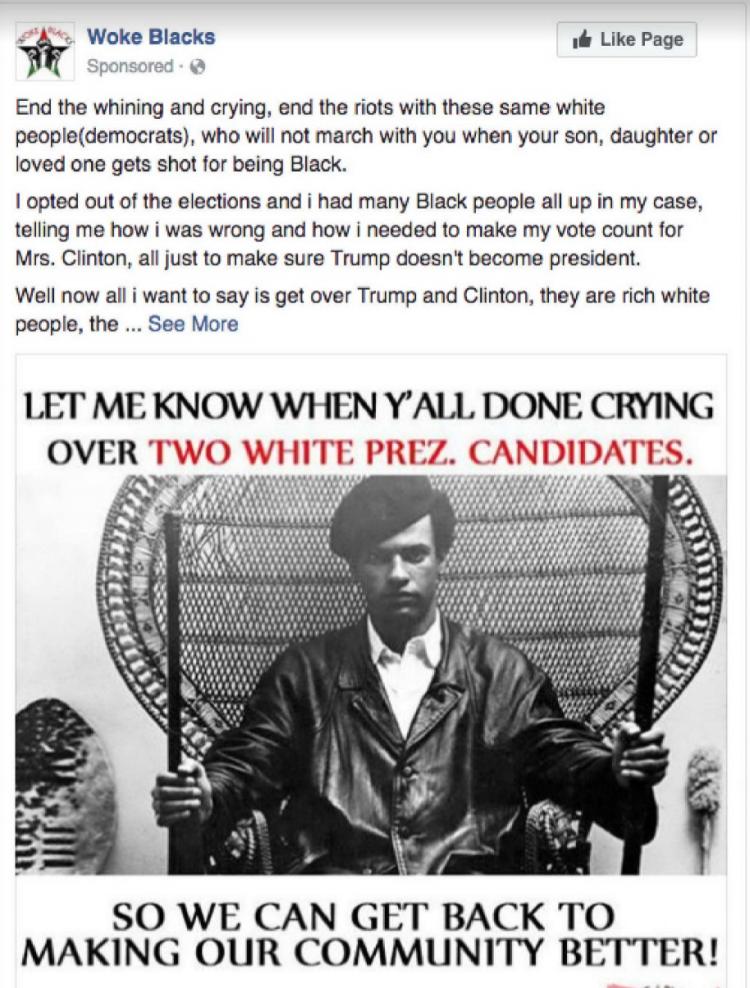 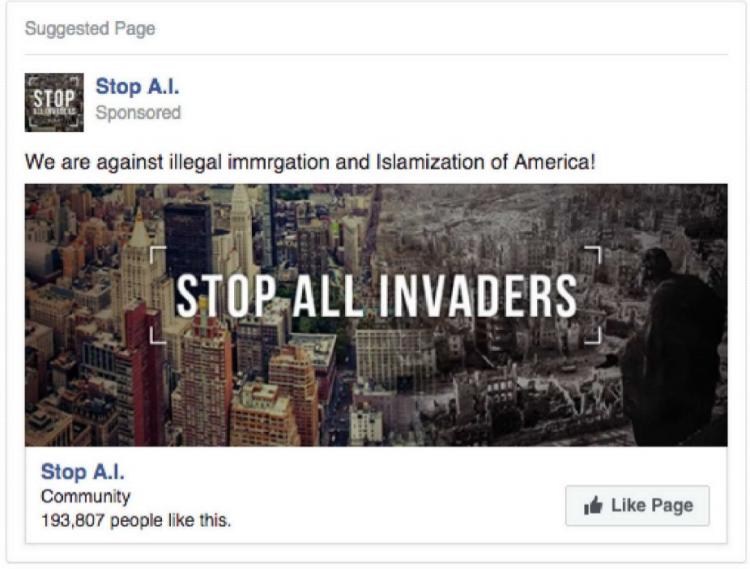 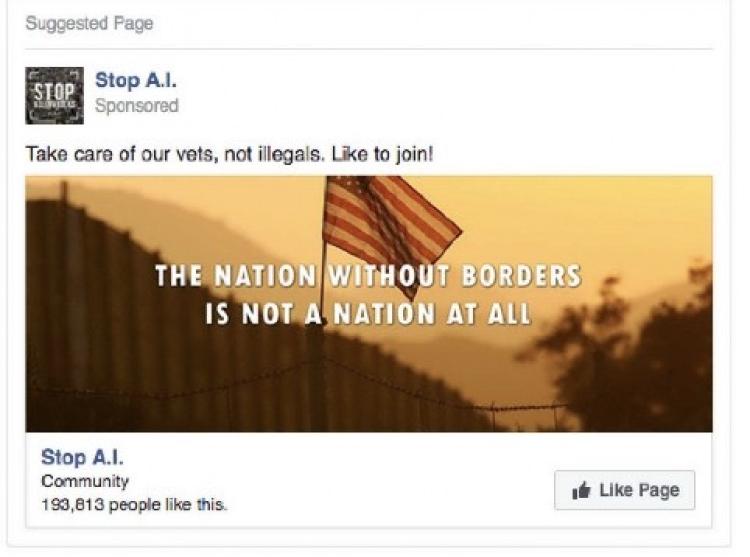 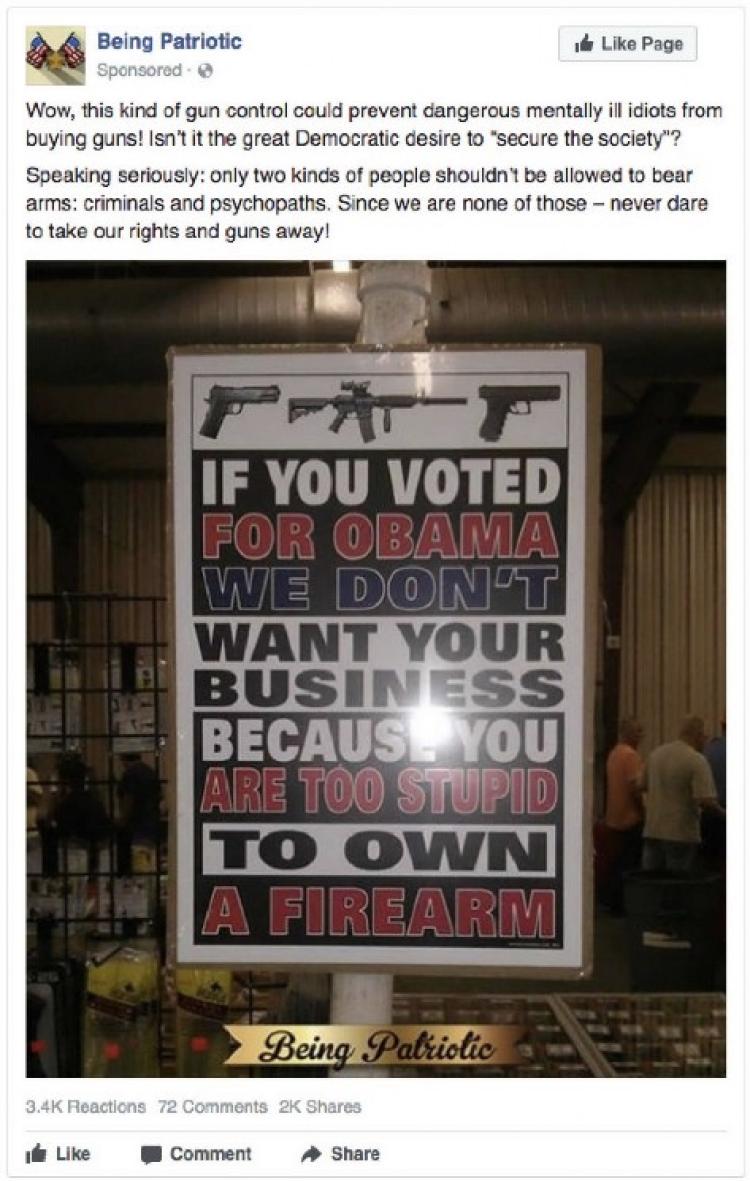 Targeted Facebook ads placed by the iRA during the 2016 election

The study, published this week in Journalism and Mass Communication Quarterly, is the first to take a comprehensive look at ads placed by the infamous Russian propaganda machine known as the Internet Research Agency (IRA) and ask: How effective were they? And what makes people click on them?

While focused on ads running in 2016, the study’s findings resonate in the age of COVID-19 and the run-up to the 2020 election, the authors say.

“As consumers continue to see ads that contain false claims and are intentionally designed to use their emotions to manipulate them, it’s important for them to have cool heads and understand the motives behind them,” said Vargo.

For the study, Vargo and assistant professor of advertising Toby Hopp scoured 2,517 Facebook and Instagram ads downloaded from the U.S. House of Representatives Permanent Select Committee On Intelligence website. The committee made the ads publicly available in 2018 after concluding that the IRA had been creating fake U.S. personas, setting up fake social media pages, and using targeted paid advertising to “sow discord” among U.S. residents.

Using computational tools and manual coding, Vargo and Hopp analyzed every ad,  looking for the inflammatory, obscene or threatening words and language hostile to a particular group’s ethnic, religious or sexual identity. They also looked at which groups each ad targeted, how many clicks the ad got, and how much the IRA paid.

Collectively, the IRA spent about $75,000 to generate about 40.5 million impressions with about 3.7 million users clicking on them—a clickthrough rate of 9.2%.

While ads using blatantly racist language didn’t do well, those using cuss words and inflammatory words (like “sissy,” “idiot,” “psychopath” and “terrorist”) or posing a potential threat did. Ads that evoked fear and anger did the best.

One IRA advertisement targeting users with an interest in the Black Lives Matter movement stated: “They killed an unarmed guy again! We MUST make the cops stop thinking that they are above the law!” Another shouted: “White supremacists are planning to raise the racist flag again!” Meanwhile, ads targeting people who sympathized with white conservative groups read “Take care of our vets; not illegals” or joked “If you voted for Obama: We don’t want your business because you are too stupid to own a firearm.”

“This wasn’t about electing one candidate or another,” said Vargo. “It was essentially a make-Americans-hate-each-other campaign.”

The ads were often unsophisticated, with spelling or grammatical errors and poorly photoshopped images. Yet at only a few cents to distribute, the IRA got an impressive rate of return.

“I was shocked at how effective these appeals were,” said Vargo.

COVID-19 a new opportunity for trolls

The authors warn that they have no doubt such troll farms are still at it.

According to some news reports, Russian trolls are already engaged in disinformation campaigns around COVID-19.

“I think with any major story, you are going to see this kind of disinformation circulated,” said Hopp. “There are bad actors out there who have goals that are counter to the aspirational goals of American democracy, and there are plenty of opportunities for them to take advantage of the current structure of social media.”

Ultimately, the authors believe better monitoring, via both machine algorithms and human reviewers, could help stem the tide of disinformation.

“We as a society need to start seriously talking about what role the platforms and government should play in times like the 2020 election or during COVID-19 when we have a compelling need for high-quality, accurate information to be distributed,” said Hopp.

Seventy-eight years ago on Jan. 27, the Auschwitz concentration camp closed after liberation by the Soviet army. Professor Janet Jacobs, who researches genocide, trauma and collective memory, discusses the ways in which the experiences and trauma of Holocaust survivors are passed down through generations. END_OF_DOCUMENT_TOKEN_TO_BE_REPLACED

A model of your very own kidney made entirely from soft and pliable polymers? Researchers at two CU campuses are on the cusp of 3D printing realistic replicas of human anatomy. END_OF_DOCUMENT_TOKEN_TO_BE_REPLACED

Legalizing recreational cannabis does not increase substance use disorders or use of other illicit drugs in adults and may reduce alcohol-related problems, according to new research. The study also found no link between cannabis legalization and increases in cognitive, psychological, social, relationship or financial problems. END_OF_DOCUMENT_TOKEN_TO_BE_REPLACED
Return to the top of the page