Let it snow: Researchers put cloud seeding to the test

A researcher travels by snowmobile at the research site of the Seeded and Natural Orographic Wintertime Clouds: The Idaho Experiment (SNOWIE) project in western Idaho. (Credit: Joshua Aikins)

For the first time, researchers have used radar and other tools to accurately measure the volume of snow produced through cloud seeding.

Led by CU Boulder atmospheric scientist Katja Friedrich and her colleagues, the research began on a chilly day in January 2017. That’s when the team watched as a flurry settled over a patch of land in western Idaho.

The gentle snow wasn’t a natural occurrence. It had been triggered through cloud seeding, a technique in which tiny particles are mixed into the atmosphere to try to generate more precipitation than might normally fall.

The approach has become increasingly popular in states like Idaho and Colorado that are grappling with how to quench their growing demands for water. It’s also notoriously difficult to measure.

But for three days early this year in Idaho’s Payette Basin, that’s just what Friedrich’s team did, monitoring three attempts at cloud seeding from start to finish. Collaborators on the project included researchers from the National Center for Atmospheric Research in Boulder, University of Wyoming and University of Illinois at Urbana-Champaign.

“We tracked the seeding plume from the time we put it into the cloud until it generated snow that actually fell onto the ground,” said Friedrich, an associate professor in the Department of Atmospheric and Oceanic Sciences.

In all, that cloud seeding event and two more later that month produced a total of about 282 Olympic-sized swimming pools worth of water. The group reported its findings today in the Proceedings of the National Academy of Sciences.

Friedrich added that the research is an important first step toward better understanding just how efficient cloud seeding can be at creating those winter wonderlands.

“Everyone you talk to will say even if you can generate a little bit more snow, that helps us in the long run,” she said.

On Jan. 19, that little bit of additional snow kicked off with an airplane flight. Just before sunset, a plane owned by Idaho Power Company used a series of flares to inject particles of silver iodide into a natural cloud formation that was passing overhead.

The idea behind such cloud seeding is a simple one—to turn lightweight water vapor into heavy droplets. 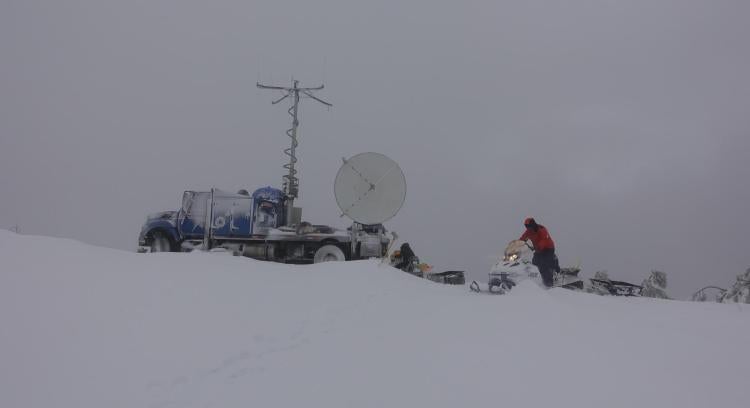 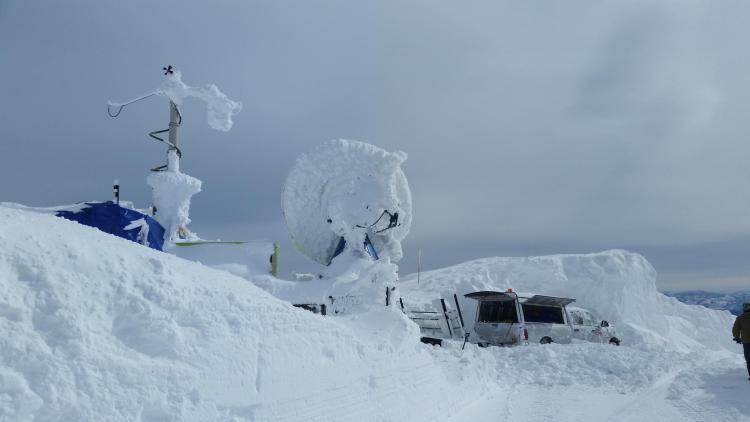 “If everything goes according to plan, the water droplets will begin to freeze around the aerosols, forming snow,” Friedrich said.

But, she added, it’s also tricky to get a good sense of just how effective that transition really is, which is why most cloud seeding statistics lead to inconclusive results. Estimates range anywhere from zero to 50% additional snowfall, Friedrich said.

On that January day, however, she and her colleagues had a plan. The group used a nearby radar dish to peer into the clouds as the water inside thickened and eventually succumbed to gravity.

Based on the team’s calculations, snow fell from those clouds for about 67 minutes, dusting roughly 900 square miles of land in about a tenth of a millimeter of snow.

It was barely enough snow to cling to the researchers’ eyelashes. But it was water that, if not for cloud seeding, would have stayed in the air.

“If we hadn’t seeded these clouds, they would not have produced any precipitation,” Friedrich said.

Some in Colorado have high hopes for that process.

In 2019, the state entered into a partnership with six others that border the Colorado River to step up its efforts at cloud seeding—an attempt to increase the supply of water to that valuable waterway.

Friedrich added that, for now, she can’t say how useful cloud seeding might be for such efforts moving forward—every winter storm is different and interacts with aerosols in different ways. But the group’s findings could get scientists closer to being able to make those cost-benefit calculations.

“We can now finally put a number on how much water we can produce through cloud seeding,” Friedrich said. 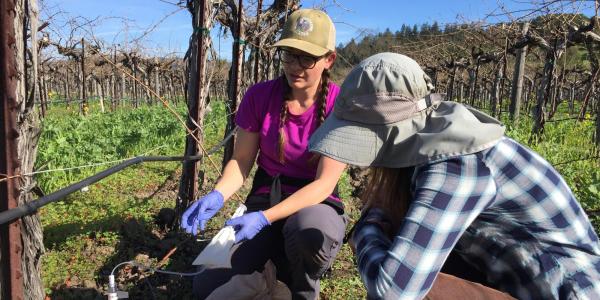 New research could help California farmers fine-tune their use and application of agricultural sulfur to sustain the wine industry and minimize unintended environmental impacts. END_OF_DOCUMENT_TOKEN_TO_BE_REPLACED

NASA’s next mission to measure Earth’s outgoing energy will now proceed to the final design and fabrication phase. END_OF_DOCUMENT_TOKEN_TO_BE_REPLACED

It's not just you—it was extra windy this April along the Front Range. Learn more from experts in the Department of Atmospheric and Oceanic Sciences about the windy spring, what the conditions could mean for the upcoming fire season and why wind is hard to predict. END_OF_DOCUMENT_TOKEN_TO_BE_REPLACED
Return to the top of the page