A mushroom cloud erupts during the Castle Bravo nuclear weapon test at Bikini Atoll in 1954. (Credit: U.S. Department of Energy)

A nuclear war, even a relatively contained conflict, wouldn’t just have devastating consequences for life on land. It could also take a toll on the oceans, according to recent research led by CU Boulder and Rutgers University.

The new study, published recently in the journal Geophysical Research Letters, explores a previously unknown link: How a clash between modern nuclear powers might shift the chemistry of the world’s seas.

“The impacts are huge,” said Nicole Lovenduski, lead author and an associate professor in the Department of Atmospheric and Oceanic Sciences (ATOC) at CU Boulder.

Lovenduski and her colleagues discovered that the smoke generated by the detonation of nuclear warheads could shift patterns of ocean acidification across the globe—and rob those waters of the building blocks that many organisms, like corals, need to build their hardy exteriors.

“This result is one that no one expected,” said Brian Toon, a coauthor of the study and an ATOC professor. “In fact, few people have previously considered the impact of a nuclear conflict on the ocean.” 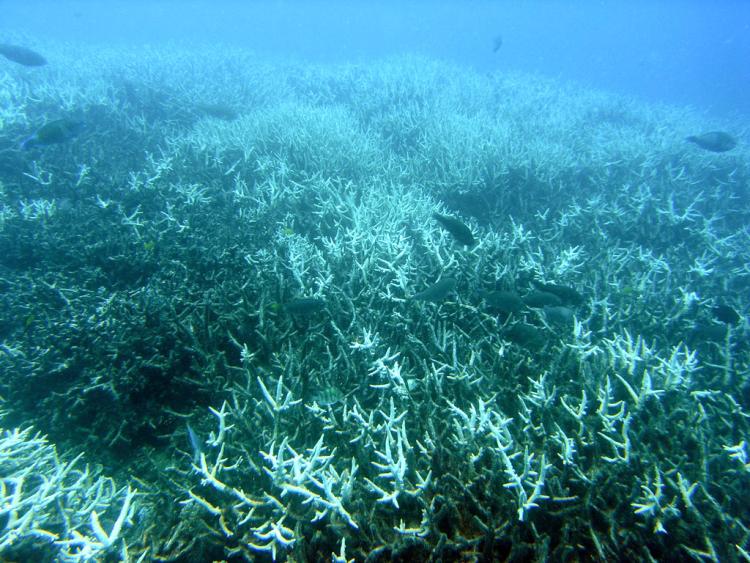 Top: The shell of an ocean pterapod dissolves when exposed to acidic conditions in a lab; bottom: Coral reefs, such as Australia's Great Barrier Reef, are already facing serious threats. They include coral bleaching as seen here, which is largely triggered by rising ocean temperatures. (Credits: NOAA; CC photo via Wikimedia Commons)

The findings stem from a long-running effort led by Toon and Alan Robock of Rutgers to better understand the potential, and sometimes hidden, costs of nuclear war.

Until recently, most research on the topic only explored those costs on land.

Lovenduski and her colleagues wanted to go deeper. To do that, the team examined a series of possible nuclear conflicts of various magnitudes. They included a hypothetical war between India and Pakistan. Even this regional conflict could wind up lofting huge amounts of black carbon high in Earth’s atmosphere, causing the globe to cool, according to one 2019 study.

“A lot of things would change in the oceans once you dim the lights,” said Lovenduski, also of the Institute of Arctic and Alpine Research (INSTAAR) at CU Boulder. “The way the water moves in the ocean, for example, is sensitive to how much heat it gets from the atmosphere.”

They discovered that the fallout would come in two stages. Soon after a nuclear war, or as little as one year later, the acidity of the world’s oceans would likely dip. Such a shift is important, Lovenduski said, because ocean acidification has been ramping up in recent decades—the result of humans pumping large quantities of carbon dioxide gas into the air.

Organisms living in the ocean, however, wouldn’t be in the clear yet.

That’s because roughly three to five years after the bombs fell, something else would happen in the seas: The world’s salt water would begin to suck up more carbon dioxide from the air. Lovenduski explained that it’s akin to how you can keep your Diet Coke bubbly for longer by putting it in the fridge.

“It makes me question whether organisms could adapt to such a change,” Lovenduski said. “We’re already questioning whether they can adapt to the relatively slower process of man-made ocean acidification, and this would happen much more abruptly.”

She said it’s too soon to say for sure what the fate of shelled critters in the oceans would be if nuclear war broke out. Study coauthor Holly Olivarez, however, noted that the impact of such a conflagration has parallels with the toll of more natural global disasters: major volcanic eruptions.

Lovenduski hopes that her group’s findings will bring more attention to the wide-ranging devastation that would follow a nuclear exchange. There’s no such thing, she said, as a minor nuclear war.

“I hope this study helps us to gain perspective on the fact that even a small-scale nuclear war could have global ramifications,” she said.

Other coauthors on the study include Cheryl Harrison, a former research associate at INSTAAR, and researchers from the National Center for Atmospheric Research in Boulder; the U.S. Department of Energy; and the University of California, Santa Barbara. 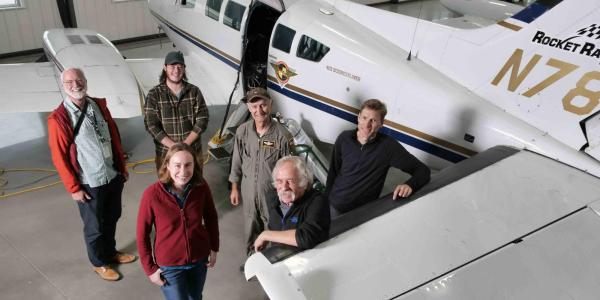 Ben Livneh, CIRES fellow and assistant professor of civil, environmental and architectural engineering, is adding a new title to his resume: director of Western Water Assessment. END_OF_DOCUMENT_TOKEN_TO_BE_REPLACED
Return to the top of the page