Abrupt thawing of permafrost will double previous estimates of potential carbon emissions from permafrost thaw in the Arctic, and is already rapidly changing the landscape and ecology of the circumpolar north, a new CU Boulder-led study finds. 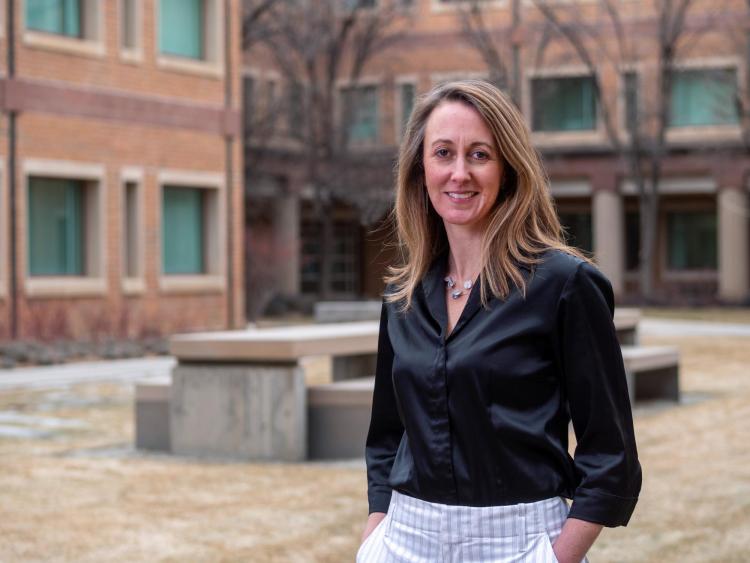 Permafrost, a perpetually frozen layer under the seasonally thawed surface layer of the ground, affects 18 million square kilometers at high latitudes or one quarter of all the exposed land in the Northern Hemisphere. Current estimates predict permafrost contains an estimated 1,500 petagrams of carbon, which is equivalent to 1.5 trillion metric tons of carbon.

The new study in Nature Geoscience distinguishes between gradual permafrost thaw, which affects permafrost and its carbon stores slowly, versus more abrupt types of permafrost thaw. Some 20% of the Arctic region has conditions conducive to abrupt thaw due to its ice-rich permafrost layer. Permafrost that abruptly thaws is a large emitter of carbon, including the release of carbon dioxide as well as methane, which is more potent as a greenhouse gas than carbon dioxide. That means that even though at any given time less than 5% of the Arctic permafrost region is likely to be experiencing abrupt thaw, their emissions will equal those of areas experiencing gradual thaw.

This abrupt thawing is “fast and dramatic, affecting landscapes in unprecedented ways,” said Merritt Turetsky, director of the Institute of Arctic and Alpine Research (INSTAAR) at CU Boulder and lead author of the study published today in Nature Geoscience. “Forests can become lakes in the course of a month, landslides occur with no warning, and invisible methane seep holes can swallow snowmobiles whole.”

Abrupt permafrost thaw can occur in a variety of ways, but it always represents a dramatic abrupt ecological shift, Turetsky added.

“Systems that you could walk on with regular hiking boots and that were dry enough to support tree growth when frozen can thaw, and now all of a sudden these ecosystems turn into a soupy mess,” Turetsky said.

Permafrost contains rocks, soil, sand, and in some cases, pockets of pure ground ice. It stores on average twice as much carbon as is in the atmosphere because it stores the remains of life that once flourished in the Arctic, including dead plants, animal and microbes. This matter, which never fully decomposed, has been locked away in Earth’s refrigerator for thousands of years.

As the climate warms, permafrost cannot remain frozen. Across 80 percent of the circumpolar Arctic’s north, a warming climate is likely to trigger gradual permafrost thaw that manifests over decades to centuries.

But in the remaining parts of the Arctic, where ground ice content is high, abrupt thaw can happen in a matter of months – leading to extreme consequences on the landscape and the atmosphere, especially where there is ice-rich permafrost. This fast process is called “thermokarst” because a thermal change causes subsidence. This leads to a karst landscape, known for its erosion and sinkholes. 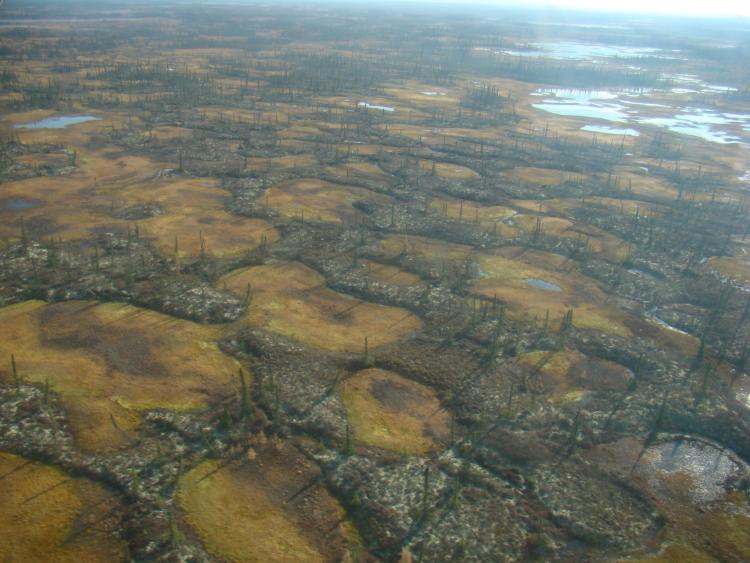 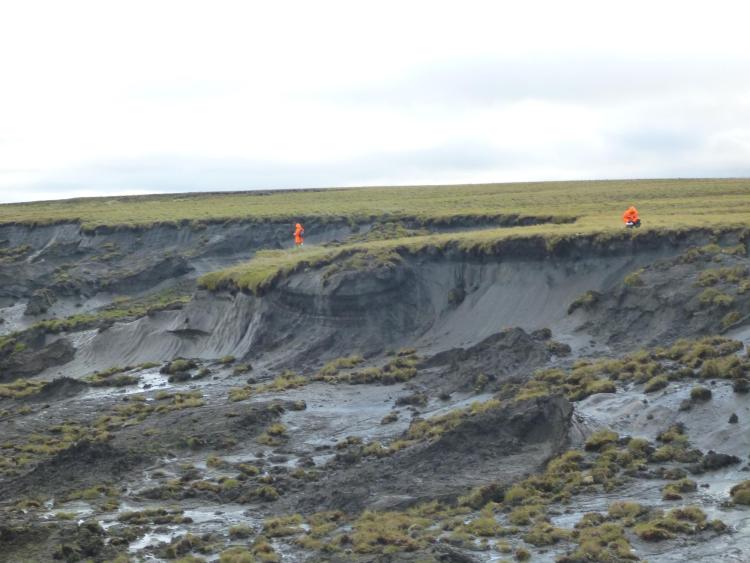 Turetsky said this is the first paper to pull together the wide body of literature on past and current abrupt thaw across different types of landscapes.

The authors then used this information along with a numerical model to project future abrupt thaw carbon losses. They found that thermokarst always involves flooding, inundation, or landslides. Intense rainfall events and the open, black landscapes that result from wildfires can speed up this dramatic process.

The researchers compared abrupt permafrost thaw carbon release to that of gradual permafrost thaw, trying to quantify a “known unknown.” There are general estimates of gradual thaw contributing to carbon emissions, but they had no idea how much of that would be caused by thermokarst.

They also wanted to find out how important this information would be to include in global climate models. At present, there are no climate models that incorporate thermokarst, and only a handful that consider permafrost thaw at all. While large-scale models over the past decade have tried to better account for feedback loops in the Arctic, the Intergovernmental Panel on Climate Change (IPCC)’s most recent report only includes estimates of gradual permafrost thaw as an unresolved Earth system feedback.

“The impacts from abrupt thaw are not represented in any existing global model and our findings indicate that this could amplify the permafrost climate-carbon feedback by up to a factor of two, thereby exacerbating the problem of permissible emissions to stay below specific climate change targets,” said David Lawrence, of the National Center for Atmospheric Research (NCAR) and a coauthor of the study.

The findings bring new urgency to including permafrost in all types of climate models, along with implementing strong climate policy and mitigation, Turetsky added.

“We can definitely stave off the worst consequences of climate change if we act in the next decade,” said Turetsky. “We have clear evidence that policy is going to help the north and thus it's going to help dictate our future climate.”

Birds that can live at 14,000 feet and also breed at sea level might have evolved more quickly than previously thought. END_OF_DOCUMENT_TOKEN_TO_BE_REPLACED

Despite the Inflation Reduction Act, U.S. progress on climate change remains stuck in a climate conundrum, CU Boulder experts say, hampered by politics, complexity and the scope of the problem. END_OF_DOCUMENT_TOKEN_TO_BE_REPLACED

A CU Boulder-led study shows that between 1985 and 2019 in Brazil’s Atlantic Forest, deforestation decreased and reforestation increased on lands where Indigenous communities had been able to complete a legal process to receive formal recognition of their ancestral lands. END_OF_DOCUMENT_TOKEN_TO_BE_REPLACED
Return to the top of the page