It’s something every skier or rider anticipates more than anything else as school starts back up, the leaves start to turn, and there’s a crisp chill in the air: ski season. You don’t want to miss a single second of fresh powder and the bright mountain sunshine on your face, and why would you?

Luckily, there are many Education Abroad dream destinations for the ski and board Buffs who just can’t get enough. These eight cities are near all kinds of spectacular slopes and mountain getaways. 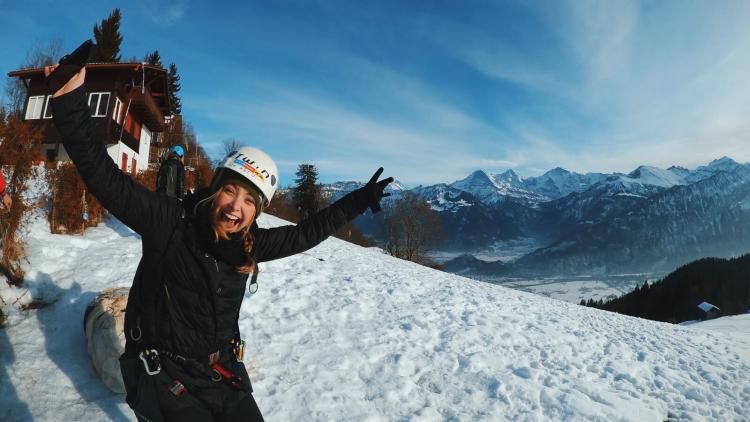 Switzerland has the highest percentage of skiers in the world, coming in at an impressive 37% of its population. When you’re not studying international policy at the U.N., take some time for fresh powder and alpine air. Nearby skiing is under 90 minutes from Geneva for day trips, and when you have a little extra travel time, Swiss and French ski towns such as Zermatt, Verbier, Gstaad, Val d’isère and Chamonix are readily accessible by train.

Vienna is a city full of rich culture and arts, but when you’re ready for a weekend away hitting the slopes, it’s just a quick flight to most Austrian ski resorts. Austria is home to world-famous ski towns such as Kitzbühel, Lech, St. Anton, Innsbruch, Saalbach, Alpbach and Sölden. If you love watching elite races, attend the annual Hahenkamm downhill race in Kitzbühel (January 2020).

New Zealand is the outdoor enthusiast’s dream—and the skiing and boarding there is no different. Ski in scenic New Zealand Southern Alps, about four to five hours outside of Dunedin by bus.

There are several runs for more advanced skiers, but if you’re not quite up to the black diamond slopes, not to worry, there’s a great range of skiing for the less experienced too. Snowboarders can get their thrills on New Zealand’s only Olympic-sized super pipe between Wanaka and Queenstown, and Christchurch is just a stone’s throw away.

Christchurch is perfect for the student who can’t bear to be too far from the mountains. Mt. Hutt, Mt. Olympus, Mt. Cheeseman, Mt. Dobson, Mt. Lyford and New Zealand’s tallest, Mt. Cook, are all within one to four hours of Christchurch with great skiing—not to mention the resorts, basins and valleys in between. The Southern Alps aren’t too far away, either, for a weekend trip to experience the Wanaka-Queenstown skiing scene.

This list wouldn’t be complete without a destination in Northern Italy! Not only is Milan near all of the skiing in Alps-bordering countries, it’s also near excellent Italian ski towns and the famous Dolomites. Spend your down time in scenic towns such as Cortina D’Ampezzo, Cervina and Madesimo. These towns have a unique multicultural atmosphere in addition to rich historic roots dating back to ancient times.

Uppsala is a great choice for the skier looking for a day-to-day smaller town vibe and a university setting. On days off, it’s a little bit of a journey to the slopes, but well worth the travel time. Boasting 90 pistes, night skiing, snow parks, World Cup events and a lively town scene, Uppsala is six to seven hours from Åre, the biggest ski resort in Sweden. Or try out Kläppen, Vemdalen or Sälen, some of which have more than 100 different slopes.

Chile may not be the first location that comes to mind for snow sports abroad, but Santiago offers a proximity to adventurous and unique South American ski experiences. Under 90 minutes from Santiago is (and we’re totally serious) El Colorado, offering a variety of slopes from beginner to expert.

Living in vibrant, metropolitan Tokyo may not be the instinctive choice for students looking to hit the slopes abroad. However, Japan is well known for its light, fluffy powder and is a haven for international skiers. Tokyo is four hours from the famous Hakuba Valley, which has nine resorts, endless miles of runs and excellent facilities after hosting the 1998 Winter Olympics.

Further away, Niseko in Hokkaido is great for skiers looking for a fusion of the resort and traditional Japanese experience—several resorts have onsen to warm up in after a long day in the cold. 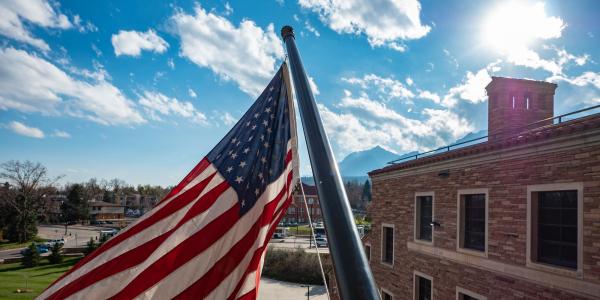 How to vote in the presidential primary

Don’t miss your opportunity to participate in Colorado’s presidential primary! Whether you already received your mail ballot or you need to register to vote, here's what you need to know. END_OF_DOCUMENT_TOKEN_TO_BE_REPLACED

Several labs on campus offer opportunities for community members, from children to adults, to participate in paid CU Boulder research. See if you qualify for any of the studies. END_OF_DOCUMENT_TOKEN_TO_BE_REPLACED 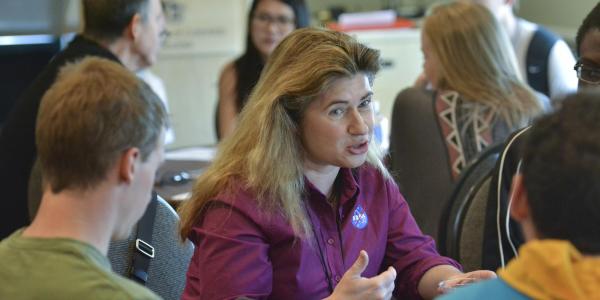 Apply to be a CWA speaker ambassador this April

Students make valuable career connections as speaker ambassadors, getting to network with experts from around the world during the Conference on World Affairs, April 6–10. END_OF_DOCUMENT_TOKEN_TO_BE_REPLACED
Return to the top of the page