How the solar system got its ‘Great Divide,’ and why it matters for life on Earth 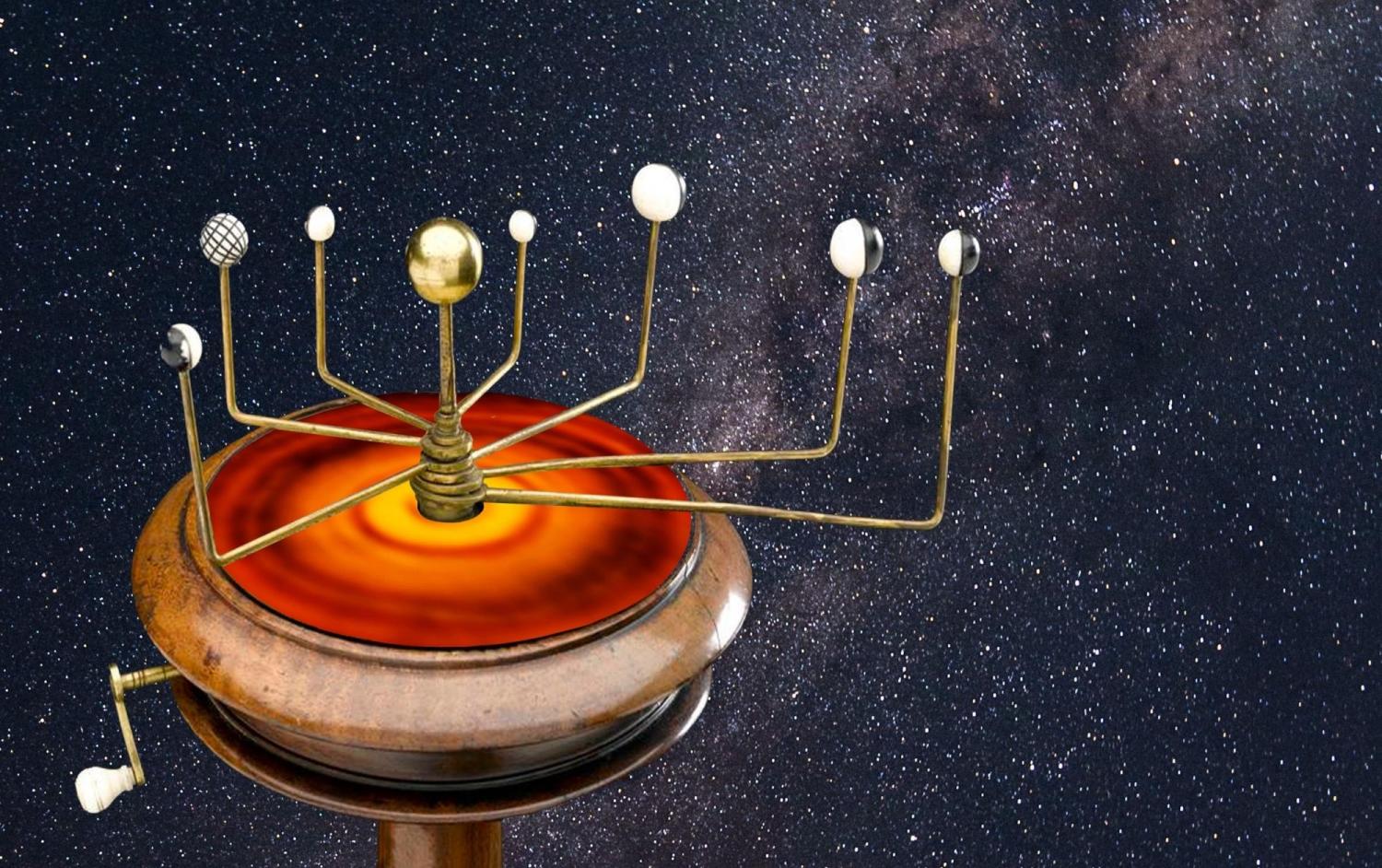 An orrery, a type of device once used to track the movements of the planets, sitting above an infrared image of a hypothetical "protoplanetary" disk that may have divided the solar system early in its history. (Credit: K. Ebert/Innovative Ideas & Methods)

Scientists, including those from CU Boulder, have finally scaled the solar system’s equivalent of the Rocky Mountain range.

In a study published today in Nature Astronomy, researchers from the United States and Japan unveil the possible origins of our cosmic neighborhood’s “Great Divide.” This well-known schism may have separated the solar system just after the sun first formed.

The phenomenon is a bit like how the Rocky Mountains divide North America into east and west. On the one side are “terrestrial” planets like Earth and Mars. They are made up of fundamentally different types of materials than the more distant “jovians,” such as Jupiter and Saturn.

“The question is: How do you create this compositional dichotomy?” said lead author Ramon Brasser, a researcher at the Earth-Life Science Institute (ELSI) at the Tokyo Institute of Technology in Japan. “How do you ensure that material from the inner and outer solar system didn’t mix from very early on in its history?”

Brasser and coauthor Stephen Mojzsis, a professor in CU Boulder’s Department of Geological Sciences, think they have the answer, and it may just shed new light on how life originated on Earth. 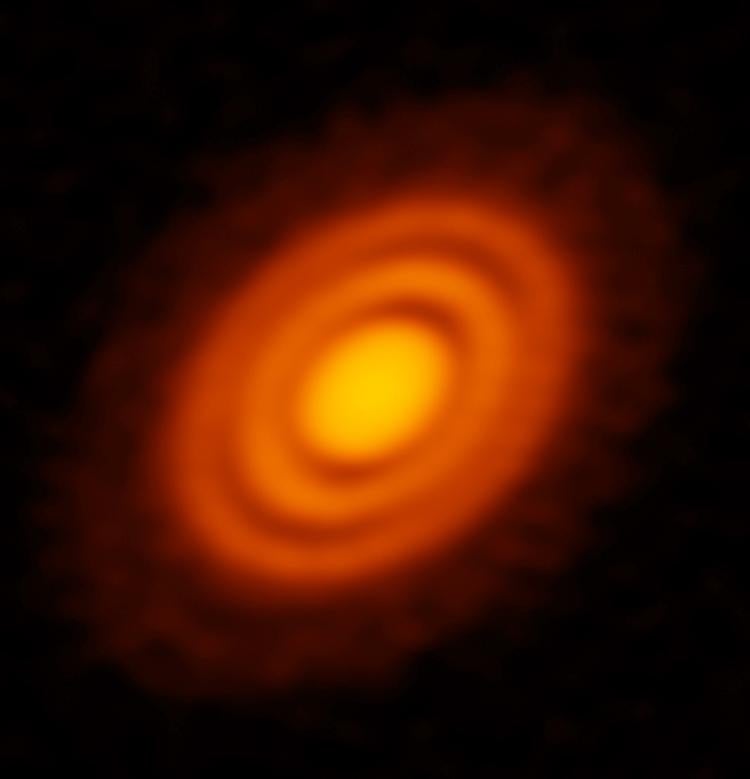 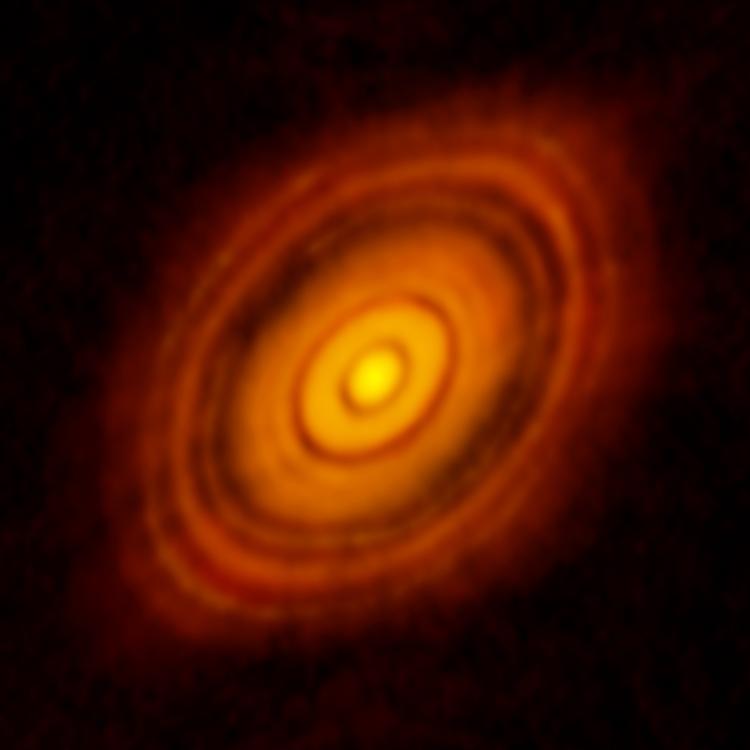 The duo suggests that the early solar system was partitioned into at least two regions by a ring-like structure that formed a disk around the young sun. This disk might have held major implications for the evolution of planets and asteroids, and even the history of life on Earth.

“The most likely explanation for that compositional difference is that it emerged from an intrinsic structure of this disk of gas and dust,” Mojzsis said.

Mojzsis noted that the Great Divide, a term that he and Brasser coined, does not look like much today. It is a relatively empty stretch of space that sits near Jupiter, just beyond what astronomers call the asteroid belt.

But you can still detect its presence throughout the solar system. Move sunward from that line, and most planets and asteroids tend to carry relatively low abundances of organic molecules. Go the other direction toward Jupiter and beyond, however, and a different picture emerges: Almost everything in this distant part of the solar system is made up of materials that are rich in carbon.

This dichotomy “was really a surprise when it was first found,” Mojzsis said.

Many scientists assumed that Jupiter was the agent responsible for that surprise. The thinking went that the planet is so massive that it may have acted as a gravitational barrier, preventing pebbles and dust from the outer solar system from spiraling toward the sun.

But Mojzsis and Brasser were not convinced. The scientists used a series of computer simulations to explore Jupiter’s role in the evolving solar system. They found that while Jupiter is big, it was probably never big enough early in its formation to entirely block the flow of rocky material from moving sunward.

“We banged our head against the wall,” Brasser said. “If Jupiter wasn’t the agent responsible for creating and maintaining that compositional dichotomy, what else could be?”

A solution in plain sight

For years, scientists operating an observatory in Chile called the Atacama Large Millimeter/submillimeter Array (ALMA) had noticed something unusual around distant stars: Young stellar systems were often surrounded by disks of gas and dust that, in infrared light, look a bit like a tiger’s eye.

If a similar ring existed in our own solar system billions of years ago, Brasser and Mojzsis reasoned, it could theoretically be responsible for the Great Divide.

That’s because such a ring would create alternating bands of high- and low-pressure gas and dust. Those bands, in turn, might pull the solar system’s earliest building blocks into several distinct sinks—one that would have given rise to Jupiter and Saturn, and another Earth and Mars.

In the mountains, “the Great Divide causes water to drain one way or another,” Mojzsis said. “It’s similar to how this pressure bump would have divided material” in the solar system.

But, he added, there’s a caveat: That barrier in space likely was not perfect. Some outer solar system material may still have climbed across the divide. And those fugitives could have been important for the evolution of our own world.

“Those materials that might go to the Earth would be those volatile, carbon-rich materials,” Mojzsis said. “And that gives you water. It gives you organics.”

The rest is Earth history.

A new NASA report shows that the University of Colorado Boulder is the top university recipient of NASA astrophysics technology grants. END_OF_DOCUMENT_TOKEN_TO_BE_REPLACED

CU Boulder has been selected as a member of the United States Space Command Academic Engagement Enterprise, a new national program designed to expand collaboration and academic exchanges between universities and Space Command. END_OF_DOCUMENT_TOKEN_TO_BE_REPLACED

Since July 2022, a miniature satellite about the size of a shoebox has been orbiting Earth and monitoring how much solar energy reaches the atmosphere, one of the "most important" Earth science measurements. Now, scientists are finalizing their analysis of the first five months of the testing. END_OF_DOCUMENT_TOKEN_TO_BE_REPLACED
Return to the top of the page