This story was adapted from one published by NASA's Goddard Space Flight Center. Read the original version here.

New time-lapse videos of Earth’s glaciers and ice sheets as seen from space—some spanning nearly 50 years—are providing scientists with new insights into how the planet’s frozen regions are changing.

At a media briefing Dec. 9 at the annual meeting of the American Geophysical Union in San Francisco, scientists released new time series of images of Alaska, Greenland, and Antarctica using data from satellites including the NASA-U.S. Geological Survey Landsat missions.

A section of the West Antarctic Ice Sheet as seen from space in visible (left) and microwave (right) light. Two subsurface lakes show up as dark patches in the microwave images. (Credit: ESA)

CU Boulder’s Devon Dunmire spoke at the briefing about her own search for liquid water lakes hidden below the surface of Antarctica—features that, she said, could have huge influences on the future of polar ice sheets.

“Meltwater impacts ice shelf stability but we don't necessarily know the distribution of all meltwater across Antarctica because some is located beneath the surface in subsurface lakes,” said Dunmire, a graduate student in the Department of Atmospheric and Oceanic Sciences. “We won't have a complete grasp on how meltwater impacts Antarctic ice shelves until we understand the volume and location of subsurface lakes.”

Watch a recording of the media briefing here.

Other research highlighted at the media briefing included a series of images that illustrate the dramatic changes of Alaska’s glaciers and could warn of future retreat of the Hubbard Glacier. Over Greenland, different satellite records show a speed-up of glacial retreat starting in 2000, as well as meltwater ponds spreading to higher elevations in the last decade, which could potentially speed up ice flow.

The Landsat satellites have provided the longest continuous record of Earth from space.

But it doesn’t always take decades worth of data to study polar features—sometimes just a year or two will provide insights. The Antarctic ice sheet experiences surface melt, but there are also lakes several meters below the surface, insulated by layers of snow.

To see where these subsurface lakes are, Dunmire used microwave radar images from the European Space Agency’s Sentinel-1 satellite. Snow and ice are basically invisible to microwave radiation, but liquid water strongly absorbs it.

Dunmire’s new study, presented at the AGU meeting, found lakes dotting the George VI and Wilkins ice shelves near the Antarctic Peninsula—even a few that remained liquid throughout the winter months. These hidden lakes might be more common than scientists had thought, she said, noting that she is continuing to look for similar features across the continent’s ice shelves.

For more information on Landsat and the upcoming Landsat 9 mission, visit: nasa.gov/landsat or usgs.gov/landsat. 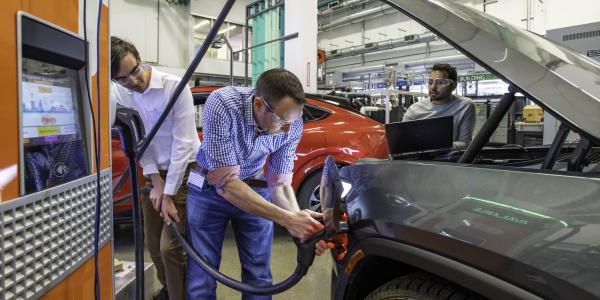 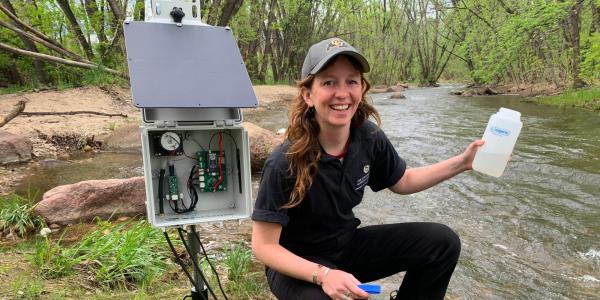 Researchers at CU Boulder have developed and validated a new sensor for E. coli risk detection that features an impressive 83% accuracy rate when detecting contamination in surface waters. END_OF_DOCUMENT_TOKEN_TO_BE_REPLACED 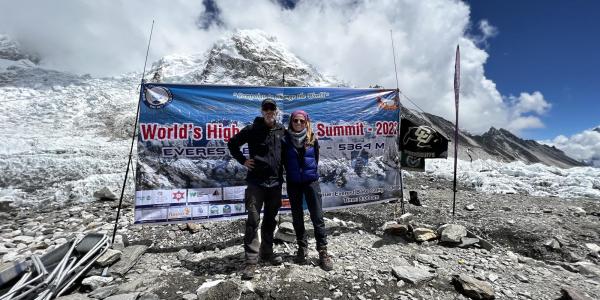 This past May, Joanna Lambert traveled around the globe, met with world leaders and hiked up the world’s highest mountain to speak about how climate change is increasing human and wildlife conflict around the world. END_OF_DOCUMENT_TOKEN_TO_BE_REPLACED
Return to the top of the page