CO-LABS has announced the winners of the 2019 Governor’s Award for High-Impact Research, and University of Colorado Boulder researchers contributed to all three winning projects. CO-LABS is a non-profit organization that supports the state’s federally funded research centers and runs an annual competition to highlight some of Colorado’s most high-impact science. 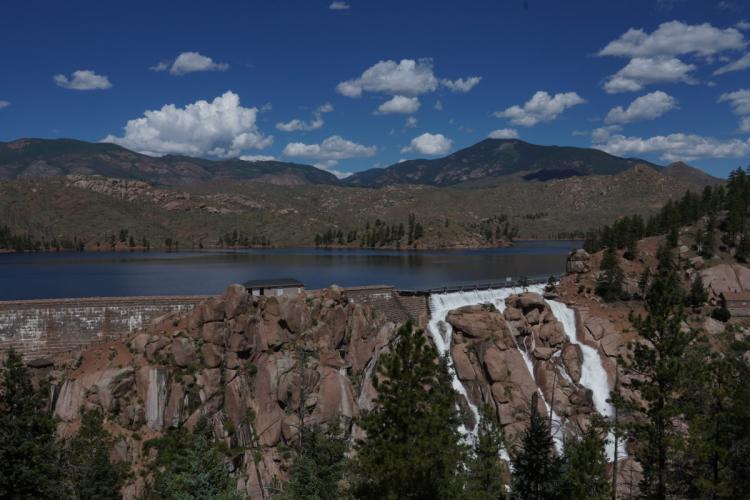 In the “Pathfinding Partnerships” category, CO-LABS recognized researchers from the Renewable And Sustainable Energy Institute (RASEI) at CU Boulder, the National Institute of Standards and Technology (NIST) in Boulder, and the Cooperative Institute for Research in Environmental Sciences (CIRES) at CU Boulder. This team developed an instrument based on Nobel Prize-winning technology developed at JILA, NIST, and CU Boulder, which can pinpoint small methane leaks from more than one mile away. The team ruggedized and commercialized a dual-comb spectrometer for use in oil and gas fields: In 2018, members of the team and local business experts founded LongPath Technologies to provide monitoring services to oil and gas partners.

The award recognizes 13 people, four of them affiliated with various departments and group at CU Boulder: Greg Rieker, Caroline Alden, Sean Coburn, and Robert Wright. Their colleagues are from NIST and LongPath Technologies.

“These creative partnerships helped the team do the unthinkable: leverage Nobel-Prize winning technology into something that the oil and gas industry could use daily to improve its environmental footprint, save lives and save money,” said Terri Fiez, CU Boulder’s Vice Chancellor for Research & Innovation.

In the “Manifestation Mastery” category, the winning team includes CIRES researchers working in the NOAA Earth System Research Laboratory’s Global Monitoring Division and Chemical Sciences Division. Along with their federal colleagues, this team was recognized for a data sleuthing effort that revealed violations of the Montreal Protocol, an international agreement to protect the planet’s ozone layer. The work resulted in China recognizing and taking steps to address this violation.

In 2018, the researchers, led by NOAA scientist and CIRES Fellow Stephen Montzka, discovered an unexpected global increase in emissions of CFC-11, one of the main chemicals responsible for the Antarctic ozone hole, beginning in 2013. Their research, published in Nature, implied outlaw production of the chemical. A 2019 Nature paper confirmed the findings of the original study and presented strong evidence that China was violating the Montreal Protocol.

In response to this team’s work, the international body that oversees the Montreal Protocol has been working to better understand the problem, incorporating input and advice from its main advisory bodies into an effective global response, and the Chinese government has presented a national-scale plan to reinvigorate their efforts to comply with the Protocol. CIRES scientists comprised 9 members of the 14-member NOAA-CIRES team: Geoff S. Dutton, Eric Ray, Pengfei Yu (now at the Institute for Environment and Climate Research at Jinan University in Guangzhou, China), Debra Mondeel, Carolina Siso, David Nance, Lei Hu, Fred Moore, and Ben R. Miller.

Also in the category of “Pathfinding Partnerships,” Jeff Lukas from the CIRES Western Water Assessment and Eric James, a CIRES scientist who works in NOAA ESRL’s Global Systems Division, were recognized for their work on a multi-agency, public-private collaboration to estimate probable maximum precipitation and frequency of extreme events above dams In Colorado and New Mexico, to enhance safety and community resilience efforts and inform the Colorado State Engineer and Army Corp of Engineers' priorities and urgent projects. The project leads are Kelly Mahoney from NOAA ESRL’s Physical Sciences Division and William McCormick from the Colorado Division of Water Resources.

Colorado has one of the highest per capita concentrations of federal science, research and engineering facilities in the nation, according to CO-LABS, a consortium of federally funded scientific laboratories, universities, businesses, local governments, and community leaders organized to showcase Colorado’s research facilities. CO-LABS launched the Governor’s Award for High-Impact Research in 2009. This year’s awards will be presented on Nov. 12 at the Denver Museum of Nature & Science. 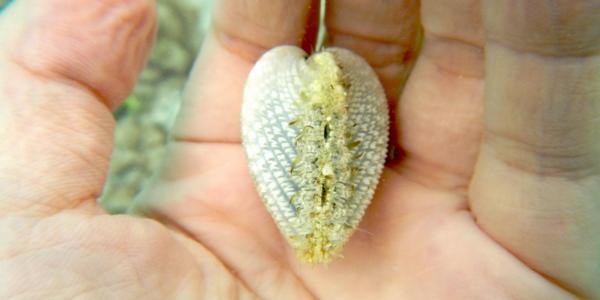 An evolutionary biologist who studies how clams and other animals collaborate with algae to thrive in oceans around the world has won a prestigious fellowship. END_OF_DOCUMENT_TOKEN_TO_BE_REPLACED 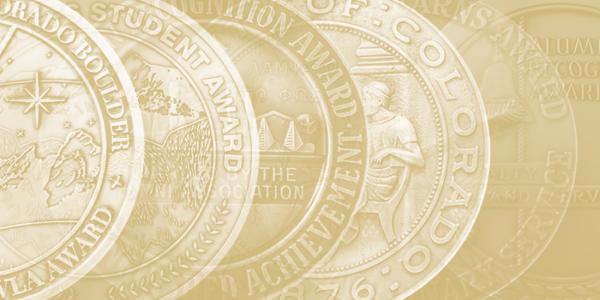 In one of the campus's longest-standing traditions, 8 outstanding individuals, plus the campus's Pandemic Scientific Steering Committee and Science Team—including 12 individuals—are being honored with Alumni Awards for 2021. END_OF_DOCUMENT_TOKEN_TO_BE_REPLACED 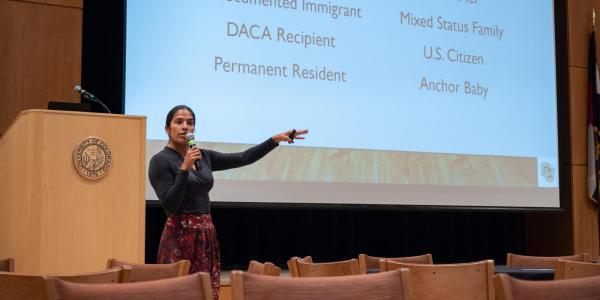 Congressman Joe Neguse announced Professor Violeta Chapin as the winner of the 2021 Polly Baca Raíces Fuertes Community Leader Award in honor of Hispanic Heritage Month. END_OF_DOCUMENT_TOKEN_TO_BE_REPLACED
Return to the top of the page