Students make their own books that are accessible to kids with visual impairments, create posters about internet safety, deliver newscasts in front of a green screen and much more.

The lab’s goal is to foster an environment where schools and schoolchildren alike can reimagine what it means to be literate in a digital world.

How can you make an old fable such as the "Ant and the Grasshopper", Aesop’s classic tale about the value of hard work, come alive for audiences today?

For one Colorado student, a boy at Lafayette Elementary School, the answer was simple: Just add sound.

The student—let’s call him Adam for the sake of his privacy—was participating last spring in an after-school program called the Literacy and Media Lab. The lab represents a partnership between CU Boulder and the Boulder Valley School District. On one weekday afternoon, Adam made a grasshopper out of construction paper. Then the young learner used an electronics kit designed for kids called Makey Makey to give his grasshopper its telltale noise.

“You would press on the grasshopper, and you would hear the ‘chirp, chirp,’” said Bridget Dalton, an associate professor in CU Boulder’s School of Education and one of two directors for the project.

The student, in other words, had merged technology with old-fashioned storytelling to take a new twist on Aesop’s tale. It was an ordinary day for the experimental program, which has completed its second year, serving more than 30 kids in the process.

Students in this lab don’t write essays or read assigned books, Dalton said. Instead, they make their own books, using craft materials to design three-dimensional stories that are accessible to kids with visual impairments. They also do things like create eye-catching posters about internet safety and deliver newscasts in front of a green screen.

The goal is to foster an environment where schools and schoolchildren alike can reimagine what it means to be literate in a digital world.

“We want children to develop as writers, of course, but we also want them to learn the ability to express themselves and communicate,” Dalton said. “That’s what counts, and there are lots of ways to do that.”

For more than a decade, Dalton has studied how young children can express themselves through multiple modes, such as drawings, sound effects, animations and more.

She was teaching a course on the topic a few years ago for the Literacy Studies Master’s program at CU Boulder. Dalton realized, however, that the class wasn’t as fun as it could be.

“To really make this more meaningful, I wanted to connect our work to what children are actually doing,” Dalton said.

And that’s what happens every spring semester at Lafayette Elementary School. Once a week, roughly 15 to 20 kids from various grades meet with a team of teachers in the master’s program to work in groups of two or three on their latest assignment. That could mean designing a multimedia comic book or creating a computer animation of an elephant. 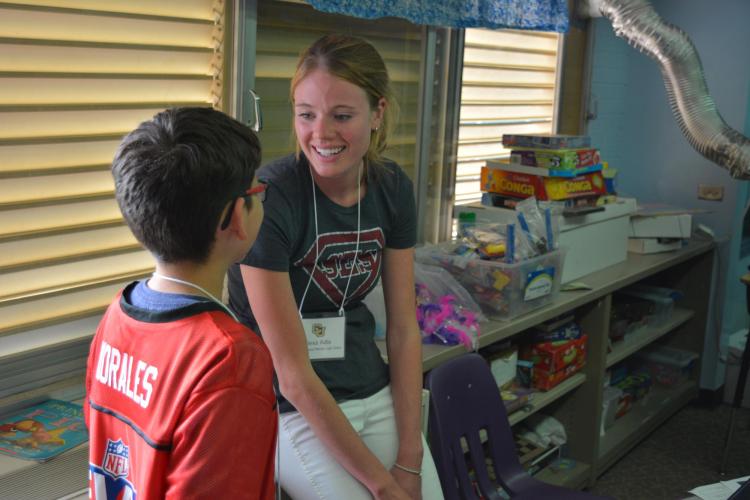 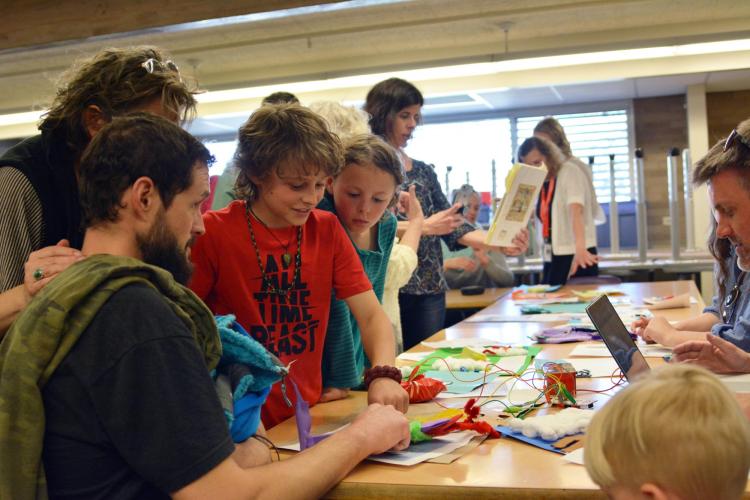 “The students all really enjoyed coming back to school” for this afternoon program, said Stephanie Jackman, the principal of Lafayette Elementary. “They were able to utilize what they had learned in practicing literacy and put it into digital media.”

To stretch those skills, students and teachers alike gather at her school’s recently-built makerspace—dubbed the Cougar Curiosity Cave (and named after the school’s mascot). The space is overflowing with resources for making things, from old pipe cleaners and crayons to new Chromebooks and mobile apps.

“We’re surrounded by Legos and books about creating,” said Silvia Noguerón-Liu, an assistant professor in education at CU Boulder, who directs the program with Dalton.

These afternoons, however, are about more than arts and crafts, Noguerón-Liu said. As the project’s name suggests, it’s also an educational laboratory.

Here, the after-school team can come up with new ways to teach kids literacy lessons, then test them out at the same time. The group also shares its insights with the broader education community through its blog.

“Part of what we want is for these teachers to take what they’re doing and adapt it for their classroom,” Noguerón-Liu said.

Noguerón-Liu also recognizes that not everyone may be on board with the idea of digital literacy. Many parents and teachers alike are concerned about how too much screen time can influence the brains of young children.

But Dalton notes that digital tools and multimedia are already out there. Teachers, she said, can play an important role in figuring out how new technology can help kids to learn, not just distract themselves.

“Literacy now means working with multiple modes and digital tools to engage in creative expression and also to express yourself as a learner,” Dalton said.

Principal Jackman, for her part, is eager to see how her students will express themselves next.

“Every year, it gets better and better,” she said.

This work was funded by a Place-based Partnerships Seed Grant from the School of Education at CU Boulder and through the U.S. National Science Foundation as part of the Build a Better Book project. 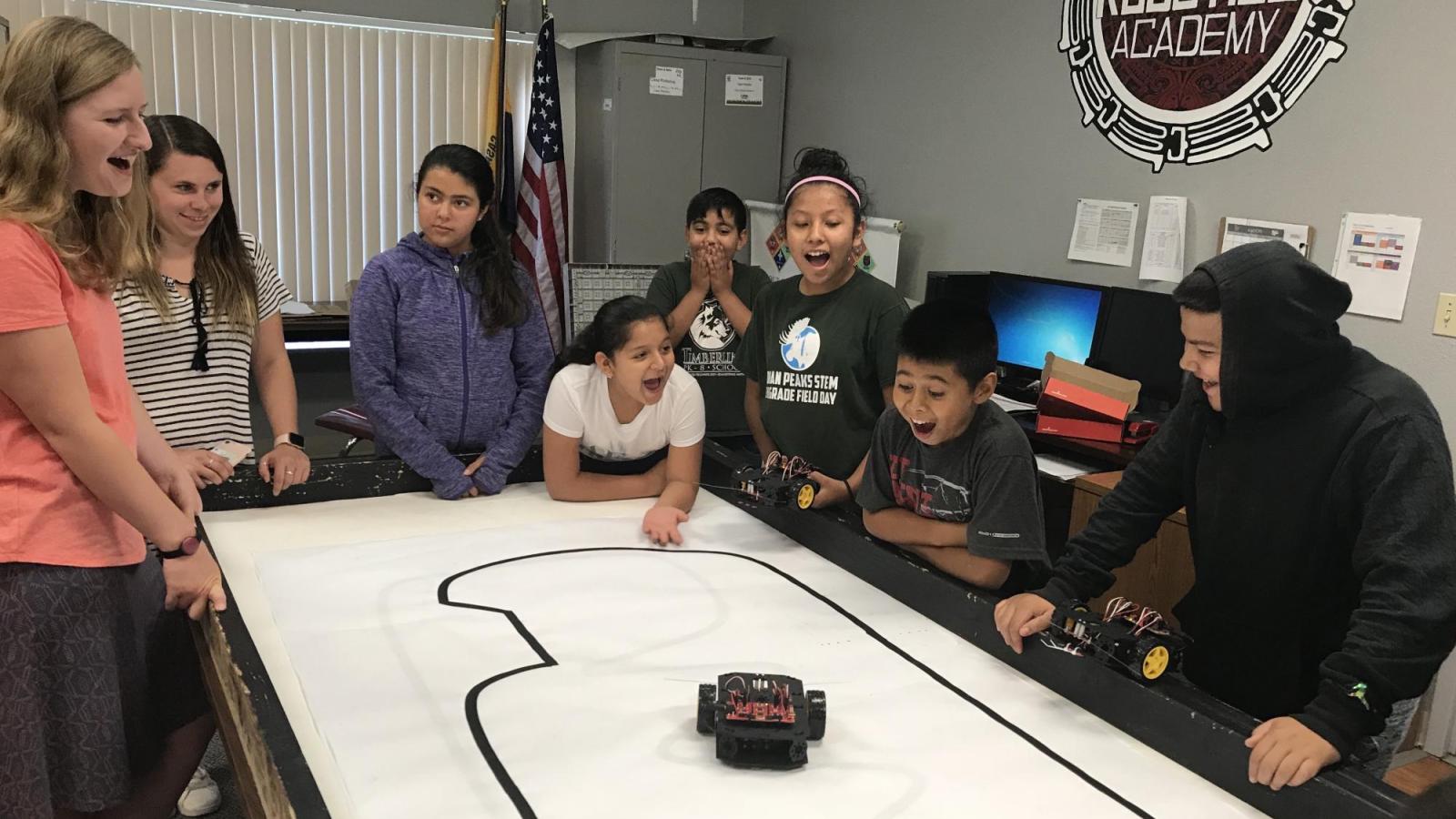 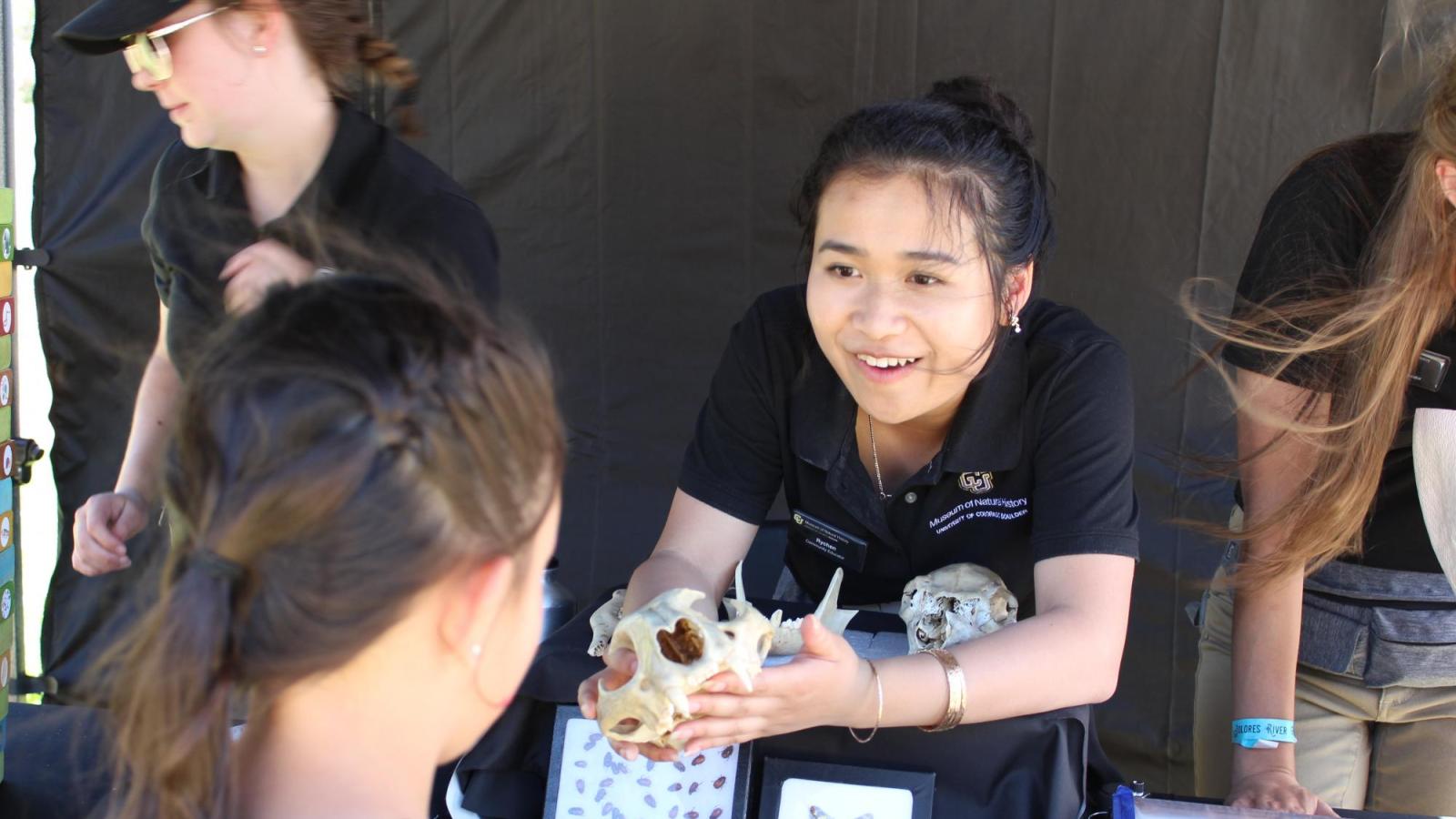 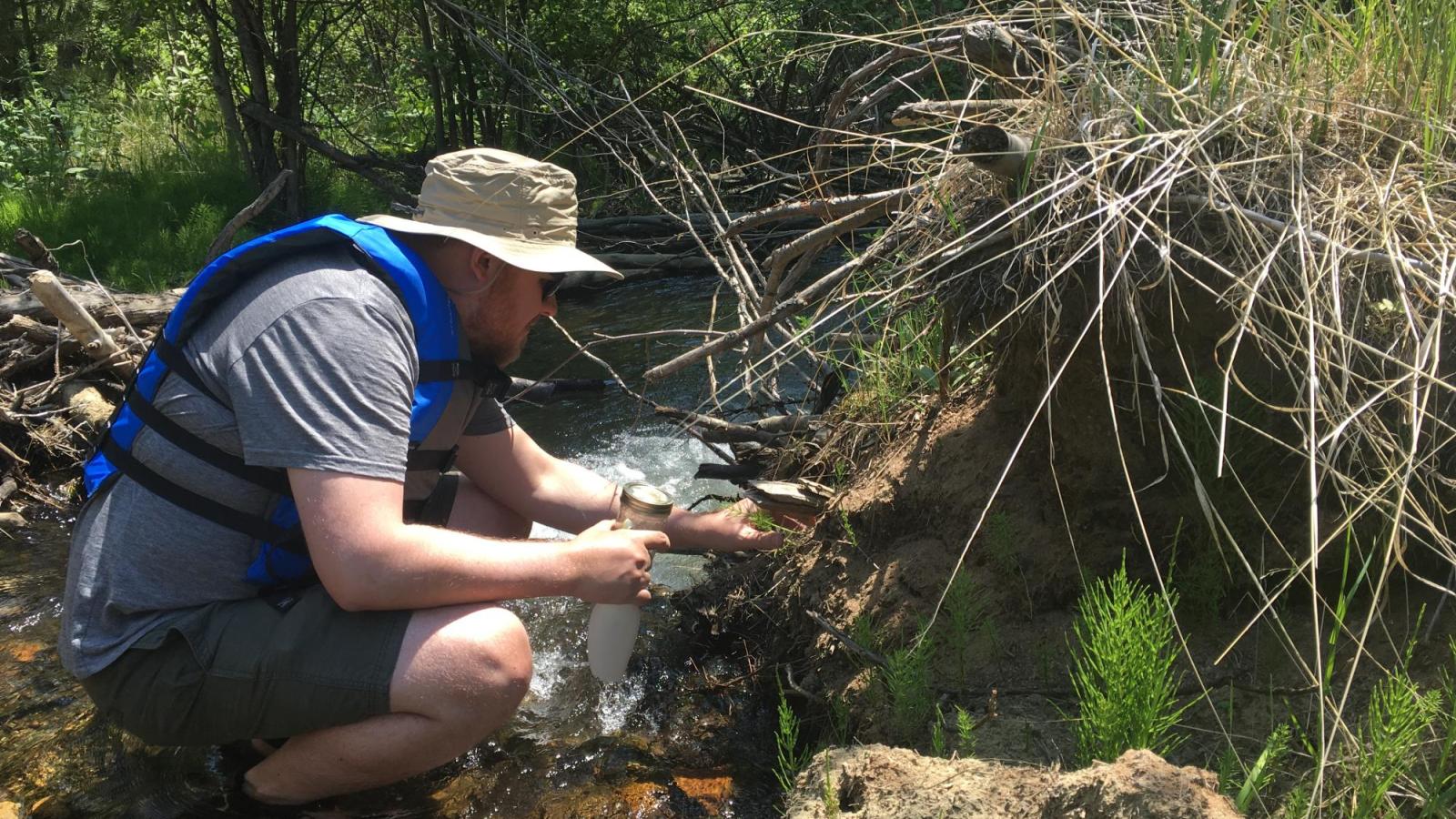 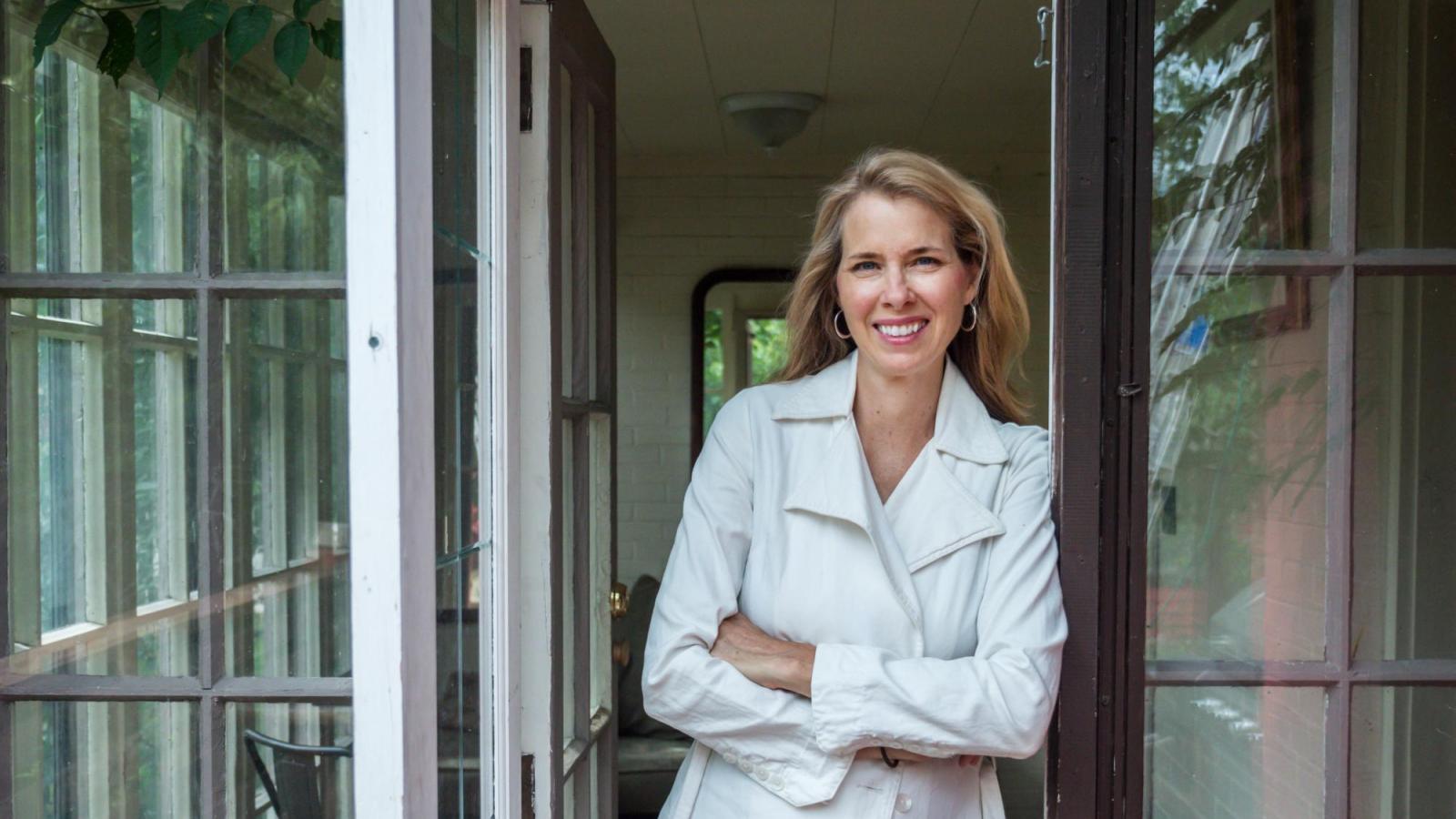 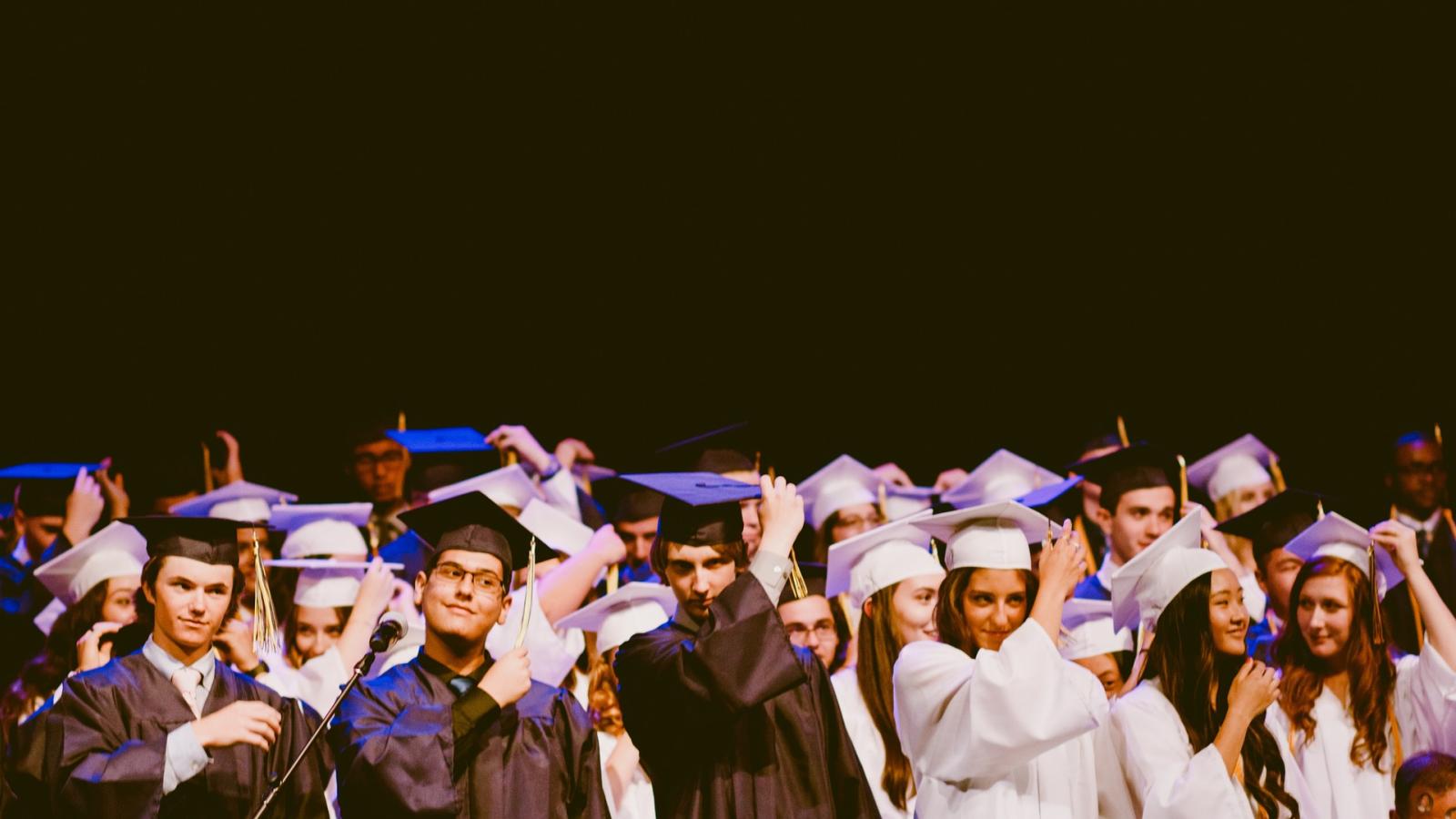 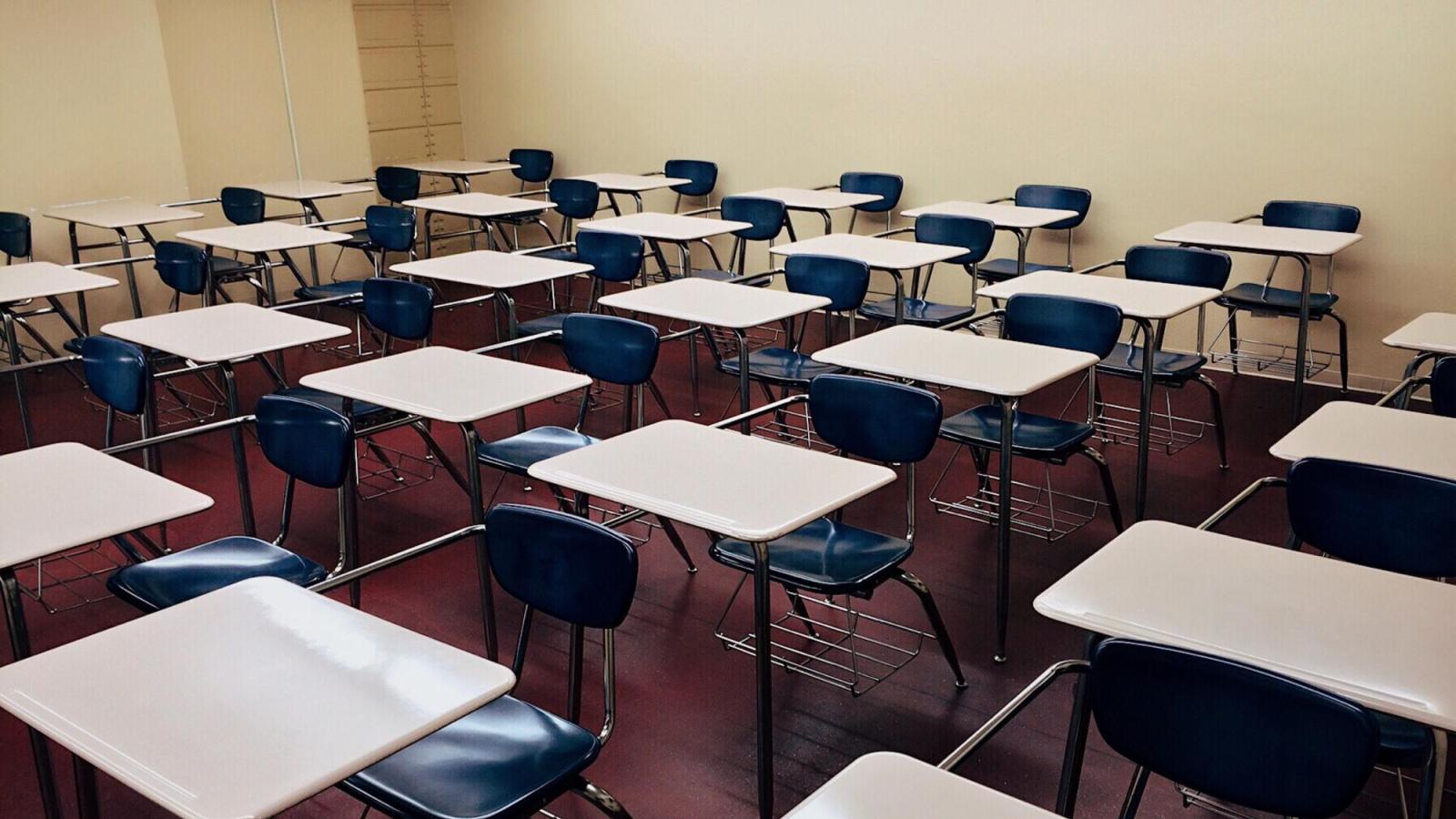