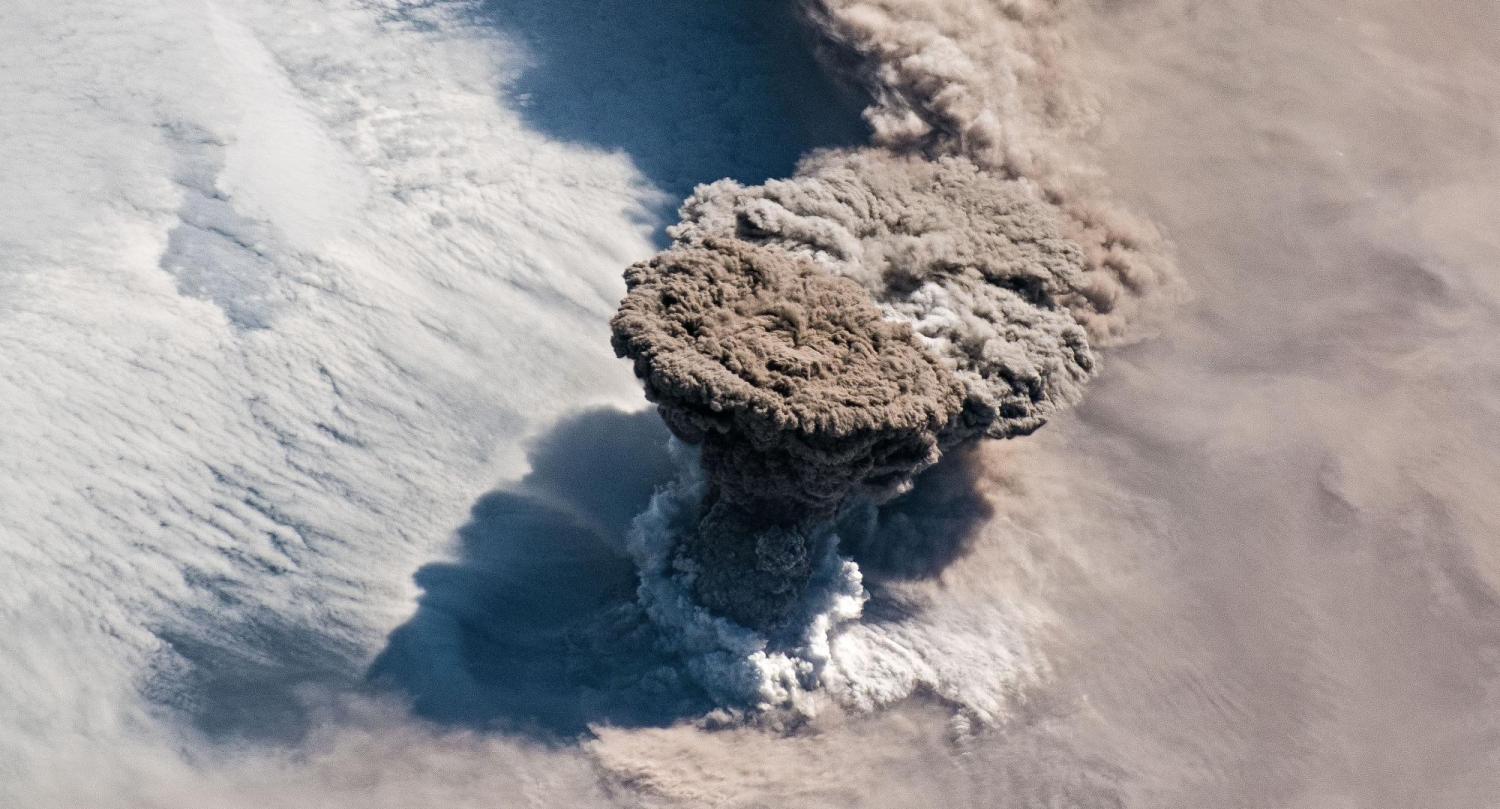 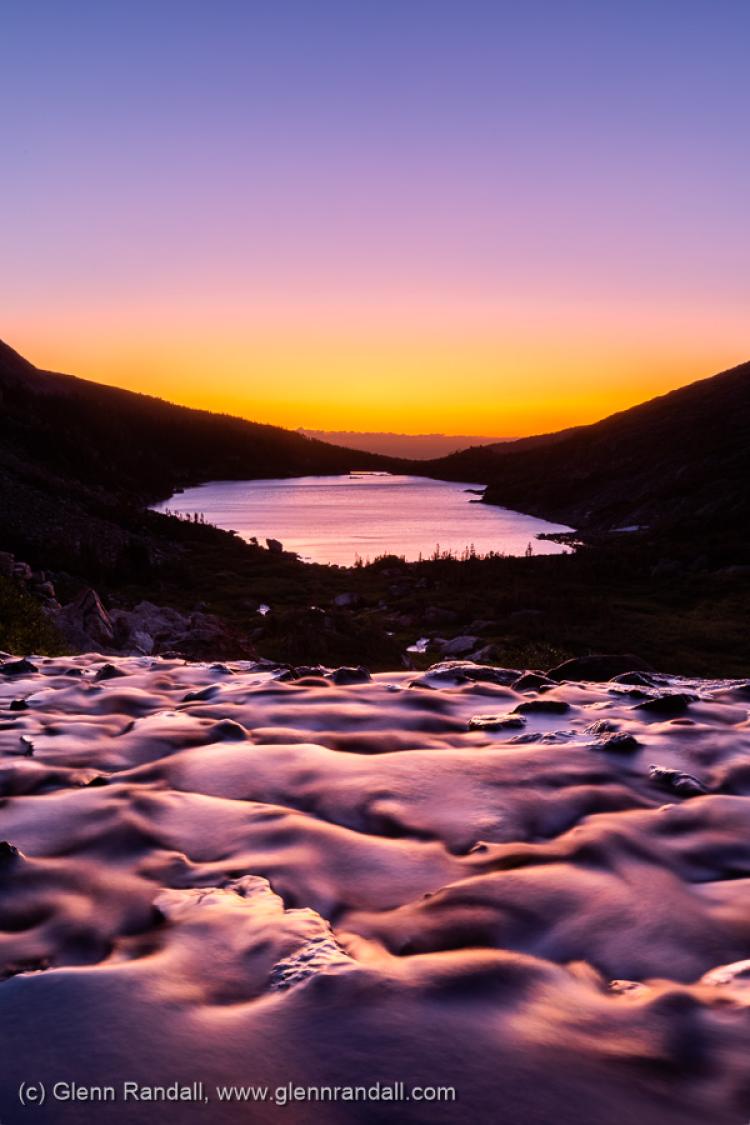 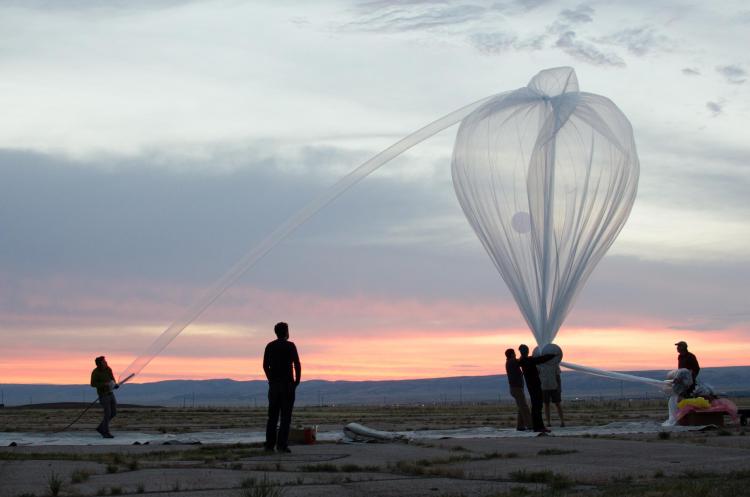 Early one morning in late August 2019, Colorado photographer Glenn Randall hiked several miles to a stream flowing into Lake Isabelle in the Indian Peaks Wilderness. He set up his camera near the stream and began photographing about 20 minutes before sunrise when a golden glow developed at the horizon.

It wasn’t until Randall was back at home, however, that he noticed something odd: The sky above the golden glow and its reflection in the water were both a deep violet.

“I was editing the photos and thought, ‘Wow, that water is purple,’” Randall said.

He’s not alone. Photographers across the country have noticed that sunrises and sunsets have become unusually purple this summer and early fall.

Now, researchers at CU Boulder have collected new measurements that help to reveal the cause of those colorful displays: an eruption that occurred thousands of miles away on a Russian volcano called Raikoke.

Around the same time that Randall was taking his photos, the team of atmospheric scientists used a high-altitude balloon to detect particles created by that eruption in Earth’s stratosphere. These particles, or aerosols, scatter sunlight as it passes through the air, which in combination with the absorption of light by the ozone layer, gives sunrises and sunsets that purple tint.

There’s no cause for concern, said Lars Kalnajs, who led the balloon team. But the purple skies show that even seemingly-isolated volcanic eruptions can have global consequences.

“A really big eruption would have a major impact on humanity, so it’s something we need to be ready for,” said Kalnajs, a research associate in the Laboratory for Atmospheric and Space Physics (LASP).

The year without summer

Such big eruptions have happened before. In 1815, for example, Mount Tambora in modern-day Indonesia ejected a historic volume of ash and sulfur dioxide high into the air. The plume lingered in the atmosphere, shading the planet and disrupting weather around the world.

“The year after in history is known as the year without summer,” said Kalnajs, also of the Department of Atmospheric and Oceanic Sciences. “There were crop failures all over the world, and there was ice in rivers in Pennsylvania that didn’t melt until June.”

It’s the sort of disaster that he and his colleagues from NASA, the U.S. National Oceanic and Atmospheric Administration and several European institutes are ready for.

The team relies on high-altitude balloons, which can soar to more than 20 miles above the ground, to measure natural aerosols and occasional biproducts of volcanic eruptions in the atmosphere.

“It’s really important when major eruptions happen that we get data quickly,” Kalnajs said. “We need to figure out if this is going to be the kind of thing that impacts hundreds of thousands of people around the world, or is going to be to be more minor?”

Raikoke gave them a good test for their skills. The volcano, which sits in the Kuril Islands off the eastern coast of Russia, erupted on June 22, 2019. Early data from NASA suggested that the explosion injected sulfur dioxide gas, which can lead to the formation of aerosols, into Earth’s stratosphere—a layer of the atmosphere that begins about 7.5 miles above the surface.

Kalnajs and his colleagues wanted to see if they could find hints of that eruption in the stratosphere. In August, the team released a balloon near Laramie, Wyoming, and hit paydirt.

Based on the group’s preliminary data, which it will publish later this year, some aerosol layers in the stratosphere were 20 times thicker than normal in the wake of the eruption.

“It makes you realize that you don’t have to put a whole lot of aerosols into the stratosphere to change its composition,” Kalnajs said. “This was a relatively small volcanic eruption, but it was enough to impact most of the northern hemisphere.”

It could also explain why, at the same time, observers with keen eyes like Randall—whose wife, Cora, is a professor in atmospheric and oceanic sciences at CU Boulder—were noticing purple skies across the U.S. Such light displays likely haven’t been seen since Mount Pinatubo in the Philippines erupted in 1991.

Kalnajs noted that the effect won’t last for long and is subtle. You’ll need the right weather conditions and a bit of luck to spot the phenomenon. But, he said, it’s a reminder that scientists will need to keep an eye out for the next Mount Tambora.

“It will happen at some point, whether that’s in one year, five years or 100 years,” Kalnajs said. 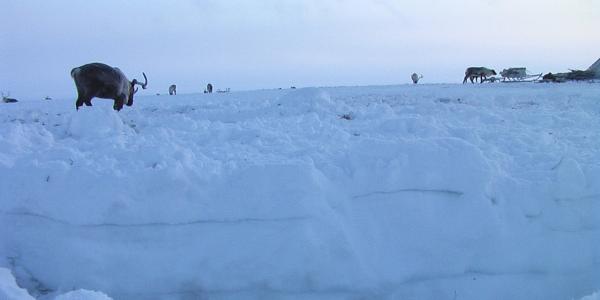 More rain than snow will fall in the Arctic, and this transition will occur decades earlier than previously predicted, a new study led by the University of Manitoba and co-authored by scientists at the National Snow and Ice Data Center at CU reports. END_OF_DOCUMENT_TOKEN_TO_BE_REPLACED 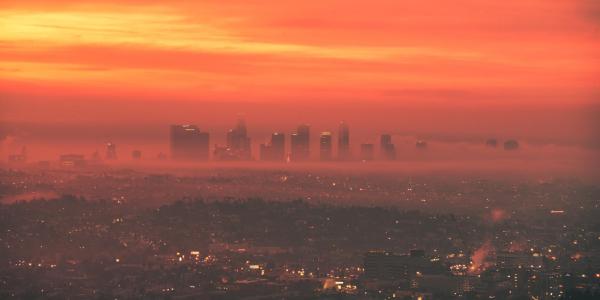 Car tailpipes spew out molecules of ammonia, a harmful air pollutant that can lead to thousands of premature deaths every year. New research shows that vehicles may produce a lot more of these emissions than federal and state regulators have believed. END_OF_DOCUMENT_TOKEN_TO_BE_REPLACED 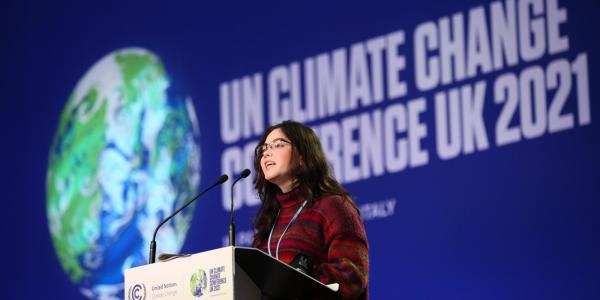 The 26th United Nations Climate Change Conference of the Parties recently came to an end, and participants came away with the Glasgow Climate Pact––a rulebook for complying with the 2015 Paris Agreement. Leaders must now follow through. END_OF_DOCUMENT_TOKEN_TO_BE_REPLACED
Return to the top of the page