A computer system that knows how you feel

Watch a test of EmoNet

Could a computer, at a glance, tell the difference between a joyful image and a depressing one?

Could it distinguish, in a few milliseconds, a romantic comedy from a horror film?

Yes, and so can your brain, according to research published this week by CU Boulder neuroscientists.

“Machine learning technology is getting really good at recognizing the content of images—of deciphering what kind of object it is,” said senior author Tor Wager, who worked on the study while a professor of psychology and neuroscience at CU Boulder. “We wanted to ask: Could it do the same with emotions? The answer is yes.”

It also sheds a new, different light on how and where images are represented in the human brain, suggesting that what we see—even briefly—could have a greater, more swift impact on our emotions than we might assume.

“A lot of people assume that humans evaluate their environment in a certain way and emotions follow from specific, ancestrally older brain systems like the limbic system,” said lead author Philip Kragel, a postdoctoral research associate at the Institute of Cognitive Science. “We found that the visual cortex itself also plays an important role in the processing and perception of emotion.”

The birth of EmoNet

For the study, Kragel started with an existing neural network, called AlexNet, which enables computers to recognize objects. Using prior research that identified stereotypical emotional responses to images, he retooled the network to predict how a person would feel when they see a certain image. 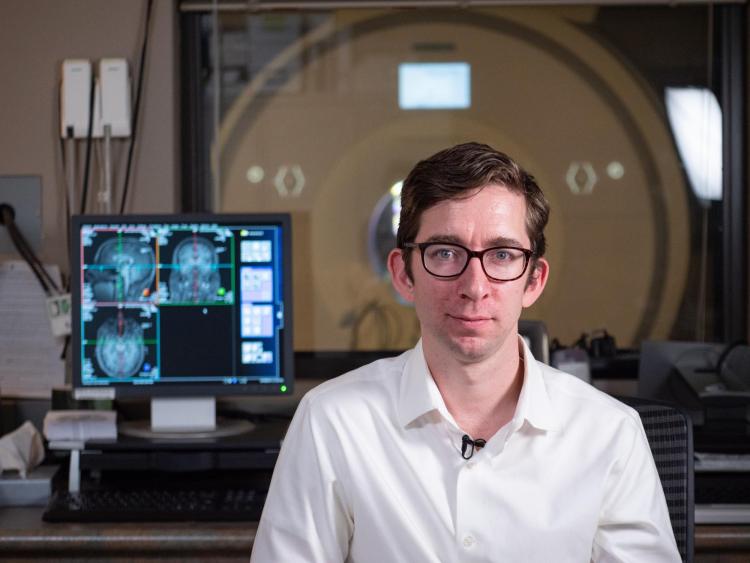 EmoNet could accurately and consistently categorize 11 of the emotion types. But it was better at recognizing some than others. For instance, it identified photos that evoke craving or sexual desire with more than 95 percent accuracy. But it had a harder time with more nuanced emotions like confusion, awe and surprise.

Even a simple color elicited a prediction of an emotion: When EmoNet saw a black screen, it registered anxiety. Red conjured craving. Puppies evoked amusement. If there were two of them, it picked romance.  EmoNet was also able to reliably rate the intensity of images, identifying not only the emotion it might illicit but how strong it might be.

When the researchers showed EmoNet brief movie clips and asked it to categorize them as romantic comedies, action films or horror movies, it got it right three-quarters of the time.

What you see is how you feel

To further test and refine EmoNet, the researchers then brought in 18 human subjects.
As a functional magnetic resonance imaging (fMRI) machine measured their brain activity, they were shown 4-second flashes of 112 images. EmoNet saw the same pictures, essentially serving as the 19th subject.

When activity in the neural network was compared to that in the subjects’ brains, the patterns matched up.

“We found a correspondence between patterns of brain activity in the occipital lobe and units in EmoNet that code for specific emotions. This means that EmoNet learned to represent emotions in a way that is biologically plausible, even though we did not explicitly train it to do so,” said Kragel.

The brain imaging itself also yielded some surprising findings. Even a brief, basic image – an object or a face – could ignite emotion-related activity in the visual cortex of the brain. And different kinds of emotions lit up different regions.

“This shows that emotions are not just add-ons that happen later in different areas of the brain,” said Wager, now a professor at Dartmouth College. “Our brains are recognizing them, categorizing them and responding to them very early on.”

Ultimately, the resesarchers say, neural networks like EmoNet could be used in technologies to help people digitally screen out negative images or find positive ones. It could also be applied to improve computer-human interactions and help advance emotion research.

The takeaway for now, says Kragel:

“What you see and what your surroundings are can make a big difference in your emotional life.”

Arteriviruses, which are already common in African monkeys and known to cause fatal outbreaks, appear to have learned how to access human cells, replicate and evade human immune systems—a warning sign these could become next in a long line of viruses to jump from nonhuman primates to people, new laboratory research shows. END_OF_DOCUMENT_TOKEN_TO_BE_REPLACED

Researchers from CU Anschutz and CU Boulder are developing an artificial intelligence tool to diagnose dementia at earlier stages in an effort to curb its progress and plan more effective treatment options. END_OF_DOCUMENT_TOKEN_TO_BE_REPLACED

New research highlights how taming chronic, low-level inflammation through diet, exercise, rest and stress management could help fend off serious and lasting impacts of the virus. END_OF_DOCUMENT_TOKEN_TO_BE_REPLACED
Return to the top of the page